Changes In The Insider Trading Laws In India 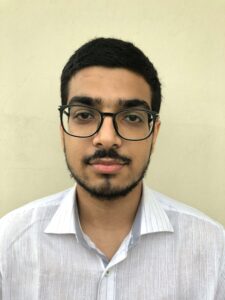 This Blog is written by Yash Yadav from Alliance University, Bengaluru. Edited by Yash Jain.

This article will revolve around the concept of Insider Trading in India. In light of the prohibition of insider trading all over the world including India, this article will focus on Recent changes in the rules and regulations regarding Insider Trading. First of all, one should know about the What is the meaning of Insider Trading. There is no such specific definition of Insider Trading. Insider Trading is trading which involves the Intentional exploitation or use of unpublished price sensitive information which is obtained through any privileged relationship for trading in the shares and securities with a sole purpose of using that sensitive information for gaining or to avoid any loss at the expense of the uninformed general public and when the prices of stocks and securities would change if that sensitive information would be disclosed at that particular time frame. If one looks into the Insider Trading in simple word it means Insider trading is an illegal to practice in trading upon the stock exchange that would turn to one’s own benefit or advantage of its own through having the access at that sensitive or confidential information which is nonpublic. In other words, it is the buying and selling of securities by someone who already possesses the nonpublic information about the security. Insider trading can be illegal as well legal which completely depends upon when the insider makes the trade. It will be illegal if that particular material information is nonpublic and it will be legal when the direction of the company buys or sell any shares, but the main difference is that they disclose their transaction legally. Due to the reason of illegal insider trading, there are various rules and regulation as well as punishments for the practice of illegal trading and recently, there are some noticeable changes in the Insider Trading Laws which will be covered along with the events which lead to this situation supporting it the case laws related to the Insider trading.

If we see what led to the prohibition and introduction of the Insider Trading Laws in the first place was the malpractices used by the various traders to manipulate the whole trade situation and leading them to their own benefit as the smooth operation of the securities market that leads to the healthy growth and development mainly depends upon the quality and integrity of that particular market which also boost the confidence of the investors but which is faced in the market is that the same investors that causes loss in trust and confidence is the Insider Trading and if we look int the development of laws regarding the Insider trading came first in USA as in the USA the Security an Exchange commission is authorized under Insider Trading Act, 1984 under which the can impose civil and criminal proceedings in USA and since then various countries have taken step to tackle the insider trading all across the world including India as in India SEBI Insider Trading Regulation 1992 under the section 11 of the SEBI act, 19992 under which they have given authorization to prevent and tackle the problem of Insider trading in Securities and since then they have ben amended few times and recently Insider trading laws are amended which would be further discussed in the article.

There are various case laws that were going on in court related to insider trading in India. The following case laws are as follows:

This case is mainly concerned regarding the purchase of Rs. 8 lakh shares by Hindustan Liver Limited (HLL) of BBIL from the place of Unit Trust of India on 25th March 1996 and this purchase was made barely two weeks ahead to a public announcement for a proposed merger between HLL and BBLIL. Upon doing an investigation, SEBI found that HLL at the time of purchasing those particular shares was an insider at that moment. SEBI while doing investigation also found out that at the time of purchase of those particular shares of BBLIL from UTI, HLL was founded as an insider under Section 2(e) of the 1992 Regulations. After founding out that HLL filed an appeal before the appellate authority by asking on what grounds they can be entitled as an insider. But after hearing on the evidence presented by HLL, the appellate authority appreciated the evidence presented by HLL but also it was not enough to prove it against the insider. Consequently, the appellate authority found t investigations conducted by SEBI was right. Currently, the matter is pending before the Honourable Supreme Court.

In this particular case in half of the fiscal year the profit generated by TISCO for the primary half of the fiscal year 1992-93 felt to Rs. 50.22 crore as compared to the profit of roughly Rs. 278.16 crore for the previous fiscal year i.e. 1991-92. Before the announcement of the half-yearly results, there was intense activity within the trading of share between October 22, 1992, and October 29, 1992. However, the SENSEX saw a decline of 8.3% during an equivalent period. The insiders who had the knowledge of an equivalent had manipulated the market to form short sales. Small investors were hit badly and due to the absence of trading regulations in India, it got impossible to research the case.

In this particular case, It was observed during the case that activities like insider trading, trade practices which are fraudulent and professional misconduct will be considered extremely towards the interests of ordinary investors and are strongly unacceptable under the rules and Regulation of SEBI Act, 1992 and it was also observed that no punishment is too severe for those persons who are indulged in such activities. Due to these problems faced in the court, since then these regulations are being amended from time to time according to the needs at that particular time and the laws regarding Insider trading are becoming strict.

As we know that there are recent amendment done by SEBI on the Insider Trading Laws on 17th September 2019 and the SEBI notified amendment to the Insider trading Regime which shall come into force on 26th December 2019 as the main purpose behind these amendments were to encourage the people to come forward and inform to SEBI about anything related to the violation of Insider Trading and in return, the person who reported would be handsomely rewarded.

The In shorts Highlights of the Recent changes in Insider Trading Laws will be Discussed below briefly:

A. Firstly, the following amendment introduced many definitions, as ‘Informant” was defined as Informant is any individual who voluntarily comes forward providing original information and informs the SEBI regarding the Violation of the Insider Trading Laws that has occurred, is occurring or is about to occur and also the original information is also defined as any relevant information submitted to SEBI in accordance within the regulations pertaining to any violation of Insider Trading that is as follows:

As the amendment does not require the concerned informant to disclose its identity for the purpose of submitting original information to the SEBI and the SEBI is exempted from disclosures under the right to information act 2005.

C. Duty of The Informant to Ensure Sanctity of Information Provided to the SEBI

As already discussed, the original information must satisfy all the test defined under the act.

D. Protection Against Retaliation and Victimization

As the informant is entitled to receive a reward in return for giving the valuable information about the insider trading from the SEBI. The amount of the reward is completely based on the collection of monetary sanctions by SEBI and reward may go up to 10% of Monetary transactions collected or recovered and should be between 1 crore to 10 lakhs.

If we overall see this article, we can say that the SEBI was facing many issues related to Insider trading Laws as well as challenges to prevent and obtain direct evidence that is causing a violation of Insider Trading Laws due to which most of the cases related to Insider Trading is taking lot more time than expected while keeping this in mind, SEBI amended the Insider Trading Act recently which is a great move done towards the prevention of Case laws by introducing the Information to provide the original information ad in return giving handsome reward to the Informant along giving them Proper security, as well as protection of their Identity and this, would directly lead to efficiency and the cases can be closed soon as compared to the previous situation due to the introduction of Informant.

As we know that the rate of investigation in India is very low and the recent amendment will boost it. At the last, we can conclude that recent amendment addresses the issues of preventing Insider Trading as soon as possible by allowing the persons (informant) to submit the Insider Trading Information to the SEBI as it helps to increase the chances of early detection of Insider Trading which will provide much better enforceability and directly ensure timely reporting of such type of offense i.e. Insider Trading violations and the duration of the case will also get short due to it.