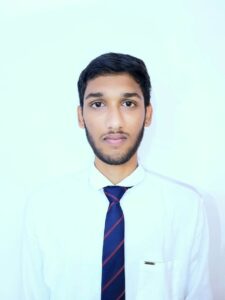 “I believe that our national security lies not just in protecting our borders, but in bridging divides.”

From the last few decades to the present, the question of national security is a controversial topic that has been put to debate in many countries like the United States, India, Pakistan, and China. Generally, National Security refers to military action like protecting the nation from attacks or any other danger by having adequate armed forces and guarding the secrets of the nation but it also deals with non-military actions; an internal situation like economic security, physical security, social and political security. The concept of national security was mostly developed in the U.S. mainly after World War II.

In India, the concept of national security was tending to complicate during the 1990s when the first decade of the 21st century started with globalization. As society becomes more educated and aware of their rights and duties, legislations are being questioned on national security.

For a comparative analysis of best practices on national security with India and other nations, I would want to draw a line by taking three countries into consideration namely India, United States, and China.

The Preventive Detention Act (PDA) [1] was passed in 1950, soon after the Constitution of India came into force. This law authorized the government to detain individuals without charge for up to a year. Initially, the PDA was passed as a temporary, twelve-month measure to deal with the challenges of governing after the devastating violence and displacement that accompanied the partition of India. However, the Act was renewed repeatedly for almost many decades and was expired in 1969.

In 1971, two years after the Preventive Detention Act lapsed, then came the MISA [2]. MISA refers to the Maintenance of Internal Security Act. When MISA came into force it resurrected most of the preventive detention powers under the PDA. Later Prime Minister Indira Gandhi’s government misused MISA against trade unions, political opponents, and civil society groups who challenged the government.

In 1967, the national government supplemented its preventive detention powers when a new law, the Unlawful Activities (Prevention) Act [4] (UAPA) gave it the power to declare organizations “unlawful” and then limit their activities and scrutinize them their members to a significant degree. Just as individuals could be designated as potentially dangerous and detained without a trial, organizations too could now be designated suspect, without the state having to prove those suspicions to a criminal standard of proof in a court of law. Once the government categorized an organization as unlawful, this designation was the foundation for criminalizing membership or support of the organization. This act continues to be in force till date.

These all are created for proscribing organizations and creating status offenses.

For most of the 20th century, American governments focused on military services but the concept of national security expanded over the years beyond what armed forces can do.

These national security principles provide a sense of safety to the American homeland and to protect the integrity of the nation.

Managing the rise of China constitutes one of the most important challenges facing the United States in the early 21st century. With China’s huge size and geographic position as the only Eurasian continental power directly bordering on Northeast Asia, Southeast Asia, South Asia, Central Asia, and Russia mark it as a major geostrategic player able to critically affect U.S. global and regional interests. More specifically, China is seen to present a potential national security concern for the United States for three reasons mainly they are as follows:

2. Its expanding involvement in and influence over the international community,

3. Unique historical and cultural factors that could exacerbate Sino-U.S. tensions over the long term.

China’s grand strategy is assessed primarily from a power-political perspective, using elements of a realist approach to international relations.

India’s security laws framework is not restricted to one or two laws but instead a persistent logic. Under the Constitutional scheme, National Security is not a subject specifically listed in any of the three lists i.e., union, state, and concurrent lists.

After taking all possible actions on national security, the government of India came up with Anti-terrorism laws and acts like TADA, POTA, National Security Act [7] curb terrorism-related activities.

TADA refers to Terrorist And Disruptive Activities (Prevention) Act [5] which allowed the government to designate parts of the country as “terrorist affected” and to set up special courts in those areas to prosecute defendants accused of being terrorist. TADA incorporated a sunset clause which describes that parliament had to review and renew the Act every two years.

Under TADA confessions made before police officers were admissible as evidence, which facilitated custodial abuse and torture. TADA was allowed to lapse when it lost the support of opposition parties in parliament in 1995.

For the reasons of international terrorism and cross border terrorism as reasons, the Indian government proposed new anti-terrorism law in 2001, Prevention Of Terrorism Activities [6]. POTA also incorporated TADAs enhanced police powers, a limit on the rights of the defense.

Like TADA, POTA has also a sunset clause for three years. It was repealed in September 2004 after the NDA was ousted from power, on the initiative of a newly elected government formed by a coalition of political parties called the United Progressive Alliance (UPA).

NSA means National Security Act which is a special law instituted in 1980. It is similar to PDA and MISA in its preventive detention powers. The law gives power to the Central and State government to detain individuals for a maximum period of 12 months.

Under this act, a person can be detained up to 10 days without even being informed about the reasons for the detention. The government is allowed to withhold information supporting the detention in “public interest” and a detained person is not allowed a lawyer during this period. NSA is one of the most draconian laws operating in the country and is easily prone to misuse.

Moreover, national security is the safekeeping of the nation as a whole. Its highest order of business is the protection of the nation and its people from attack and other external dangers by maintain armed forces and guarding state secrets. Focusing on national security policy on what matters the most would require a more accurate understanding of power.

Because national security entails both national defense and the protection of a series of geopolitical, economic, and other interests, it affects not only defense policy but foreign and other policies as well

Article 22(1)[1]: An arrested person cannot be denied the right to consult, and to be defended by, a legal practitioner of his choice.

Section 50[2]: It mandates that the person arrested has to be informed on the grounds of arrest, and the right to bail.

Section 56 and 76[3]: It provides that a person has to be produced before a court within 24 hours of arrest.

Under the Constitutional scheme, the subject of national security as defined under the Emergency Provisions in Part XVIII of the Constitution has been assigned to the Union Government.

Article 352: This is popularly known as the National Emergency. This type of emergency is ordered by the president when an emergency is due to war, external aggression, or armed rebellion.

Article 356: It is an emergency due to the failure of the constitutional machinery which popularly known as President’s rule or State Emergency.

Article 360: It is when due to the threat to the financial stability or credit of India which in other terms known as Financial emergency.

In Kartar Singh v. State of Punjab the Supreme Court has narrowed down the scope and ambit of the TADA and held that unless the crime alleged against an accused could be classified as a “terrorist act” in letter and spirit he should not be charged under the Act and should be tried under ordinary penal laws by the regular courts. The Court held that Section 3 of the Act operates when a person not only intends to overawe the government or create a terror in people etc. but also when he sues the arms and ammunition which results in death or likely to cause deaths and damages the property. In other words, the court held that “a person becomes a terrorist or is guilty of terrorist activity when his intention, action, and consequence all the three ingredients are found to exist together.”

After various anti-terrorism laws, the National Security Act remains to date to which some amendments should be made. This act which was formed in the presence of parliament has made many modifications after keeping certain anti-terrorism laws in mind like TADA and POTA, includes transition in the internal system to multipolarity. Also, security laws such as the AFSPA and the UAPA enhance the state’s power of seizure and arrest.

Considering if a person arrested under the CrPC cannot be held in custody for more than 24 hours without being charged with an offense. But in sharp contrast, acts like UAPA and POTA won’t follow these rules. Thus, Indian security laws give the executive large doses of discretionary power.

After considering all the points, National security is a debatable topic though many acts or laws come into society. Considering the National Security Act (NSA) there is a positive approach and can be used under a negative impact. NSA has come under wide criticism for its misuse of powers by the authorities. This act also reviewed as Draconian rule where no established procedures followed and in light of such events, where imminent security concerns arise, these laws mustn’t overshadow basic human rights of people.