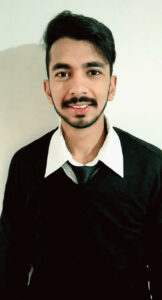 This Blog is written by Rohan Singh from University of Petroleum and Energy Studies, Dehradun. Edited by Ritika Sharma.

From the time immemorial, the death penalty has been a mode that is being practiced for the elimination of criminals, and for the heinous crime, this punishment is said to be appropriate. Among the 78 retentionist countries, India is one of them who is retaining the death penalty as a punishment on grounds that is going to be awarded in ‘rarest of rare cases’ or for any other ‘special reasons. Unless done according to the process of law and in the interest of the general public, no individual has the right to take life of some other person.

The criticisms of the NDPS Act, 1985 (Narcotic Drugs and Psychotropic Substances Act) is heavily done because of its strict punishment that includes the death penalty under Section –  –  31 A of the act to repeat offenders. The law was framed with the intention to over through drug trafficking, basically it puts a restriction and criminalize the act of cultivation, production, sale, purchase, possession, use, consumption, import and export of narcotic drugs and other psychotropic materials. Only 32 countries all over the world impose this death penalty for the offences involving narcotic drugs and other such substances. However, the capital punishment as a choice for these countries were a displeasure for other various national and international agencies such as Amnesty International that is completely against by holding a rigid opinion for taking away someone’s life. India is a country that is surrounded by the world’s biggest drug trafficking countries and looking into the considerable number of people who are living in poverty and so facing end number of issues and challenges to deal with activities relating to drugs.

SIGNIFICANCE OF CAPITAL PUNISHMENT IN INDIA

In 1898, for the first time death penalty got involved into NDPS Act and for then this punishment was held a mandatory punishment if a person is found to be involved in the activities related to drugs or narcotics for more than one time and so it is wrong to think that Indian Constitution holds the capital punishment as unconstitutional.

For the repeat drug offenders, it was held mandatory under Article – 47 of the Indian Constitution that the state shall endeavor to cut and restrict the consumption of such drugs that are harmful and injurious for health except only can be used for medical purposes. In Bachan Singh v. State of Punjab, it is observed by the court that the punishment of death could only be awarded in rarest of the rare cases and such cases are determined by the court in accordance of the character of the person and taking into consideration other circumstances of the case. In the amendment of 2014, there was incorporation under Section – 31A in capital punishment with the alternative of imprisonment for 30 years under the same Section – 31A of NDPS Act.

India is a country with diverse cultural and if we look into this closely, India is located between counties like Pakistan and Bangladesh. These countries are close connections to the countries that deal with drugs such as Afghanistan and Burma and thus it makes India a trade route in southern for drug transportation. The nation-wide drug survey was conducted by The Ministry of Social Justice and Empowerment that was published in 2019 and the result shows that the intensity of use of drugs in India was uncontrollable and growing. The use of Opioids is increasing. In the previous report, it was 0.7 percent and now it has upgraded with 2 percent on a recent report. If we look into the magnitude the count is 2 million to more than 22 million.

There is a large scale movement of the people from rural to urban facilities due to the influence of modernization with the breakdown in the social capital of tradition. This has also impacted an increase of drug trafficking and consumption of narcotics for non-medical purposes in larger scale. Even in juveniles, the impact of such trafficking and the relation of its consumption and the commission out of it are seen in the countries and India is one of them. Over 87 percent of the total juvenile who is under inquiry booked under crimes had a history of substance abuse according to the medical report that was conducted by the Institute of Human Behavior and Allied Sciences (IHBAS). It is the Department of Psychiatry at Dr. Ram Manohar Lohia Hospital, and Pushpawati Singhania Research Institute. Some people who were convicted with the more serious crimes were seen with the consumption of cannabis and tobacco that was higher than any other drugs. When the symptoms such as unruly behavior, vomiting, and self-harming actions were reported to the authorities of the prison, majorly the tests have shown the consumption of narcotics and drugs. The consumption of these substances was mainly started as an experiment, curiosity, and being in the company of such people who consumes these substances and also when they get easy access to such material inside the prison as well.

In the case of Indian Harm Reduction v. Union of India, it is seen that there are certain classes of cases where capital punishment is validated on the ground of social justice if he by his action is not only murdered someone but has caused a great amount of peril to the people of the society. Hence the way to find out who should get the death penalty is to find out if a murderer offers a traumatic threat to the people living in the society. Generally, the person who gets into this drug trafficking and become drug dealer intentionally get into the manufacturing of various narcotics and psychotropic substance and while trading gets indulge into actions that cause loss of life and become dangerous for society when the monetary motive comes into the picture and then keeps on violating every societal security making their extinction empirical for the society’s survival. This tendency of the act, danger towards the society, and increasing chances of bigger crime have impacted to call for strict punishment under the NDPS Act in order to break this cycle of trafficking of drugs without a license.

In Union of India v. Ram Samujh and Ors., the Supreme Court was at an opinion that even if for the temporary period, the drug offenders are released, they would definitely continue their criminal activities of drug trafficking and/or dealing with intoxicant substance in an illicit way. Reasons may be large stake and profit involved. The court also explained that it shall be noted that a murderer only murders one or two persons but if we look into drug dealers, they are those people who are instruments by which death is a blow and is caused to end the number of innocent victims who are vulnerable.

Thus, the court stressed that the death sentence is a mandatory punishment and should be retained.

It is believed that the NDPS Act is a hasty piece of enforcement that basically is an outcome of the political pressure and thus imposes such harsh punishment but the truth is that involvement in the drugs and narcotics makes a person addicted in every sort of ways. If we start from the dealer and trafficking it is seen that such person looks into more and more profit as money-making in this illicit business is quite easy and hence attract the poor people that is almost 65% of the country to get into these trafficking and dealing and rest the consumers are either the teenager who does not notice its addiction and remaining are the rich people who through themselves and their money for such drugs complete the cycle so people from poor to rich, teenager to adult is abused to drugs and acts related to it. To break this cycle there is an immense need for capital punishment and NDPS Act fulfills such requirement. All over the world people risk their lives and indulge drug abuse. Punjab, often known as the land of drugs has witnessed such a situation that has wiped out generations due to illicit trafficking and consumption of drugs. Though Amnesty International does not recognize that capital punishment should be a punishment for drug trafficking but for India very strict and firm punishments are required to deal with these issues and break the cycle to protect the society.

India is a country where it can be seen that all other crimes are directly or indirectly connected to substance abuse. Not only murder but from small to big crimes are interconnected. Different steps and provisions are required for the betterment of the country. The week laws often allow new offenders to find different ways and join the manufacturing and sales of materials that are not approved for medical purposes. To curb with all the issues and activities of drugs and narcotics, more and more rehabilitation facilities, awareness should be spread. NDPS Act also consist of apt sections and the strict punishment of the death penalty to control drug abuse.