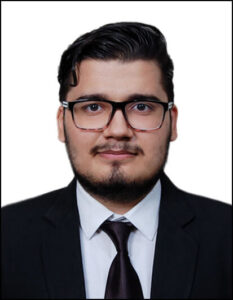 This Blog is written by Aditya Awasthi from Asian Law College, Noida. Edited by Pranoy Singhla.

In International Scenario of United Nation (UN) Assembly stated that “there is a need of fair justice in capital punishment all over the world. Procedure which must be followed should be fair, just and reasonable”  (UN Charter, 1948)[3] . For example United Nation Economic and Social Council (UNESC) in its resolution no. 15 of 1996 encouraged its member to abolish capital punishment and recommend those countries that use to provide capital punishment had a speedy and fair trial to accuse (UNESC, 1996)[4]. Article 5 of Universal Declaration of Human Rights, 1948 provides that “no person shall be subjected to torture or to cruel, inhuman or degrading treatment or punishment.” Article 21 of Indian Constitution provides right to life and personal liberty to the citizen of India also stated that every citizen of the country has right to live and not to die. Article 7 of the International Covenant on Civil and Political Rights, 1966[5] provides that “no one shall be subjected to torture or to cruel, inhuman or degrading treatment or punishment.” India is a member of the United Nations. On the basis of the appeal made by the United Nations, 120 countries have abolished this punishment and a few of them stopped the practice of continuing the execution, but we are in the company of a minority. There are 73 countries in the world which are still continuing capital punishment in the statute book and India is also one among them, though it does not provide death penalty only in rarest of rare cases.

EVOLUTION OF CAPITAL PUNISHMENT IN INDIA

India retained the 1861 Penal Code at independence in 1947, which provided for the death penalty for murder. The idea of abolishing the death penalty expressed by several members of the Constituent Assembly during the drafting of the Indian Constitution between 1947 and 1949, but no such provision was incorporated in the Constitution. In the next two decades, to abolish the death penalty, private members bills were introduced in both Lok Sabha and Rajya Sabha, but none of them were adopted. It was estimated that between 1950 and 1980, there were 3000 to 4000 executions. It is more difficult to measure the number of people sentenced to death and executed between 1980 and the mid-1990s. It is estimated that two or three people were hanged annually. In the 1980 Bachan Singh judgment[6], the Supreme Court ruled that “the death penalty should only be used in the “rarest of rare” cases, but it is not clear what defines the rarest of the rare.”

Capital Punishment is a legal death penalty in India. India gives capital punishment for a serious offences[7] .In India capital punishment is awarded for most heinous and grievous offence. In India Article 21 of the Indian constitution is “protection of life and personal liberty”. This article says “No person shall be deprived of his life or personal liberty except as according to procedure established by law”. This article says right to life is promised to every citizen in India. In India IPC provides death sentence as a punishment for various offences such as criminal conspiracy, murder, waging war against the government, abetment of mutiny, dacoity with murder, and anti -terrorism. The Indian Constitution has provision for mercies of capital punishment by the President. There are twenty two capital Punishment is taken place in India since 1995. After the independence a there are fifty two capital punishment is taken in India In “Mithu vs state of Punjab”[8] the Supreme Court struck down the IPC Section 303 which provide mandatory death sentence for the offenders[9]. India voted against a United Nations General Assembly resolution calling for a prohibition on the death penalty[10]. In November 2012, India again continues its posture on capital punishment by voting against the UN General Assembly draft resolution request to ban death penalty[11].

THE DOCTRINE OF “RAREST OF RARE”

In the case of Bachan Singh V. State of Punjab[12] , the Supreme Court pointed out its view regarding death penalty that death penalty should be awarded only in rarest of rare cases. This view of Supreme Court was highly supported as it aimed to reduce the use of Capital Punishment. The Ratio Decidenti or the Rule of Law applied by the Supreme Court in the case of Bachan Singh is that- “the death penalty is constitutional only if it acts as an alternative to life imprisonment. And same shall be applied in rarest of rare case when the alternative option is unquestionably foreclosed.” Further, in the case of Santosh Kumar Bariyar V. State of Maharashtra[13] the Supreme Court further explained that “The rarest of rare dictum only serves as a guideline in enforcing the provisions mentioned in Section 354(3) of CrPC and entrenches the policy that life imprisonment is the rule and death punishment is an exception”. The Constitution of India under Article 21 states that no person shall be deprived of his ‘Right to Life’ unless done with due process of law. In the case of death penalty when the punishment of death is awarded then it also limits the scope of introduction of new facts or law in the case. If the punishment has been executed it is irrevocable.

In the case of Macchi Singh & Others V. State of Punjab[14] – the Three Judge Bench followed the decision of Bachan Singh and stated that only in rarest of rare cases when collective conscience of community is in such a way that it will expect the holders of the judicial powers to inflict death penalty then it can be awarded if:-

“1.) When the murder is committed in an extremely brutal, revolting or dastardly manner so as to arouse intense and extreme indignation of the community.

2.) When a murder of a member of a Scheduled caste is committed which arouse social wrath.

4.) When the crime is enormous in proportion.

• A vulnerable Women or a Person rendered unaided by mature epoch or illness.

• as soon as the injured party is a civic figure as well as murder is committed for political or similar reason rather than personal reason.”

In Jagmohan v. State of U.P[15] the Supreme Court held that “Articles 14, 19 and 21 did not violate the death penalty. The judge was said to make the choice between the death penalty and life imprisonment based on circumstances, facts, and the nature of the crime recorded during the trial.” The decision to award the death penalty was therefore made in accordance with the procedure laid down by law as required by Article 21.

In 2020, 50 (65%) out of 77 cases of the total death sentences imposed by trial courts involved sexual offences, making it the highest in five years, a recent report by Project 39A[16], a research and advocacy group in New Delhi reveals. Of the 65% cases involving sexual offences, 82% involved minors.

As on December 31, 2020, a total of 404 prisoners are on death row with Uttar Pradesh having the most number of such prisoners at 59, followed by Maharashtra at 45 and Madhya Pradesh at 37. Andhra Pradesh, with two, has the lowest count of prisoners on death row.

Due to the Covid-19 pandemic, the Indian judiciary’s functioning was disrupted, with a major drop in the number of death sentences imposed by trial courts in 2020. In all 62% of the death sentences by trial courts were imposed in the first three months of the year before the lockdown was announced on March 24, 2020. The report mentions that the total figures would have been much higher in the absence of the pandemic. 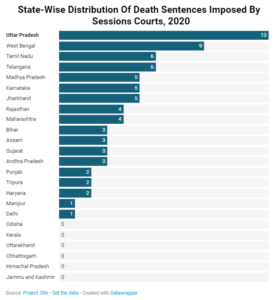 India has carried out eight executions since 2000, the last having been in 2020. On March 20, 2020, death row convicts, Mukesh, Akshay Kumar Singh, Vinay Sharma and Pawan Kumar were executed for the December 2012 gangrape and murder of Jyoti Singh. Executions prior to this were of Yakub Memon in July 2015, Afzal Guru in February 2013, Ajmal Kasab in November 2012 and Dhananjoy Chatterjee in August 2004. 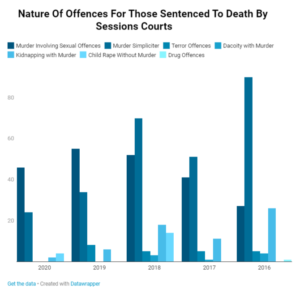 “Life is precious and death is irrevocable”

“Even the vilest criminal remains a human being possessed of common human dignity” as a result one be supposed to esteem each one and all individual. We are no one to decide who gets to live and who gets to die on the basis of rules and regulations which we made ourselves. It is true that a criminal needs to be punished for the crimes he committed but we as a civilization need in the direction of eliminate the offense not the illegal. This is the main difference between human being and animals. We are given a precious gift – ‘we are a human’ and killing another human being falsify the mere purpose of being a human being.

When we look at our national crime statistics death penalty has not proved to be deterrent for doing offence, the crimes rates are increasing only. We have to reform our laws especially for death penalty in India. Our laws should reform and the punishment should be so rigours and it should be an example for people around him, about his unlawful acts. There is a punishment worse than death penalty. Make the offender continuous discussion about capital Punishment and the rigorous life in prison is worse than capital punishment. Each day and night the offender should feel for his offence. The capital punishment is not effective to reduce crimes in Society.

[5] International Convenient on Civil and Political Rights. (1966) Adopted and opened for signature, ratification and accession by General Assembly resolution 2200A (XXI) of December 16, 1966. Retrieved December 28, 2013 from http://www.ohchr.org.

One Thought to “Death Penalty”