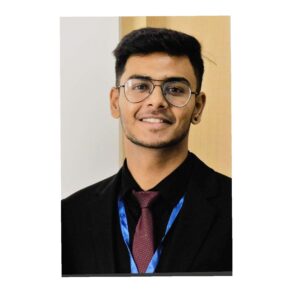 Death sentence or Capital punishment has been a topic for a heated debate for quite a long time in India. When some people argue about it being violative to Article 21 of the Indian Constitution that is the Right to Life and fear its cruelty, others are of the viewpoint that this kind of punishment is necessary to eradicate the evil, eliminate the antisocial elements from the society and adhere to for ensuring law and order in the society. Capital Punishment has been an integral part of the penal systems not just of India but also of the world and this practice has been continuing from the time immemorial. These punishments have been one of the essential elements of the society ever since the primitive era of mankind and civilizations. The instances of the capital punishments can be traced back and are as old as Hindu society since the references to it can be made from many ancient scripts and law books.

It is evident in Hindu Law that death penalties were put on the highest priority by the kings to safeguard their kingdom and the society from any kind of danger and hence the wrong doer should be put to death. Even though Ahimsa was one of the principles during the Buddhist era then also Ashoka did not consider capital punishment wrong. We can also find the provisions relating to crimes and punishments in various Muslims Law where the punishments would be given by Allah himself.

The advent of Britishers in India also lead to the modifications in the statutory provisions in various laws prevalent at that time. Britishers in India were mainly responsible for designing, amending and enforcing a systematic penal code and procedure for the criminal trials. There have been various amendments in the penal code and procedural laws for the systematization of the death sentence. Even after witnessing various issue for the abolition of death penalty, India still have this practice prevailing theoretically as well as practically.

After a lot of controversies, a lot of debates and a lot of refinement, it is being concluded that the laws or provisions relating to the capital punishment or death sentence shall only be applied in the ‘rarest of rare cases. The doctrine “rarest of the rare cases” is based on Gandhian theory, i.e., “hate the crime not the criminal”. But the dilemma of having moral obligation to protect the safety of the citizens and to eradicate the anti-social elements from the society still prevails. The arguments surrounding death penalty are mainly constructed within the realm of the causes and effects it has on the society. Those in support of death penalty mainly consider the causes while those in opposition mostly consider the effects it has on the society.

The first capital punishment in Independent India being that was given to Nathuram Godse and Narayan Apte in the Mahatma Gandhi assassination case on 15th November, 1947 and the last and the latest one being in the Nirbhaya Case in the year 2020.

Due to heated debates and questioning about the capital punishment and the execution of the culprit, the courts at different hierarchical levels have deliberated on the issue leading to the different verdicts impacting this area of the discussion. The Doctrine of Rarest of Rare was established in the case of Bacchan vs. State of Punjab[1]. Whereas, later in the case Macchi Singh vs. state of Punjab[2], Supreme Court of India tried to lay down certain criteria for assessing whether a particular case falls in the ambit of ‘rarest of rare”.

In the case of Jagmohan Singh vs. State of UP[3], the Supreme Court upheld the constitutional validity of the capital punishment. This was presented with the reasoning that the death sentencing is not merely a deterrent, but a token of disapproval of crime on the part of the society and hence, India cannot take a risk in experimenting with the abolition of the death sentencing.

Various perspectives on issue may incorporate the moral, social, and financial impacts of capital punishment. The expense of capital punishment when contrasted with the expense of lodging detainees, for instance, affects the jail framework by and large. Rationally, regardless of whether a country has the privilege to execute an individual can influence regions of enactment too. Socially, it is conceivable to take a gander at whether the execution of a criminal relative has a positive or negative impact on the family, and the outcomes regularly go in any case.

The Penal System in India is governed by the Indian Penal Code of 1860 that put forward death penalty for a number of offences. The mentioned offences are heinous and are of grave nature and hence the person who commits these kind of offences is a threat to the fellow human beings and society and hence these offences having death penalty as the punishment are given in the statutes in India.

Hence, the death penalty is awarded vis-à-vis the heinous crimes including waging war against the state, murder, rape, dacoity and murder etc.

There are many other laws, violation of which leads to a death penalty for the offender like The Air Force Act, 1950, The Army Act, 1950, the Defense of India Act, 1971, The Unlawful Activities Prevention Act 1967 etc. These acts are inclusive in the list that can be referred from the Indian Law Commission Report no.262 on the Capital Punishment.

In relation to this Rajasthan assembly had passed a historical legislation on 10 March 2018 i.e. Criminal Laws (Rajasthan Amendment) bill 2018, which had added two sections to IPC 1860, through which death penalty would be awarded for the offence of rape or gang rape with a girl who is below 12 years. This is how Rajasthan became the second state after Madhya Pradesh to take such big step in this regard.

The Law Commission of India recommended that the death penalty should be awarded in exceptional and rarest of the rare cases and hence, statutes are being amended from time to time as when required by the society. This is clearly evident from the amendment on the Criminal Amendment Act, 2013 after the Nirbhaya case in Delhi 2012 that resulted in the social outrage.

There arose many cases that debated upon the constitutionality of the of capital punishment that argued death sentence being violative of Article 14, 19 and Article 21 of the Indian Constitution, but it was said and concluded that Death Sentencing does not violate any provision granted under Articles 14, 19 or 21 because it is evident from constitution itself as it clearly defines and prescribes a procedure to be followed for a fair, proper and just trial to take away life of a human being.

There have been various cases that arose and posed a question on the validity and constitutionality of the Capital Punishment. Historical judgements and verdicts have been provided to us by analyzing and studying these cases keeping in consideration the facts, consequences, circumstances and the type of crime committed.

Jagmohan Singh vs. State of UP is the foremost case in this regard that challenged death penalty being violative of the Articles 19 and 21 of the India Constitution. Hence, in this case the apex court of India upheld the constitutionality of the death sentencing in India with the reasoning that it is not merely a deterrent but a sign of disapproval of crime on the part of the society as a whole.

Another case that raised a question on the death penalty as being the violative of Article 14 was Rajendra Prasad vs. State of UP[4], where in the decision as to whether the offender should be awarded death penalty or life imprisonment is to be left on the judiciary rather than the executives.

In the case of Bacchan vs.State of Punjab, the doctrine of rarest of rare was established, in the case the Supreme Court tried to decrease the ambiguity for the courts by cutting out a doctrine for the offences having death penalty as the punishment. It was also concluded that capital punishment can only be imposed on the rarest of rare cases where the alternative option to this is excluded. Whereas, the criteria for the assessment of crimes to be listed under the rarest of the rare case was laid in the case of Macchi Singh vs. State of Punjab.

In the case of Deena vs.Union of India[5], was another prominent case where in again the constitutionality of Sec 354(5) IPC, 1973 was challenged on the ground that inhuman and degrading methods are used for the execution hence violating and contradicting Article 21. Furthermore, in the case of Triveni Ben vs State of Gujarat [6] , procedure for fair trial was remarked as the pre-requisite for the .  In the historical case of Madhu Mehta v. Union of India[7] and Tirveni Ben v. State of Gujarat where there was a delay in final disposal of mercy petition for about nine years the court was finally directed to commute the punishment of death sentence to life imprisonment as there was no reasonable justification for this delay hence it was considered to be violating Art. 21 of India Constitution. This case laid the principle of speedy trial and disposal of mercy petition.

After going through the evolution and the principles relating to the death sentencing in India, the learner feels that there is a dire need to have concrete laws and provisions relating to the capital punishment to prevent from any kind of ambiguity regarding the crime and punishment as death sentence. The learner feels that capital sentence should not be removed and should be awarded for heinous and grave cases where the decision to award it should not be delayed like that in the Nirbhaya case. It is after approximately eight years that the offenders are executed in 2020 resulting in the delay and a bit failure on the part of Judiciary. The decision of awarding this punishment should be dependent on the intensity on the crime committed. Whereas, laws should be amended to enable the execution through the method of shooting the criminals for the offences like rape, gang rape and even murder. As if this would have happened in the Nirbhaya case then the brave daughter of India would have got the justice then and there rather than her parents begging for justice for such a long duration. India has to be stricter with regards to the punishments to be given and the time taken for awarding the said punishment. The issue of Death Penalty isn’t intense in regard of death sentences granted by criminal courts in instances of general course of nature since capital punishment is being granted in not many instances of murder and in the majority of the instances of murder the selective punishment of life detainment is granted. Hence, the learner feels that awarding capital punishment meted out to serial killers, rapists and terrorists, who have no consideration for human life and are blinded by lust, power and misguided by unethical considerations restores the people’s faith in the judicial system.

As already mentioned, the learner urges to have strict rules with respect to the capital punishment and thinks that some recommendations should be laid so as to tackle the problem and mitigate the debates regarding the subject matter. Though principles of death sentencing have evolved, rectified and amended with time, India still struggles with something concrete on this subject. There is a great time lag between the time of commencement of the crime and the time when the death penalty is awarded and this delay leads to the social outrage and the judicial discretion that leads to an extent of variance in the judgements does not portray a good and responsible picture of the Indian Judiciary system.

Hence, death penalty should exist, according to the learner, for the crime that really deserve punishment of this kind.