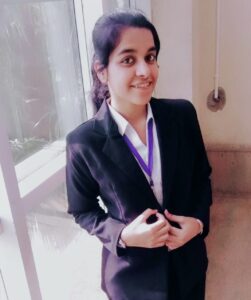 This Blog is written by Ishika Khurana from Vivekanand Institute of Professional Studies, IP University. Edited by Ravikiran Shukre.

A Defense Testing Infrastructure Scheme (DTIS) has been approved by the Defense Minister Rajnath Singh on 15 May 2020. The primary objective behind launching this scheme is to boost up the Government Defense Manufacturing base and Aerospace sector [1]. It envisages setting up six to ten new test facilities in partnership with Private sector enterprises at a comparatively lower cost. This scheme is not limited to provide testing facilities in just two Defense Industrial Corridors (Uttar Pradesh and Tamil Nadu) but is extended beyond that.

There are two committees that have been made under this scheme – Defense Testing Screening Committee (DTISC) and Project Monitoring Committee (PMC).

DTSIC is given the task of approval of the projects and give the final decision on projects submitted by the implementation. PMC engaged with doing important intermediate tasks and monitor the progress of implemented projects.

During October-September 2020, the Government of India discussed ways for making Domestic Defense and Aerospace Manufacturing strong and more effective. Also, emphasized has been put on the objective of the scheme of the Government “Make in India” [2] which is all about reducing dependency on other countries and making our country self-sufficient in every aspect.

In the States of Uttar Pradesh and Tamil Nadu, the Defense Industrial Corridors have been decided to be established. It is a capital- intensive infrastructure and it is probably not feasible and practicable for individual defense industrial units to set up in -house testing facilities.

Stockholm Peace Research Institute (a leader thinking tank on military spending) report [3] says that India’s spending on its Defense Expenditure stood at 3rd highest after the United States and China.

The main aim of the scheme is to promote indigenous industries and to reduce dependency on other countries. This will also lead to economic gains for India and leads to more employment generation. This will increase the involvement of MSMEs [4] – Ministry of Micro, Small, Medium, and Enterprises in defense production. Also, this scheme will encourage more startups by reducing the gaps in defense testing infrastructure in the country. This will make it easier for the domestic defense industries to easily avail of the services at less cost. Also, imports of military equipment or defense materials will get reduce from other countries and India will probably become self-sufficient in the Defense industry. (THE HINDU)

The Private sector industries and agencies will also have the access to avail facilities of testing at cheap rates than before (at Government decided expense) like for firearms, ammunition, electronics and radars, etc.

The scheme has been launched with an outlay of 400 crores over the duration of 5 years. Private enterprises are supposed to be part of this initiative and will play a very important role (in partnership, etc.).

There will be an ‘Implementation Agency’ under the Scheme. This will comprise of the private agencies or Companies registered in India and Special Purpose Vehicle (SPVs) registered under Companies Act, 2013 (section 8) [5].

The project under this scheme will get 75% Government funding in the form of Grant- in- Aid. The remaining 25% will supposed to come from Special Purpose Vehicle (SPV) involving State Government and its agencies and Private entities (must be registered in India of India. SPVs are required to maintain a proper standard and operate testing facilities in a self- sustainable manner by collecting user charges. All the defense equipment’s tested is provided with appropriate certification.

Defense Testing Infrastructure Will Be Made in Three Categories – Small, Medium, and Large.

It has been said that there must be 5 Private entities and State Government Agencies should be there to constitute Implementation Agency. The share capital of one of that agency (among 5) should not be more than 40%. The Central Government needs not to raise funds for Implementation agencies or private enterprises.

The Implementation Agency is responsible for raise funds and deploying grants to meet the schedule mentioned in the Scheme and to keep a check that there should not be any misuse of grants.

The Implementation Agency or any of its constituents shall be debarred on the following grounds: (Press Information Bureau Government of India)

• If at times Implementing agencies do any offense under the Indian Penal Code or any other law for the time being in force like do any act which leads to loss of life and property of any person or a threat to public health. They all must have a need to be a positive net worth

• any proceedings going on under Insolvency and Bankruptcy Code [6]

• when implementing agencies proved to be offensive under Prevention of Corruption Act, 1988

• When the implementation agency or any of its constituents (SPVs) are blacklisted by the Government of India /State.

The implementation agency needs statutory approval or clearances for environmental compliance and quality standards. The agency is also responsible to ensure good quality and timely delivery of goods and services and to check up on the standard of quality of equipment in Defense Infrastructure. Proper utilization of grants and to meet standards of rules and guidelines are also needed.

Also, the implementation agency shall be responsible to ensure that services will be available to all without any discrimination. The Central Government will ensure proper funding and implementation of the provisions of this scheme. Also, many infrastructure industries at one time will get advantages from this scheme and this will lead to a stronger infrastructural system in India.

The SPVs (implementation agency) shall be responsible for getting certification and statutory clearances for testing of weapons and ammunition.

The Defense Testing Infrastructure Scheme (DTIS) is a very innovative step by the Government of India. This scheme will help in making India a self-sufficient country in the Defense manufacturing and aerospace sector. Also, this will contribute to fulfilling the objective of the “Make in India” scheme. As there is a growing trend of dependency of India on other countries for military equipment, etc. This will encourage many new startups in the public and private sectors or in joint enterprises. There is a huge part of the money going outside and indigenous industries are losing their importance in the defense sector.

This scheme will lead to an increase in the development and growth of India. Also, private enterprises will gain huge benefits as they can now avail the services of testing defense equipment’ at cheaper rates. Many micro, small and large levels of industries will also get involved which will lead to an increase in the employment level. With the support of the Government of India and joint ventures of public and private enterprises, the country will become self-sufficient.

[1]. The aerospace industry engages with the task of manufacturing of a wide range of aircraft and spacecraft products like satellites, helicopters, passenger and military airplanes, launch vehicles, and other space related items, etc. This industry is contributing in the growth and development of India.

[2]. Make in India is a major national programme of the government of India. It is a type of Swadeshi movement covering 25 sectors of the Indian economy. It was launched on 25 September 2014 by the Prime Minister of India Honourable Narendra Modi ji to encourage private enterprise and companies to manufacture in India.

[3]. Stockholm International Peace Research Institute based in Sweden. This institute is engaging with the tasks of research into conflicts, wars, armaments, disarmament and arms control, etc. It is one of the most important providers of quantitative data like statistics.

[4]. MSME (founded in 2007) is a branch of the government for making rules and regulations related to micro, small, and medium enterprises in India.

[5]. The Company’s Act, 2013 is an act of the Parliament of India on Indian Company Law which is about the regulation of companies, responsibilities of company, dissolution of companies, board of directors, etc. Section 8 is related to the definition of Company as one whose main objective is to promote fields of arts, education, commerce, religion, sports, environment protection, science, research, etc.

[6]. The Insolvency and Bankruptcy Code, 2016 is a bankruptcy law which help in creating a single law for insolvency and bankruptcy. The code aims at protecting the interests of small investors and making rules much more economically viable and feasible to all.