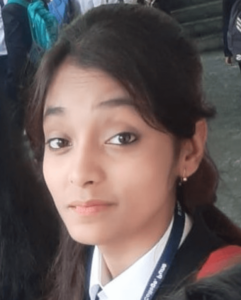 As we all are going through a global pandemic, which is bringing about a whole set of new challenges in every possible realm; as many economists suggest that India is going to face something worse than a recession, i.e. depression soon.[Read this].

But apart from all these, there is also another sphere where a huge impact of this will be felt that is marriage, family, and household. The definition of marriage as per legal dictionary is “Marriage means the state of being united to a person of the opposite sex as husband or wife in a legal, consensual and contractual relationship recognized and sanctioned by and dissolvable only by law”. But according to some research, the main reason behind why there is an increase in divorce cases in corona times or lockdown period is, many couples insisted that during their employment they not only keep themselves busy but also enable a “me space”, away from their spouse. But with lockdown, that “me space” has collapsed, and has compelled spouses who are not in sync with each other to cohabit in a limited space, so all incompatibilities are thrown at each other’s faces.

Amidst of all this, the first Delhi couple gets a virtual divorce one week ago.

So, what was this case about?

This was the first divorce that took place via video conferencing, where both the man and the woman gave the joint statement online. They both got married in 2017 as per Hindu rites in Delhi, but after one year they got separated and filed a motion under Section 13B(1) of Hindu Marriage Act mutually agreeing to dissolve their marriage, but the filing of subsequent motion was pending. So, the proceedings held through videoconferencing, where both the parties were at their respective places out of the city, their lawyer appeared from her workplace in Delhi. Also, family court judge Deepak Garg and the court staff participated from their homes. Thereafter, the couple settled their disputes regarding maintenance and material exchange during the wedding and agreed that they will not initiate any litigation or raise any claim either against each other or any family member in future.

Finally, after going through the contents of their petition and their joint statement, which was recorded separately through video conferencing, the court was satisfied that the divorce was filed with the couple’s mutual consent and “No force, coercion, fraud or undue influence has been committed upon them”.

The judgment was heard & decided online on June 12.

There are 3 types of courts:

1) Conventional courts which are located in court complexes where judges, lawyers & litigants are physically present.

2) Online courts where the judge is physically present in the courtroom, but the lawyer or litigant is not.

3) Virtual courts where there is no judge, lawyer or litigant & a computer takes a decision based on inputs of the litigant.

Online courts are an arrangement during corona times, except that the courtroom is the residential office of the judge.

There was a time when it would take years of fighting a case in a court with a lot of legal complications to get a divorce.

However, this has changed now in the times of corona, as one of the family courts i.e. Rohini District Court, Delhi granted divorce over video conference.

A committee of seven Supreme Court judges, led by Justice N.V. Ramana, has decided to continue the virtual court system to tackle the problem of social distancing.

Also, a step forward is taken to record the statement of the parties through video conferencing in cases of divorce by mutual consent.

So, the cases are now conveniently heard and decided in “paperless courts” through e-filing & scanned documents.

A virtual court have been successfully tried out in Delhi, Haryana, Maharashtra and Tamil Nadu. One judge is all it takes to manage the virtual court for Delhi or an entire state.

The virtual court system has the potential of being upscaled, and other compoundable offences can also be dealt with by virtual courts.

This will surely ease the burden on conventional courts, and therefore must be strongly encouraged.

Section 13B, inserted in the Hindu Marriage Act in 1976 to introduce the divorce through mutual consent.

According to Section 13B(1), the petition for dissolution of marriage should be presented to the district court by both the parties on the ground that they have been living separately for the period of one year or more.

This must be followed by another six months of waiting period under section 13B(2) for getting a decree.

However, the supreme court held that section 13B(2) is not mandatory but directive in nature. It will be open to courts discretion by considering the facts and circumstances of each case where there is no possibility of the parties resuming cohabitation.

The object of cooling off was to safeguard against any hurried decision taken by the parties.

The important aspects of a divorce proceeding:

• Section 24 of the Hindu Marriage act talks about maintenance where not only the wife but also the husband can claim the maintenance by showing that he has no independent source of income, but he has to satisfy the court that either due to physical and mental disability to earn and support his livelihood.

• Section 26 of the Hindu marriage act talks about custody of children. The court may pass orders from time to time as it may seem just and proper with respect to the custody, maintenance and education of minor children.

Living in confined premises is putting a strain on marriages. Post lockdown the justice delivery system will undergo a transformation, and everyone has to adapt to the new normal. Social distancing will stay and bring profound changes in the way the justice delivery system is administered and delivered. There will be more use of technology, not only in conventional, but also online and virtual courts. Therefore, it is necessary that we as a country should be prepared and make adjustments not only for the period of pandemic but also for the future to meet the future challenges.

Women are facing a double burden during this lockdown by catering to the needs of every family member. We should accept the fact that life will not be normal soon, so we need to change our way of living and try our best to divide the household chores. Next thing is, couples should communicate more. If something is bothering them, they should not expect their partner to read their mind. And the last thing is one cannot control other people’s moods, but they can take more time to be aware of their own. If one is feeling heated or upset, they should find that critical alone time to refresh their mind.

The best way to let this time not affect our relationships is by learning how to be kind towards each other, and most importantly with ourselves. Disagreement will happen, but one should practice compassion towards their spouse and themselves.