Draft Rules Prohibit Use Of Drones For Delivery 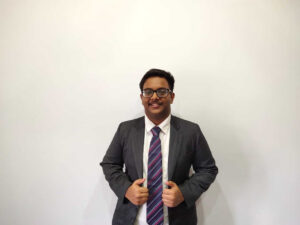 This Blog is written by Amrith R. from School of  Excellence in Law, Tamil Nadu. Edited by Saumya Tripathi.

The Ministry of Civil Aviation on June 4th, 2020 published the draft Unmanned Aircraft System (UAS) Rules, 2020. The draft rules have permitted the Beyond Visual Line of Sight (BVLOS) operations, and bring drone traders under its ambit. The draft rules also proposed to establish dedicated drone ports and corridors in “permitted areas if warranted by the nature and requirements” of drone operations. However, separate licenses will have to be obtained from the regulator for those permitted areas. Which are unspecified. A drone can capture images as long as it is not flying over non-permissible areas, and after “ensuring the privacy of an individual and his property”. The draft rules were issued at a time when the usage of drones increased due to a coronavirus lockdown, for purposes like surveillance, disinfection and videography etc.

Remotely Piloted Aircraft consists of remote pilot stations, the required command and control links and any other components, as specified in the type design. Remotely piloted aircraft have been divided into five categories based on their weight. They are: –

Drones have become a preferred mode of unmanned aircraft operations in inaccessible places and circumstances have forced the use of drones. Drones can prevent humans from being placed in a dangerous situation, either removing them from an aircraft or a hazardous area outside VLOS. The lower altitude of drone flight also makes them perfect for high-resolution data collection. Also, a drone for BVLOS costs way less than several traditional methods such as manned helicopters and airplanes. However, the main concern is that uncontrolled flying of drones put lives and vital infrastructure in danger of destruction.

SIGNIFICANCE OF THE UAS RULES, 2020

The set of rules notified by the Civil Aviation Ministry aims to regulate the production, import, trade, ownership, establishment of the drone ports – airports for drones and operation of unmanned aircraft systems. It also seeks to create a framework for the use of drones by businesses.

The draft rules[1] explicitly specify that “No Unmanned Aircraft shall carry any payload, save, as specified by the director-general.” Due to these rules, the plans for facilitating deliveries of hyperlocal delivery service providers Dunzo, Swiggy among others have hit a dead-end, as of now. Furthermore, Airline SpiceJet received permission to conduct drone trials that will allow it to deliver medical supplies and e-commerce products as the lockdown has thrown supply chains in the country into disarray. The Directorate General of Civil Aviation (DGCA) also granted exemptions to 13 groups in June to operate drones on an experimental basis. SpiceJet also informed that after trials, SpiceXpress, the airline’s cargo arm, will focus on delivering medical emergency parcels and essential supplies including perishables. Only an authorised manufacturer or importer of drones can sell its devices and that too only to an entity approved by the aviation regulator Directorate General of Civil Aviation (DGCA). Only nano class drones will be allowed to operate in India in general as of now. However, a qualified remote pilot will be permitted to operate heavier drones. The DGCA will have the powers to inspect a UAS manufacturing or maintenance facility before granting any authorisation under these rules.

The draft rules framed by the Central Government come after a year and a half after it mandated that drone owners will have to get their equipment registered with the DGCA and allowed their use within the visual range. Recently, the DGCA permitted food startups like Zomato and Swiggy to conduct trials for drones beyond the visual line of sight (BVLOS). A DGCA official explained that trials for these 13 companies could take up to six months to conclude. Each of these companies will then submit a report to the DGCA, which will then examine the feasibility of remote operations of drones.

Unlike VLOS flights, which are operated within the pilot’s line of sight, BVLOS flights are flown beyond the visual range. BVLOS capabilities enable a drone to cover far greater distances. Drones have become a preferred alternative in inaccessible situations because of their capabilities for Vertical Takeoff and Landing Capability (VTOL), and Beyond Visual Line of Sight (BVLOS). BVLOS allows a drone to collect more data in fewer deployments.

The agency must be assured that drones sharing the sky with airplanes will not result in midair collisions, and that the risk of damage to people and property on the ground is mitigated.

The Ministry of Civil Aviation notified the draft rules, for importing, manufacturing and owning drones as well as for drone ports, or airports for drones. The Ministry has also invited comments from stakeholders for a month, following which the rules will be finalized. Apart from Rule 36, Rule 38[2] also states that neither shall a person “drop or project or cause or permit to be dropped or projected from a UAS in motion anything,” except when specified. However, a set of rules which would enable use of drones for e-commerce or delivering medical supplies may take at least a year since regulatory clearances are slow and the lockdown has caused procedural delay.

In 2018, the Ministry of Civil Aviation, Government of India came up with National Drone Policy. The policy defined what would be classified as Remotely Piloted Aircraft (RPA) and how they can be flown and the restrictions imposed over them.  The Directorate General of Civil Aviation (DGCA) defined RPA as ‘an unmanned aircraft piloted from a remote pilot station.’ The Remotely Piloted Aircraft System (RPAS) comprises of the remotely piloted aircraft, all the associated remote pilot stations, command and all control links. In addition to it, as per the Civil Aviation Requirements (CAR), issued under the provisions of the Aircraft Rules, 1937, the RPAs should necessarily possess a Unique Identification Number (UIN), Unmanned Aircraft Operator Permit (UAOP). The RPAs should also adhere to other operational requirements. Also, the UAOP shall be valid for five years and not transferable. The policy also stipulated that RPAs shall be flown only by someone over 18 years of age, who has passed 10th exam in English, and has undergone ground or practical training as approved by DGCA.

The UAS Rules, 2020 specify the required guidelines to use drones. The basic operating procedure is to restrict the drone flights to the daytime only and that too within the Visual Line of Sight (VLOS). This applies to all categories of drones. Along with other Standard Operating Procedures, the DGCA asserted that no remote pilot can operate more than one RPA at any time. The Rules also make it clear that there cannot be any human or animal payloads or anything hazardous and that it cannot make delivery of any sorts unless specified by DGCA; it should not cause danger to people or property. Most importantly, an insurance will be mandatory to cover third-party damage.

Several restrictions are placed on drones and UAS. RPAs cannot fly within five kilometers of the perimeters of the airports in Mumbai, Delhi, Chennai, Kolkata, Bengaluru and Hyderabad and within three kilometers from the perimeter of any other airport. RPAS also cannot fly within “permanent or temporary Prohibited, Restricted and Danger Areas” and within twenty-five kilometers from international borders, which include the Line of Control (LoC), Line of Actual Control (LAC) and Actual Ground Position Line (AGPL). RPAs cannot fly beyond 500 meters into sea from the coast line and within three kilometers from the perimeter of military installations. It shall not be operated from a mobile platform such as a moving vehicle, ship or aircraft. Additionally, eco-sensitive zones around National Parks and Wildlife Sanctuaries are off-limits without prior permission.

Although drones might be useful during the lockdown for various essential services in inaccessible areas, it is an incontrovertible fact that they do pose security threats to nations. The twin drone attacks on Aramco crude oil production in Saudi Arabia in 2019 caused the biggest-ever disruption in global crude oil supplies and escalated tensions in the Persian Gulf region.  The attack executed by drones not only suspended the production of almost 6 million barrels per day, which amounts to about 6% of global oil supply, but also cut output supply by 5.7 million barrels per day. The attack also added to the geopolitical tensions on the price of oil worldwide.

The world now faces a new challenge in the form of drone attacks. With the rapidly proliferating drone technology and its exponential growth in the global market in recent years, the possibility of a drone attack even in the safest cities in the world is very high. Drones are becoming security threats, especially in conflict zones. The main reason for this multiplication is that drones are less expensive in comparison to the conventional weapons but can still achieve far more destructive results. The biggest advantage of using a drone for battles is that it can be controlled from a remote distance and does not endanger any member of the attacking side. It is this easy-to-procure, easy-to-operate, and proven damage potential that makes it important for any country to equip its forces with anti-drone combat technology.

Although the UAS Rules make it legal for non-governmental agencies, organizations and individuals to use UAVs if they possess a valid license, the expensiveness of drones put them beyond the reach of NGOs and rural communities. The list of non-permitted activities by the Rules is long since it requires users to conduct BVLOS operations and release of payload is prohibited as of now. Despite the new drone policy establishing an intricate system of application and approval procedures, it is lacking when it comes to thorough monitoring of drones. The unrestricted movement of smaller (nano) drones is also a matter of concern.

Drones offer low-cost, safe and quick aerial surveys for data collection and are useful for industries such as power, mining, realty, oil and gas exploration, railways and highways. They are also effective in relief and rescue work and in policing. Presently, the DGCA has only allowed food startups to conduct trials for drones Beyond the Visual Line of Sight (BVLOS). Unlike Visual Line of Sight (VLOS) flights, which are operated within the pilot’s line of sight, BVLOS flights are flown beyond the visual range. Therefore, these are mainly used for monitoring large areas. It enables service providers to conduct complex drone operations and facilitate drones to fly without any human interference. Additionally, DGCA is also expected to issue a separate set of rules to enable use of drones for e-commerce or delivering medical supplies and other essential services. Therefore, it is high-time that India brings an exhaustive and comprehensive set of rules and guidelines for regulating the use of drones and UAS.