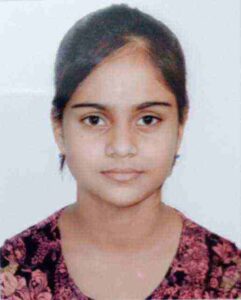 This Blog is written by Sahina Mallick from S.K. Acharya Institute of Law, West Bengal. Edited by Saumya Tripathi.

Auction is the selling of goods or property in a public sale where different intending buyers assembled in a place and try to outbid each other. The price which is offered for the goods or property known as the bid and those interested buyers are known as the bidders. And the good or property ultimately sold to the highest bidder. Auction sale involves an auctioneer who sells the food by auction. That auctioneer is the agent of the seller i.e. the owner, so the rules relating to Law of Agency applies to the auctioneer. But if an auctioneer wants to sell his own property by auction, as the principal he can do so and for this he does not need to disclose the fact, it is not a requirement under the law.

THE HISTORY OF AUCTION SALE

The tradition of the auction is as old as 500 B.C. which can significantly be remarked in the Greece. In Greece the women were auctioned for the marriage and they were not allowed to marry unless they did not pass this step of the procedure. If the highest bid found higher or equal to the reserved price for the particular woman then she was sold to that buyer (bidder) and if the marriage did not last or dissolves for certain reasons then the buyer was allowed to take all his money back.

In 1990, when the New Economic Policy introduced in India, it brought many changes in the economy of the country. And for this Economic Policy there was remarkable growth in technology which opened the doors for many goods to be auctioned like mobile phones, printers, computers etc.

The usual procedure of any auction sale is as follows:

1) The proposed auction is duly advertised and a printed catalogue of the goods along with the terms of sale is circulated.

2) On the proposed day and time, the intending buyers assemble and the auctioneer puts the different lots to auction and invites bids from the intended buyers.

3) Every bid is an offer and the auction goes in favour of the highest bidder.

4) The highest bid is accepted by the auctioneer in a customary method, i.e. by the fall of a hammer, by using the words “one, two, three” or “going, going, gone”. The auctioneer thus “knocks down” the lot to the highest bidder.

5) The highest bid constitutes the offer. The fall of the hammer or other customary announcement constitutes acceptance of the offer by the auctioneer. At this stage, the contract of sale is completed.

6) Until acceptance, any bidder may retract his bid. Quite often the auctioneer reserves a right to refuse the highest bid, at his discretion. Similarly before final acceptance of the bid or falling of the hammer, it always open to the bidder to withdraw his bid.

Amit sold a car by auction. It was knocked down to Biplab who was allowed to take it away on (i) giving a cheque for the price and (ii) signing an agreement that ownership will not pass to Biplab until the cheque was cleared. The cheque was not cleared; but meanwhile Biplab sold the car to Sayna. It was held that the property passed on the fall of the hammer and Sayna had a good title.

The laws relating to auction sales are contained in Section 64 of the Sale of Goods Act, 1930. The rules governing the auction sale are as follows:

The sell is complete when the auctioneer announces its completion by the falling of Hammer or by some other customary actions. Until such announcement any of the bidders may withdraw or revoke his bid.

If before the fall of the hammer any bidder retracts his bid, the security amount may not be forfeited.

Section 64(2) has nothing to do with the effect of passing of the property at an auction sale and it is by the virtue of goods being specific in a deliverable state under the sec 20 the property in such goods passes to the buyer at the completion of the contract at the fall of the hammer at such sale.

Where the goods are destroyed or damaged before the completion of the sale then the loss of the goods will fall upon the seller.

Rohit bids Rs. 5000 for a costly mirror at a auction sale. The auctioneer purports to accept the bid by striking the hammer, but accidently strikes the mirror which is broken to pieces. Therefore the sale is not complete and the seller has to bear the loss.

The seller can also bid. A right to bid may be reserved expressly by or on behalf of the seller. Where such right is expressly reserved the seller or any one person on his behalf may bid at the action. Secret employment of even one Puffer (a person who is employed to bid at an auction to incite others and raise prices) is fraudulent unless a right to bid is expressly reserved, and even in that case, the employment of the second Puffer is fraudulent.

Where a sale is not notified to be a subject to a right to bid on behalf of the seller, it is not lawful (i) for the seller to bid himself or to employ any person to bid at such sale, or (ii) for the auctioneer knowingly to take any bid from the seller or any such person. Any sale contravening this rule may be treated as fraudulent by the buyer.

Any auction sale may be notified to be subject to a reserve or an upset price. It is a price below which the auctioneer cannot sell the good.

– In this case it was decided that where the sale is subject to a reserve price, every bid is accepted conditionally on the reserve price being reached.

But where the sale is without reserve, the goods can be sold to the highest bidder whether the sum bid is equal to the real value or not.

If the seller makes use of pretended bidding to raise the price, the sale will be voidable at the option of the buyer.

7• Knock out or agreement not to bid against each other

Where a group of people form a combination to prevent competition among themselves at an auction sale and arrange that only one of them will bid and that they will dispose of anything so obtained privately among themselves, such a combination is called a “knock out” and it is not illegal Jyoti v. Jhowmull [4].

But if the intention of the parties to knock out is to defraud a third party then that knock out will be illegal.

The Auctioneer does not have the power to sell the goods on credit as per his own wish. The auctioneer cannot accept a Bill of Exchange either unless the seller is expressly fine with it.

It was stated that if there exists no reserve price for the property which has to be put in the Auction then that property must be sold to the genuine highest bidder. There are some exceptions also to this rule, like if the seller is not authorised to sell, unlawful selling of good, if the buyer has no right to buy or of the buyer does not have the enough money.

Here, an advertisement was given in the newspaper that certain items to be sold and would be auctioned in the decided place for three days. The plaintiff of this case wanted to buy some goods from the auction but those goods were withdrawn. For this inconvenience the plaintiff sued the defendant for the loss of time and travel expenses. The court in this case held that advertisement for an auction sale does not constitute any offer and so the advertiser can withdraw goods anytime before the auction held.

Damping is an illicit act dissuading the intending purchaser from bidding-

• By pointing out defects in goods, or

• By performing some other act so that the intending purchaser is not in a position to have proper estimate of the worth of the goods, or

• By scaring the intending purchaser away by some another device.

Damping is prohibited and entitles the auctioneer to withdraw the property from the auction.

IMPLIED WARRANTIES IN AN AUCTION SALE

When auctioneer sales goods, he impliedly undertakes the following obligations:

1• He warrants that he has the authority to sell.

2• He undertakes to give possession of the goods against the price paid to him.

3• He also warrants that he does not know of any defect in the title of his principal.

4• He guarantees the quiet possession of the goods by the purchaser.

The Auction Sale is mentioned under sec 64 of the Sale of Goods Act, 1930. This Act specifically deals with a movable property. Auction sale can be defined as a public sale. The parties involved in an auction sale are the auctioneer, who conducts the auction and the buyers, who intended to buy the goods in the auction.

As I have already stated that the auction is said to be completed only when the hammer is dropped down or by a customary manner. The ownership of the property thus passes from the owner to the highest bidder. The seller himself cannot bid and he also can appoint anyone to bid on his behalf. The auctioneer is said to be the agent of the owner of the property. The owner can also be the auctioneer of his own property. The auctioneer should be always an authorised person and he must act for the benefit of the seller (owner of the goods) with a bonafide intension. The bidder can withdraw his bid anytime before the completion of the auction. Here any bid is an offer and to which acceptance is completed only when the sale deed has been executed in the name of the highest bidder.