Rights Of An Unpaid Seller Against Goods 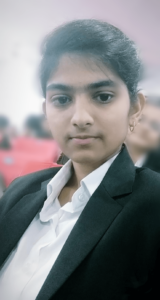 The Sale of Goods Act, 1930 came into effect on 1st July 1930. This act governs the contracts or agreements related to the sale of goods. As provided by Section 2(f) of the Indian Contract Act, 1872, any set of promises made which forms the consideration or part of the consideration for each other are called reciprocal promises. In case of sale, every contract of sale of goods consists of reciprocal promises. The seller has to deliver the goods sold and the buyer is bound to pay the price in return, under the contract of sale agreed by them.

• Right of stoppage of goods in transit

DEVELOPMENT OF SALES OF GOODS ACT, 1930

RIGHTS OF AN UNPAID SELLER

Seller is a person who either sells or agrees to sell goods as defined under Section 2(13) [1] of the Sale of Goods Act, 1930. Under this act, any person can be a seller who step into the shoes of a seller be it the agent of the seller to whom the bill of lading has been endorsed, or a consignor or agent who has himself paid or is directly responsible for the price. The term “unpaid seller” has been defined under Section 45 of the Act as the seller who has not been paid the whole amount of the good sold or a seller who against whom the negotiable instrument was dishonored which he was given as a conditional payment. The section reads as follows:

““Unpaid seller” defined. – (1) The seller of goods is deemed to be an “unpaid seller” within the meaning of this Act-

(2) In this Chapter, the term “seller” includes any person who is in the position of a seller, as, for instance, an agent of the seller to whom the bill of lading has been endorsed, or a consignor or agent who has himself paid, or is directly responsible for, the price.” [2]

Under this Act, the “unpaid seller” is entrusted with two kinds of rights, viz: –

RIGHTS OF UNPAID SELLER AGAINST THE GOODS

The Sales of Goods act, 1930 provides for several rights to the seller which he can enjoy against the buyer in case he has not been paid the whole amount of the goods sold irrespective of the fact that the property in the goods may have passed to the buyer. Those rights are: –

a) Right of lien

b) Right of stoppage of goods in transit in circumstances that the buyer has become insolvent and the seller has parted with the possession of the goods.

Circumstances in which this right can be exercised are: –

However, it is to be noted that right of lien can be exercised only in the cases of non-payment of price and not where other charges like warehouse charges are due. In those circumstances the seller’s only remedy is bring a personal action against the buyer.

There are certain circumstances when the unpaid seller loses his right of lien. They are: –

b) Right of stoppage of goods in transit

Section 50 [13] of the Sales of Goods Act, 1930 empowers the seller to stop the goods in transit in case where he has parted with the possession of the goods and the buyer had become insolvent.

Following are the circumstances where the seller can exercise his right of stoppage of goods in transit: –

1• Where the buyer becomes insolvent.

2• Where the goods are in transit with the carrier.

3• Only in cases of non-payment of price and not for any other charges.

Some important provisions relating to duration of transit are: –

• Section 51(4) [14]: This section provides that the transit does not come to an end when the buyer refuses to accept the goods and the goods remain in the possession of the carrier.

• Section 51(5) [16]: In circumstances where the goods are boarded on the ship chartered by the buyer, the transit comes to an end only when the carrier is acting as an agent of the buyer.

When does the transit comes to an end?

After availing the right of lien and stoppage in transit, Section 54[18] arms the seller to re-sell the goods. Simply, if after availing the rights of lien and stoppage in transit, the buyer does not pay the price within a reasonable time, the unpaid seller is entrusted with right to re-sell the good in the following circumstances: –

• Where the goods are of perishable nature

• Where the right of re-sale is expressly reserved by the seller in case of default made by the buyer.

In circumstances where the unpaid seller sought to make re-sale of the goods, he is obliged to give notice of his such intention of re-sale to the buyer, except in the cases where the goods are of perishable nature. This notice is given to give the buyer an opportunity so that he can either fulfil his obligation by the payment of prices or if he is not able to pay the price then in such cases supervises the re-sale so as to see that the same is made properly, because in case of loss it has to be borne by the buyer. Furthermore, notice must be given within a reasonable time, so that the buyer gets a reasonable opportunity either to fulfill the contract or to supervise the sale.

Loss or profit on re-sale

It is evident that the seller may suffer either profit or loss on re-sale. And in circumstances, where the seller suffers loss, provided that the re-sale was made properly, the original buyer would be liable for the loss borne by the seller because such loss had occurred due to the failure on the behalf of buyer to perform his part of obligation.

However, in circumstances where the seller gain profit after making proper re-sale, the seller himself is entitled to retain the surplus. But in cases were no notice was given, the unpaid seller would not be entitled to the profit. Moreover, if the seller makes undue delay in re-selling and suffers more than what he would have suffered if the re-sale was made within a reasonable time, in such circumstances, then he would be entitled to claim only that amount as compensation which would be equal to the difference between the contract price and the market price on the date when the resale ought to have made.

Eduljee v Café John Bros.[19]: In this case a refrigerator was sold by the seller to the buyer for ₹120 and it was further agreed that the seller will put that in order at a cost of ₹320. After the delivery the refrigerator was working satisfactorily, however, two of its parts were delivered to the seller for further repairs. And after this the seller retained the possession of property claiming his right of lien over it until the amount due won’t be paid. It was held that once the property is delivered to the buyer, the seller’s right of lien comes to an end and he cannot exercise the right on getting the possession of the goods again.

Hammond v Anderson[20]: In this case a delivery order in respect of certain goods sold was given to the buyer. The goods were lying at a wharf. The buyer weighed the whole good but took only a part of it. It was held that the delivery of a part in this case amounts to the delivery of the whole.

Schotsmans Lanceshire and Yorkshire Rly.[21]: In this case Lord Cairns LJ., observed, “The essential feature of stoppage in transit is that the goods should be in the possession of a middleman or some other person intervening between the vendor who parted with and the purchaser who has not received them.”[22]

Turner v Trustees of Liverpool Docks[23]: In this case the cargo of cotton was put on board which belonged to the buyer but the goods were made deliverable to the seller on his order. Patterson J. observed that, “there is no doubt that the delivery to him, unless the vendor protects himself by special terms, restraining the effect of such delivery. In the present case, the vendor by the terms of the bill of lading made the cotton deliverable at Liverpool to their orders or assigns, and there was not therefore a delivery of the cotton to the purchasers as owners, although there was delivery on board their ship. The vendors still reserved to themselves, at the time of delivery to the Captain, the jus disponendi of the goods, which he by signing the bill of lading acknowledged.” [24].

Mysore Sugar Co. Ltd., Bangalore v Manohar Metal Industries [25]: In this case, on the default from the side of the buyer, the seller sent him a notice on 12th September 1966 that if the buyer wouldn’t be lifting the goods within three days, the contract will be assumed to be cancelled. The buyer didn’t lift the goods. The seller re-sold the goods on 30th December 1966 and sought the seller for the loss he faced on re-selling. It was held that since the seller had made unreasonable delay of over 3 months in making the resale, he cannot claim compensation.

Thus, it can be concluded that the rights provided by the Sale of Goods Act, 1930 to an unpaid seller can be exercised only in the case where the price of the goods sold is not paid to the seller. Moreover, the unpaid seller can exercise these rights against goods only when the goods are in existence and the title has not gone to the buyer.

The Sale of Goods Act, 1930 has undergone several amendments till present. These amendments were made to meet down the needs of commerce in the 21st century both for consumers as well as traders. Moreover, the Sale of Goods Act, 1930 ensures a minimum standard of quality that can be applied to a wide variety of goods. Further, it also provides new remedies that may be more adequate for certain types of non-conformity with the contract.

One Thought to “Rights Of An Unpaid Seller Against Goods”