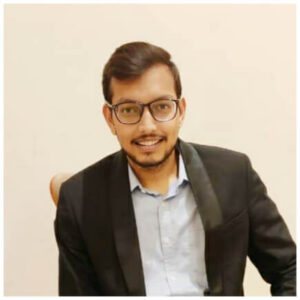 This Blog is written by Harshit Rai from Amity Law School, Lucknow. Edited by Pranoy Singhla.

A man in India enters his friend’s house and greets everyone with a warm shake hand or a hug. When he sees the woman of the house, he would join his hands together and say ‘Namaste’ which accurately translates to “I bow to you”. This is a greeting which shows admiration to the person. This is also a symbol of humility shown towards a God or Goddess.

That’s how culture of India has been at some period of time. In India, women are treated with respect and reverence like that of God. However, this respect that’s prevalent within the culture hardly materializes into equality between the two sexes. One cannot help but make this comparison of culture and equality in other countries, especially those which are developed nations and have focused on gender equality for a longer period of time, just like the United States of America. This comparison is apt as these two nations happen to be the most important democracies within the world.

CAN THE CULTURE OF A COUNTRY RESULT IN A DISPARITY BETWEEN THE GENDER?

India has been a male-dominated country for years and until recently had did not see women as equals, capable of operating within the same fields as men. This is due to the patriarchal culture that has been followed within the country, through religion, mythology and other common practices like sati, dowry, triple talaq etc which had resulted in an weak image of women. Such a culture remains within the process of being eradicated as India remains a developing nation.

But what about other countries where such culture didn’t even exist? One should wonder if the matter of inequality is present in developed countries just like the U.S. as well since a serious factor for determining the growth of a nation is gender equality.

Unfortunately, even the U.S. has not done very great when it comes to its status of gender equality. While the reasons may be different, the U.S. has also often faced backlash for not improving the status of gender equality. In fact, India has had a lady president and a lady prime minister also, but the U.S. is yet to ascertain the country ruled by a lady leader. Maybe India and the U.S. could learn a few lessons in this regard from each other.

STATUS OF INEQUALITY BETWEEN THE TWO SEXES IN INDIA

The Global Gender Gap is measured by the World Economic Forum. This is a measure of parity between both the genders and indicates the disadvantage in access to certain fields women have in comparison to men.

It takes under consideration various factors like economic participation and opportunities, education, health and political empowerment. Hence, it can be relied upon as an important factor.

According to the Global Gender Gap Index rankings of 2018 (Report published in 2020), out of 153 countries India was ranked 112th with a score of 0.668. This implies that 66.8% of the women in India do not face a gender gap while the remaining population of women in India are still suffering from this gap that is hampering their growth. While India has seen a fall in its ranking, there has been a rise in its score. (Previous rank: 98, Previous score 0.601)

Status of the United States of America

FIELDS WITH INEQUALITY MOST PREVALENT

Economic participation and opportunity for ladies are ranked quite low. Its major failures are with reference to wage equality and are ranked way below average. Another point to note was the share of Legislators, officials and managers during which there’s a huge gap. The percentage of women during this field covers only 13.7% while men cover the remaining 86.3%.

Although as previously mentioned, India has ranked high during this category which is because within the last 50 years India was ruled for nearly 20 years by a woman, while most countries haven’t had a women rule their nation.

The report clearly stated that the United States of America progress toward gender parity has bogged down and has also shown an overall decrease in its ranking.

The inequality between both the sexes is clearly visible within the field of political empowerment. It is also the area where it’s performed the worst. The percentage of seats occupied by women in the US parliament was nearly about 24% and the total percentage of ministerial positions of women was almost 22%. Both are very low percentages for a state where the number of women is higher than the men.

The report also stated that out of the last 50 years, USA was headed by a male leader. While in all the other fields the U.S. has fared above average but the only alarming fact is that its improvement has either been stagnant or its scores have gone down.

This article provides citizens with the right to equality. This implies that they would be treated equally before the law and would also receive equal protection under the law. In the context of gender equality, it is important as this would ensure that women in all fields are not subject to any unfair bias and do not suffer from any arbitrary decisions. It also states that there must be a legitimate reason given for rejection or differentiation so as to make sure that the choice isn’t arbitrary.

Additionally, this Article is also used to provide gender equality for women in workplaces by providing for the Right to Work with dignity and be safe from harassment through Vishaka guidelines in the Vishaka & ors. vs. State of Rajasthan & ors[1].

This article prohibits any kind of discrimination on the basis of sex, religion, caste, place of birth, and hence are often said to be a crucial piece in the fight against gender inequality. More importantly, this also allows the State to form special provisions for ladies and youngsters.

This article provides for equal opportunities employed to all or any citizens and states that nobody must be subjected to discrimination on the basis of sex, caste, place of birth, etc.

It is a directive principle for the state and it directs the state to promote the welfare of the people. It further states that the govt must strive to scale back the inequalities in income, status and opportunities for the people.

This article basically states that the govt has the responsibility to make sure for both men and ladies equally – right to an adequate livelihood, equal pay and health for the ones who are involved in work-related activities.

There are certain important enactments by the govt of India that deserve to be discussed during this context.

According to the provisions of this Act, an employer cannot make any unreasonable discrimination when it involves the remuneration for employment and therefore the payment must be of similar nature for an equivalent job. Additionally, there must also not be any difference made while an assignment of employment, promotion or transfer of women, unless the type of labour is unsuitable for women.

Although this is often a pending bill within the Lok Sabha, it’s been passed in the Rajya Sabha and would definitely be beneficial for ladies because it would enable them to adequately represent them within the parliament. This bill seeks to reserve 33% of the seats in the lower house of the parliament for women which they would use in rotation.

This amendment in 1920, women got permanent voting rights also referred to as women’s suffrage. Through this amendment, the states were prohibited from denying a person the proper to vote on the idea of their sex. This can be considered to be one among the foremost important provisions for ladies in a democracy because it puts women on an equal footing with men when it comes to deciding the government.

Through this Act, it had been made illegal for an employer to pay a lower salary to a woman for an equivalent sort of job or the other similar job. It was decided that the remuneration must be identical if not an equivalent. This Act was passed to decrease the wage gap between men and women.

This Act was introduced in 1964. It prohibits any sort of discrimination in all fields especially voting education and use of public facilities on the idea of race or sex. This Act also provided for an Equal Employment Opportunity Commission which might aid within the enforcement of those provisions.

This case has relevancy because it focuses on the necessity to supply justice and equality to all or any citizens. It mentions that there must be provisions to eradicate any undesirable practice within the sense that it leads to discrimination on the idea of faith, caste, sex, etc. To serve this purpose, the state can make provisions for ladies to enhance their status.

This case defended the provision for reservation of seats for ladies employed in municipalities. It stated that this would amount to discrimination favourable to women and it doesn’t offend any provisions of the constitution, instead such a provision would be qualified according to Article 15(3).

Female employees of the Corning Glassworks company raised a complaint regarding discrimination on the basis of gender during payment of salaries. It was argued by the Company that the difference in salaries was result of the night shifts that the men were involved in, while the women of the Company were barred from working during night hours. According to the Company, this created a difference in working conditions and hence an increase in salaries.

It was held by the U.S. Supreme court that the employers cannot give any vague reasons for paying lower wages to women and therefore the conditions of night shift are largely almost like the regular shift.

This case emphasised on equal buy equal work and an effort to eliminate discrimination between the sexes regarding payment of wages.

Both India and U.S has its justifiable share of problems related to sex inequality and that we can conclude that while they are taking steps to enhance it there is still an enormous scope of improvement during this regard for both the countries. As mentioned above the U.S could certainly benefit from the policies as it would create specifically dedicated teams and commissions to promote women needs. In addition, thereto, other enforcement bodies would also become sensitive to issues that are associated with women and take measures to enhance their conditions.