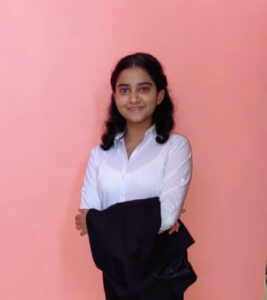 This Blog is written by Tisha Roy from NALSAR University of Law, Hyderabad. Edited by Karan Dutt.

Techniques like PND (Pre- natal Diagnostic) are performed on a developing foetus. These tests use technologies like foetoscopy, ultrasound, chorion villi biopsy etc to carry out diagnosis on foetus. These test are used to find out health conditions of child, after PND if it is found out that child has some disorder or genetic condition then parents/ mother have option to terminate the pregnancy or continue with it. However these tests have always been in discussion regarding their morality and legality to use them. Various thoughts processes are there on their use and to what extent these should be allowed, even if their success at use.

In India, this practice of Pre- natal Diagnostic is governed under Pre- Conception and Pre-natal Diagnostic Technique Act, 1994 (was amended in 2003 and 2011). The aim and intention behind the making of this act was to prohibit the use of PND techniques for the determination of the sex of the foetus which leads to female feticide resulting in low sex ration of India.

Because sex determination, or determining the sex of a foetus and eliminating the unborn if it is of an undesired sex, was the primary goal, the rule was enacted both before and after contraception. The blanket protection of the Act provides that it is not possible to use pre-natal diagnostic techniques to abort foetuses whose sex and family history indicate a high risk for certain sex-linked diseases or to choose a foetus whose sex is less susceptible to certain sex-linked diseases. While it is possible to abort a foetus that is at danger of major physical or mental disability under the Medical Termination of Pregnancy Act of 1971, it is not legal to choose a foetus that is less likely to suffer from a sex-related disorder. As a result, it only permits the use of prenatal diagnostic procedures for the detection of the conditions listed below.

(6) Certain other congenital abnormalities and diseases, as may be specified by the Central Supervisory Board.

PND techniques cannot be done by anybody who is not qualified or permitted under the Act, or in a location that is not required to be registered under the Act. Furthermore, in order for such a person to apply these approaches, he or she must record specific aspects of the patient’s state (pregnant woman). To establish a valid ground for doing such methods, the following conditions must be met.

• Should have undergone 2 or more spontaneous abortions or foetal loss,

• Has been exposed to potentially teratogenic agents such as  radiation, drugs , infection

• physical deformities such as spasticity or any other genetic disease,

• Any other conditions as specified by the Board.

• Furthermore, such treatments cannot be carried out without first informing the pregnant lady of all known side effects, advantages and disadvantages, and obtaining her written agreement.

In the year 2006, the Ministry of Health and Family Welfare of the Government of India published a Handbook on the Rules and Amendments of the PC-PNDT Act. In accordance with the Act, it includes recommendations on qualified persons, registration procedures and requirements, policies, and so on.

• The offences are cognizable, non-bailable, and non-compoundable under this Act

• The act forbids any person or organisation from advertising, including visual representations to that effect, relating to prenatal sex determination in any form. Anyone who disobeys such an order faces a sentence of imprisonment of up to three years and a fine of up to ten thousand rupees.

• Any qualified person under the Act who owns or is a part of a Genetic Counselling Centre, Genetic Clinic, or Genetic Laboratory who violates any provision of the Act or rules made under will face the same penalty as above, as well as imprisonment for up to five years and a fine of up to fifty thousand rupees on any subsequent conviction.

• In addition, such a person will be notified to the Appropriate Authority, who will take appropriate action, including suspension and removal of their name from the Council’s registry.

• Any other person who seeks the help/assistance of qualified persons and registered places for the purpose of performing any procedure prohibited by the Act on a pregnant woman is punishable by imprisonment for a term of up to three years and a fine of up to fifty thousand rupees for the first offence and any subsequent offence.

1. At state level- it’s a three member team (Officer of a rank of Joint Director or above of Department of Health and Family Welfare, Eminent women from NGO, Officer of Law and Judiciary Department).

The Pre-Natal Diagnostic Techniques (Regulation and Bar of Misuse) Bill, 1991, which was introduced in Parliament in 1994, is still in the works. Women’s groups, health organisations, and democratic rights organisations approached the President again in 1992, requesting that he integrate proposals (presented in 1992) and withhold approval to the 1991 Bill unless these elements were included. The registration of Genetic Guidance Centres and Laboratories can only serve the purpose of regulating private clinics that, despite the law’s inadequate deterrent mechanisms, continue to profit from these operations. Licensing would also open the door to yet another route of corruption to circumvent the paperwork. Instead of lending credibility to the private sector, we’ve become increasingly aware that these examinations should be limited to government facilities with public accountability.

Future sex-determination technologies, such as craniates cell testing in maternal blood, subtle sex-pre-selection techniques, such as electrolysis, and Ericsson’s methodology, are currently unprotected by the law. Unless future technology expands the scope of the legislation to intervals, it will quickly become digressive to the terrible issues that it is supposed to address.

The most obnoxious and illogical aspect of the rule is that it penalises women in order to act as a deterrence. In a climate where the social system allows very little room for women to make autonomous judgments and women are pushed to construct “choices,” such a clause can only add to their agony. Women’s incarceration can only help to defend the interests of those who are liable.

There is no provision for the establishment of local vigilance committees that could aid in effective implementation, and only central and state-level bodies are mentioned. The punishment meted out to the offenders is insignificant, and given the huge profits made during this business, it is unlikely to serve as a deterrent.

Many more ministries involved in the campaign against sex determination and determination have praised the measures. However, the truth remains that the Act’s execution and, as a result, the judicial technique are insufficient in a geographical area. Society should also evolve with also then only it can lead desirable results. Though attempts have been made to make sufficient laws to tackle the problem but these laws need more amendment and proper implementation to reach the goal.