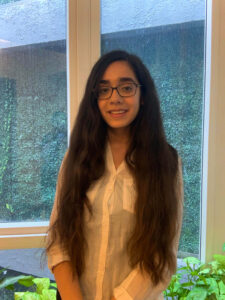 On 5th June 2020, the President of India issued three Ordinances-  The Farmer’s Produce Trade and Commerce (Promotion and Facilitation) Ordinance, 2020, The Farmers (Empowerment and Protection) Agreement on Price Assurance and Farm Services Ordinance, 2020, and The Essential Commodities (Amendment) Ordinance, 2020. These later got passed by both houses of the Parliament. The first provides for intra-state and inter-state trade of farmers’ produce outside the wholesale markets or mandis that are formed under the state Agriculture Produce Marketing Committees (APMC). This act also allows for conducting electronic trade. These electronic transactions will enable direct buying and selling online. It also bans the government from levying market fees from those transactions which fall outside the ambit of APMC areas. The second act lays out a structure for conducting farming through contracts between farmers and buyers before the production. The minimum period of the agreement, which is one crop season, and maximum period, which is 5 years if the production cycle is less than 5 years, are also detailed out. The contract will be based on a mutually agreed-upon price. This act also provides for a dispute settlement mechanism. The third act is an amendment to the Essential Commodities Act, 1955 which authorized the government to lay out essential commodities. This act empowers the central government to manage or prohibit the production, supply, distribution, trade, the commerce of specific food items under-price triggers that are of an extraordinary nature like famines, wars, an exceptional surge in price rise, and a natural calamity. The imposed limit is contingent on the price trigger.

The APMC is a board that regulates agricultural produce and markers. It is under the State Government and aims to do away with the exploitation faced by the farmers’ when they are compelled to engage in transactions at very low prices. It essentially seeks to establish a fair seller-buyer relationship. Various mandis are established in states according to a given division. The farmers’ produce is bought and sold here. It regulates through licenses, which are a requirement to trade within the market.

Collectively, the three acts seek to multiply the number of buyers by providing for free trade without the need to impose licenses or limit the stock. They also aim to encourage competition within the agricultural sector, which will lead to enhanced incomes for the farmers. The acts do not scrap the current APMC provisions but instead, restrict its functioning and regulatory capacities by allowing farmers to move beyond the boundaries of markets.

The Act was severely criticized in light of the way in which it was passed which makes it problematic. The audio was cut off so the viewers could not hear what was being said in the Rajya Sabha proceedings. The opposition contended that the government had openly defied accepted parliamentary procedures involved in the passing of the bill by not heeding to their demand of letting the Parliamentary Committee conduct a comprehensive review of the bill. They also likened these acts to a ‘death warrant’ and proclaimed that they are ‘anti-farmer’. Another dubious instance was the fact that a voice vote was conducted instead of calling for a division of votes. The former procedure entails the chairman putting a question forward in the house. The Members of Parliament are required to voice their opinions in the form of saying ayes and noes loudly. The chairman then decides, based on an estimate of which side was louder, if the motion is passed or not. This method is not accurate or reliable and is usually utilized to rush the procedure.

In Punjab, 31 farmers’ organizations started collectively protesting against the passing of the bill and called from a ‘Punjab Bandh Call’ on 25th September. Similarly, several protests have been going on in Haryana and other parts of the country as well.

The Acts seek to dismantle the mandis that are regulated by the government to enable farmers to engage in direct selling to private buyers. They also set up a framework for the farmers to enter into contracts to sell their produce. The government claims that these acts will upgrade the Indian agricultural sector and encourage private investment. But deregulation is not a necessary precondition for ensuring an increase in the number of buyers.

Most of the opposition expressed by farmers’ center around the fact that they feel their interests are not protected by these acts as outside the mandi system as there is no statutory provision for Minimum Support Prices (MSPs). This is a previously agreed-upon price at which the central government purchases the farmers’ produce. This price is not contingent upon the market prices. This safeguards the farmers against extraordinarily low prices.

There is a large presence of government procurement centers in Punjab, Haryana, and some other states within mandis. There is a general concern that encouraging trade beyond the mandi’s boundary will make those centers unviable for the farmers and hence, will diminish the government procurement levels. The MSP acted as a safety net, especially for marginal rice and wheat farmers. Since there are a large number of farmers engaged in producing rice and wheat, there is often a threat of low prices, which the MSP safeguards against.

The Standing Committee on Agriculture (2018-19) made some recommendations where they claimed that the existence of a transparent, efficient, and accessible platform for markets was necessary for the farmers to obtain fair prices. It also noticed that many APMCs laws were not adequately enforced. Some lacked enough traders which lead to a situation of cartelisation and decline in competition. Sometimes, there is unreasonable reduction through the front of commission charges and market fees. Acts did not encourage more channels for marketing.

In 2010, a Committee of State Ministers was formulated according to which, complete deregulation did not necessarily lead to a surge in private investment. What was required was a proper legal and institutional framework to ensure the smooth operation of markets and attract investment.

In Bihar in 2006, the APMC Act was scrapped away to attract private investment while giving sub-divisional officers control over the market. But, due to inadequate upkeep, the existing infrastructure eroded and hence, led to a reduction in marketing infrastructure.

The acts dismantle the monopoly of the APMCs mandis which will subsequently diminish their relevance. The entry of private players or big corporations does not ensure MSPs. Also, these private companies are in a better position and exercise undue influence on the farmers. There is a disproportionate share of power and the farmers lack bargaining power. They may lack the proper knowledge to negotiate terms and conditions that serve their interests. There is a threat of powerful investors binding the farmers to exploitative contracts. These steps towards the corporatization of the agricultural sector are looked down upon and the market could be a doubtful factor in deciding the fortune of the farmers. There is also a threat regarding the loss of revenue that was earlier collected from mandi taxes and fees.

The middlemen are also heavily impacted by this legislation. These arhatiyas or commission agents are the ones responsible for brokering the sales, managing issues of storage and transport. The arhatiyas charge a certain commission in return for their services. The whole process is embedded in a complex mechanism regulated by personal and business relationships.

The acts also enable farmers to move into a flexible system and create more marketing channels. The prices that exist beyond the mandi boundaries could also be a benchmark for prices within the mandis to allow for better prices.

Federalism refers to a situation when powers are allocated among the center and state. They have the exclusive power to function within the areas they have been allotted. The 7th Schedule of the Indian Constitution details 3 lists that provide for the allocation for powers- the Union List, the State List, and the Concurrent. The first is under the direction of the Parliament, the second under the state government and the third can be operated by both, the center and state. Concerning agriculture, the state has powers over this sphere according to the state list. In this light, it can be said that the Parliament is exceeding its powers and encroaching upon the State’s exclusive powers and violating the spirit of federalism.

The case related to the Wealth Tax Act, 1957. Through this, a tax is imposed on the capital value of the net wealth of individuals, companies, Hindu undivided families. Later, agricultural land was to be included as well. This was challenged because agricultural land was a subject of the State and not the Union. This held that the validity of parliamentary laws can be challenged based on 2 grounds- that the subject is included within the State list and if it violates the Fundamental Rights.

The verdict put an end to arbitrary dismissal of the state governments by the center under Article 356 of the Indian Constitution. It also held that the basic structure of the constitution incorporated federalism as well.

Held that courts utilize the doctrine of ‘pith and substance’ in situations of overlapping legislation in terms of the lists enshrined in Article 246. This doctrine talks about the essence and the true nature of the law.

The attempts to ameliorate the agricultural sector is not new. The operation of mandis is often not transparent and efficient. Many farmers continue to be restricted and be subsistence farmers while others go on to be entrepreneurial farmers. Some amount of private buying did occur but informally and with small traders. The Acts formalize these private transactions to give more security and this allows the farmers to participate more in the country’s economy. The elimination of the middlemen will also enable them to directly conduct business and hence, increase their incomes.

But, the fact that the farmers’ were not consulted to deliberate upon these issues which involve their livelihood is problematic. Farmers were comfortable and satisfied with the mandis as they were a vital part of the agricultural trading ecosystem. They shared a mutually beneficial relationship with the middlemen and mandis that transcended the boundaries of just transactions involving agricultural produce. There is a requirement to implement a statutory provision for MSPs as well. It is just government policy but it plays a huge role in safeguarding the farmers. It is also feared that corporations, due to the unrealistic criteria to impose stock limits, will end up hoarding the product and release it when prices increase. There is also a threat that this is a step towards abolishing the APMC mandi system altogether in the future.