Introduction to CBFC And The Cinematograph Act, 1952 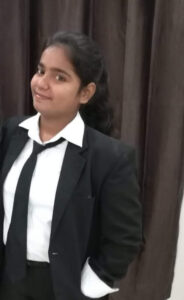 This Blog is written by Arpana Komal from Central University of South Bihar, Gaya.  Edited by Harsh Sonbhadra.

CBFC stands for Central Board of Film Certification which is often referred to as the Censor Board which is a statutory body under the Ministry of Information and Broadcasting, regulating the public exhibition of films under the provisions of the Cinematograph Act 1952. It assigns certifications to films, television shows, television ads, and publications for exhibition, sale, or hire in India.

Censorship can be defined as the ‘prohibition or suppression of any part of the news, books, films, etc. that are considered politically unacceptable, obscene or a threat to security.’ Films are considered a superb medium of communication with the public. Development in the technology field has brought a drastic change and films are now able to reach the public in every corner of the world. Also, it has boosted the power of films to significantly contribute to the cultural and social development of the country. Press and Films enjoy the same right and status provided under Article 19(1) of the Indian Constitution which guarantees freedom of speech and expression Therefore, both Press and Films are regulated under this provision. But this right is not absolute and has certain limitations like matters against foreign relations, public policy, integrity and sovereignty of the State, decency, and morality, public order, etc. are certain limitations mentioned in Article 19(2) of the Constitution of India.

The Cinematograph Act, 1952 (the Act), make sure that films fulfill the objectives which are prescribed by law. Provision for the establishment of a Central Board of Film Certification (the Board) has been stated in this act and it is the regulatory body in the country which issues a certificate to the directors or producer of the movie for public exhibition. Once the Board has examined a movie, it can:

• Approve the film for unrestricted exhibition;

• Approve the film for public exhibition limited to adults;

• Direct such modifications and excisions in the film before sanctioning the film to any of the above;

• Refuse to approve the film for the exhibition completely.

2. S. Rangarajan v. Jagjivan Ram: Similar question was raised in this case and it was held ‘if the exhibition of the film could not be validly restricted under Article 19(2), risk of procession and demonstration was not a valid ground to suppress the same.’ The Hon’ble court further added that it was the duty of the state to protect the freedom of speech and expression.

3. Bobby Art International v. Om Pal Singh Hoon: In this case, it was held that a film must be judged in its entirety. Further, where the theme of the film is to condemn violence and degradation, scenes of expletives to advance the message, which was the main intention of the film, is permissible.

Generally, there are four forms of certifications given by the Central Board of Film Certification:

1. Universal (U): this sort of certification is that the Unrestricted Public Exhibition and other people of any age bracket may watch this sort of movie. The film might be of family, educational, or social-oriented themes. This category film has fantasy violence and minimal foul language. When a movie is being certified U by the Board, it must make sure that the movie is suitable for a family to observe it together including the kids.

2. Parental Guidance (UA): this sort of certification explains that the film might be watched by all age groups but children below the age of 12 should be amid their parents. The rationale for this might be that the movie might not be the foremost appropriate for the kid without the guidance of their parents.

3. Adults Only (A): because the name suggests, this sort of film is merely for adults. A person above the age of 18 is adults, for the meaning of this certification. The theme may contain disturbing, violent, substance abuse, and other related scenes that aren’t considered suitable for viewing by children who could also be influenced by an equivalent negatively. Films that meet the requisites of the abovementioned criteria but aren’t suitable for exhibition to children or those below the age of 18 shall be certified A.

4. Restricted to Special Class of Persons (S): This is often the last sort of the certification under the board, and therefore it explains that the films which are rated S are meant for a special class of persons only. for instance, doctors. If the Board believes that with regards to content, nature and therefore the theme of the film is to be restricted to members of a category of persons or any profession, the above certification shall tend to such film.

The Board must also make sure that anti-social activities like violence don’t seem to be justified or glorified; The way criminals are depicted, and other related words or visuals must not incite the commission of any reasonable offense; The scenes showing ridicule and abuse of mentally and physically handicapped, cruelty or abuse of animals, involving children as victims of violence and abuse must not be presented needlessly; Avoidable or pointless scenes of cruelty, horror, and violence that are intended to produce entertainment but may have the effect of dehumanizing or desensitizing people don’t seem to be shown; Scenes that glorify or justify drinking aren’t shown; Scenes that tend to justify, glamourize or encourage drug addiction aren’t shown. Additionally, similar scenes for the consumption of tobacco or smoking must not be shown; Human susceptibilities aren’t offended by obscenity, vulgarity, or obscenity; Words with dual meanings that cater to dishonorable instincts aren’t used; Scenes denigrating or degrading women in any manner isn’t shown; Scenes that involve sexual violence against women within the sort of rape or the other sort of molestation are avoided. If the theme of the movie requires so, an equivalent must be reduced to a minimum and no details are to be shown. a similar goes for scenes that involve sexual perversion; Words or visuals contemptuous of spiritual, racial, or other groups must not be presented; Words or visuals that promote obscurantist, communal, anti-national and anti-scientific attitude aren’t shown; The integrity and sovereignty of the country aren’t called in question; the safety of the country isn’t endangered or jeopardized; Relations with foreign states aren’t overwrought; Public order is maintained, and not hindered; Words or visuals involving defamation of a body or a person, or contempt of court aren’t shown; National emblems and symbols aren’t presented except consistent with the provisions of Emblems and Names (Prevention of Improper Use) Act, 1950 (12 of 1950).

The Board shall additionally make sure that a movie is judged as an entire from the attitude of its overall impact and is inspected within the light of the amount illustrated within the film alongside contemporary standards of India and therefore the people that the movie is said to, to make sure that the firm doesn’t corrupt the morality and ethics of the audience. Applying to all or any of the above categories, the Board shall also make sure the titles of every film are carefully scrutinized to make sure they’re not vulgar, violating, provocative, or offensive to the rules mentioned above.

CONSTITUTION OF THE CENSOR BOARD

The Board comprises of a chairman and non-official members, who are appointed by the Central Government. It’s headquartered is in Mumbai, Maharashtra. It’s nine Regional offices, namely, Chennai, Bangalore, Hyderabad, New Delhi, Guwahati, Cuttack, Kolkata, and Thiruvananthapuram.

Regional Offices, as mentioned, are assisted by the Advisory Panels. The Advisory Panels, just like the Board, is chosen by the Central government. The tenure of the members chosen for the panel is for two years and therefore the members are from different walks of life.

It has a two-tier legal system, the Examining Committee, and secondly the Revising Committee.

COMMON REASONS FOR CENSORSHIP OR BANNING OF A FILM

In light of the history of why a movie has been banned, or parts of it are censored, the most categories for why it is done are as follows:

Sexuality: A rigid social organization has been followed in Indian society. Hence, a medium that portrays sexuality no matter the audio, written, or visual form, which has not been fathomed by the society and thinks about a social stigma, is banned because it’d have the effect of undignified morals of Indians.

Politics: The isolation of political forces isn’t far when one talks about censorship. The outline of an allegorical political scene, directly or indirectly, is banned by the authorized party to that. Overt political overtones don’t seem to be appreciated by the govt and hence may be a common reason why certain films are either entirely banned or such scenes are censored or removed.

Communal Conflict: Under a heterogeneous nation like India, if a movie incites or spurs any sort of communal conflict, an equivalent is censored. The aim is to avoid the results such a movie would wear the audience it intentionally or unintentionally targets. If the state believes that a movie would open a window for riots by a community for the way they need been portrayed within the film, an equivalent is banned by the Board or censored.

Incorrect Portrayal: Sometimes, a situation arises where a well-known personality objects his depiction in a very medium which might be exhibited, and consequently goes for censoring the same. For more clarity, during a situation where the medium is of biographical nature, and therefore the person on whom it’s based doesn’t approve the authenticity of an equivalent, there are times when the person has sued for the medium to not be released, or be edited and released upon approval of such person.

Religion: Religion doesn’t appreciate any sort of defiance or disobedience towards the values it proliferates. Hence, any medium which directly or indirectly distorts any aspect of the faith including its preaching, values, idols, to call a couple of, is very criticized and thus, censored.

Extreme Violence: Indubitably, the portrayal of utmost gore and violence may meddle and disturb the human mind. Viewing such scenes may have a negative psychological effect on the mind. If the Board of an identical opinion that such a scene through any medium may have an underlying negative impact on the viewer, contrary to the entertainment or knowledge such scene tries to bestow, a similar may be banned, edited, or censored by the Board publicly interest.

In India, the premise on which a movie is censored or banned has been traditional norms. That being said, what’s censored today might not be censored tomorrow. The socio-economic dynamics of a rustic is continually evolving. Hence, all regulations must attempt to adapt to an equivalent. The Constitution of India guarantees freedom of speech and expression with justifiable limitations on certain expressions like contempt of court, morality, and decency, the safety of the State, public order, incitement to an offense, defamation, etc. and rightly so Censorship in India today may be a complicated affair thanks to our ever-changing ideas of acceptability. We are at a time when all folks got to be more tolerant and more understanding of voices and concepts that substitute opposition to ours. We’d like to face together when we’re called to defend the proper to speech, a right that’s shared by all folks despite our differences.