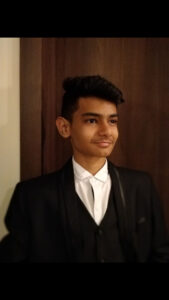 This Blog is written by Arth Ghiya from SVKM’s Pravin Gandhi College of Law, Mumbai. Edited by Harshita Yadav.

Broadcasting refers to the distribution of video or audio content with the help of any electronic mass communications medium to a dispersed audience. It assembles and programs any form of communication content like pictures, images and sounds, signals, writing, etc. in electronic form.

Broadcasting Network Service refers to the service which provides the entire infrastructure of cables or transmitting devices or a system through which communication content can be transmitted in the electronic form to any and every user on specified frequencies by means of guided or unguided electromagnetic waves. It also includes the management and operation of the following:

6. Such other Network Service as may be prescribed by the Central Government.

The Broadcast Service Regulation Bill, 2007 of the Ministry of Information and Broadcasting proposes to centralize power, the regulation of broadcasting and it will now cover films as well. Section 4 makes of the Bill makes it mandatory for every service provider to register his/her TV or Radio channel with the Broadcasting Regulatory Authority of India (BRAI). Certain restrictions will also be imposed on the accumulation of interest and to prevent monopolies across different segments of the media.

The Broadcasting Bill will give sweeping powers to the government and its representatives to interfere with the functioning of media.

SIGNIFICANCE OF THE BILL

a) The new broadcast regulations of the Ministry of Information and Broadcasting (I&B) will not only cover television content but also films.

b) It also aims at strengthening centralized regulation of cable and broadcasting.

c) It aims at effective regulation of certain aspects of carriage and content of broadcasting.

d) Under this bill, no broadcasting service would be possible without obtaining a license in this regard.

e) License for broadcasting and transmitting content in the electronic form to be obtained from a statutory body.

f) The Bill aims to provide a “level playing field to Indian entities” and “facilitating private broadcasting” to ensure “variety and plurality of programs required in different regions and different sections of society in our vast country.”

g) It will cover all electronic and digital advertising within the ambit of the definition of “Content” under Section 2.

1. The broadcast bill has been embroiled in controversy as many fear that the statute and the proposed content code may be used by the government to control and muzzle the electronic media.

2. As the bill seeks to address only broadcasting and cable issues, it has limited applicability.

3. In today’s world, the complicated issues of digital broadcasting must be addressed, or else there will be no sustainable advancement in broadcast jurisprudence.

4. The introduction of the bill into the system may result in the government making it obligatory for every broadcasting network service provider to transmit or re-transmit the content of any or all channels through a DAS.

5. Bill will become a “catalyst for social change”, “promotion of values of Indian culture” by curbing monopolistic trends and ensuring competition.

1) For the purpose of regulating and facilitating the development of broadcasting services in India, the bill proposes to provide for the establishment of an independent authority to be known as the Broadcast Regulatory Authority of India.

2) The First point of the bill wishes to enforce a Content Code that will get into the basics of what can or cannot be shown and when on TV channels. This will help in regulating the content quality of the programs being aired by the broadcasters and to “protect the consumer’s interests”, national interests, and right to privacy.

3) The bill also provided for the power being taken over by the central government to manage and control any broadcasting service or any facility connected with it during the happening of war or natural calamity of national magnitude.

5) The bill also attempts, by imposing limits, cross-media proliferation. Under this, the government will lay down for all the broadcasters, private or public, messages and programmes to be advertised in the name of public service obligations, and it will also prescribe the percentage of programming which should be Indian in origin.

Since the bill has not been enacted, there are no case laws based on it. However, before the bill was proposed, the Supreme Court came out with certain interpretations of its own.

In the year 1995, the Supreme Court ruled that “The Broadcasting media should be under the control of the public as distinct from the government.” It also held that the electromagnetic spectrum was public property and not a state monopoly. The court directed the Central Government to “take immediate steps to establish an independent public authority representing all sections and interests in the society to control and regulate the use of the airwaves.”

1. Along with having a lot of positive aspects, the bill also has several grey areas that need to be brought to light.

2. There is a dying need for adopting a futuristic approach, which appears lacking in this bill.

3. There is also a need to rationalize the Broadcasting Service Regulation Bill, 2007 with the Information Technology Act, 2000.  This is so as the Information Technology Act, 2000 is the prevailing Indian cyber law and impacts all broadcasting in the country, done using the electronic format, as also computers, computer systems, and computer networks.

4. It also appears that the proposed Bill has not been examined with the existing provisions and the prevailing laws in India. It seems like the bill has been drafted in isolation without any attention given to the existing Indian legal system.

5. Section 44 of the proposed bill creates a lot of contentious issues concerning its interpretation and scope.

6. The introduction of Content Code is opposed by most of the broadcasters as in the name of ‘national interest’ and ‘right to privacy of citizens’, it somehow weakens the role of the media (broadcasters).

7. Keeping a check on what will be aired on the television will investigate journalism and infringe rights of free media of the broadcasters.

8. According to historian K N Panikkar, “Among the institutions that contribute to the make- up of a public sphere in society, the media perhaps perform the most critical function.”       However, in the absence of public discussion, no doubt the industrial representatives have commented the most on this aspect of the proposed legislation. However, it should be noted here that most of the broadcasting service providers were concerned about the bill not because their freedom of expression will be threatened but it will have an adverse effect on the business.

The right to free media if not being given to the broadcasters will lead to a lot of arguments between the Broadcasting Regulatory Authority of India (BRAI) and the broadcasting service providers. Journalism needs to be given enough freedom to function effectively in modern society.

This bill even makes it clear that the Broadcasting Authority of India (BRAI) will act merely as a puppet organization that could dance to the tune of the government. There is certainly no need for a Broadcasting Service Regulation Bill to ensure a level playing field for ‘Doordarshan’ and other private channels.

The media industry has adopted the lobbying method against the bill which tries to regulate media ownership and has received support from the leading organizations representing business and industry as a whole. Since the controversy has so far been framed primarily as a tug-of-war between the government and the media, it is not a surprising fact that the final word on the bill will be given only after a meeting being held between the government and the top representatives of the media and entertainment industry before finalizing the Bill.