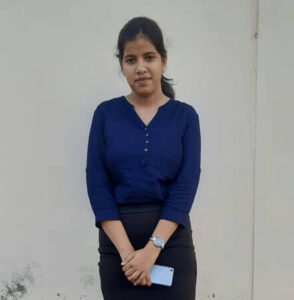 This Blog is written by Sonali Priyadarsani | Column Editor

In order to amend and codify laws relating to intestate succession among Hindus, the Hindu Succession Act, 1956 (Act of 1956) was enacted which brought about reforms in relation to succession and also conferred on women a certain right that was not in existence until then. Furthermore, under Section 6, the Act of 1956 also recognized the special right of male coparceners of a Hindu Coparcenary to inherit the coparcenary property by birth and defined rules for succession among the coparceners. This, however, was patriarchal in terms of gender and, in so far as the daughter of a coparcener was concerned, often negated the constitutional right to equality. In order to eradicate discrimination, the Parliament passed the Hindu Succession ( Amendment) Act of 2005 (Act of 2005), which came into force on 09.09.2005, by which Section 6 of the Act of 1956 was replaced and recognized the coparcener’s daughter as being on par with that of a son and conferred on her rights by birth on the coparcenary property, given that the coparcener’s daughter was conferred on the coparcenary property, provided that any disposition or alienation, division or testamentary disposition of property was not impaired or invalidated by the granting of such a right to a daughter before 20.12.2004.

Following the amendment of the Act of 2005, in the case of Prakash & Others v. Phulavati & Others[1], the Division Bench of the Hon’ble Supreme Court of India held that the Act of 2005 is prospective in nature and that the rights conferred on the daughter under Section 6 of the Act of 2005 are on the living daughter of a living coparcener, requiring the coparcener to be alive as of 09.09.2005. In that case, prior to the 2005 amendment, the coparcener had died and, thus, it was held that the daughter was not entitled to a share in the coparcenary property because she was not the daughter of a living coparcener. In the case of Danamma @ Suman Surpur & Another v. Amar & Others[2], in a subsequent judgement of a Division Bench of the Hon’ble Supreme Court of India, while the Court did not expressly deal with the principle of living daughter of a living coparcener, the Court took a contrary view of that of the Phulavati decision and held that daughters had equal rights in the case.

FACTS OF THE CASE

In view of the contradictory verdicts rendered in two Division Bench judgments in Prakash v. Phulavati and Danamma v. Amar, the Hon’ble Supreme Court dealt with a reference concerning the interpretation of section 6 of the Hindu Succession Act, 1956 as amended by the Hindu Succession (Amendment) Act, 2005, along with a batch of special leave petitions preferred by the appellants.

1) Whether the coparcener is required to be alive as on 09.09.2020 by the amended Section 6 of the Act of 2005 for the daughter to claim rights in the coparcenary property?

2) If the amended Section 6 of the Act of 2005 is prospective, retrospective or retroactive in nature?

The Supreme Court held that:

• The right bestowed on a daughter is by birth in the coparcenary property and hence it is not mandatory for the father to be alive as of 09.09.2005. As such, the decision in the case of Phulavati is overruled and the decision in the case of Danamma is partially overruled to the extent that the father of the coparcener must be alive as of 09.09.2005.

• The provision of Section 6 of the Act of 2005 by way of replacement is of a retroactive kind.

ANALYSIS OF THE JUDGEMENT

As regards the retrospective or prospective applicability of amended Section 6, the Hon’ble Supreme Court held that the amended Section 6 is retroactive in nature. Explaining the principles of prospective, retrospective and retroactive, the Hon’ble Supreme Court held that the retroactive legislation functions on the basis of a past feature or occurrence or conditions taken from the previous event. Furthermore, the Court held that Section 6(1)(a) includes the principle of the coparcenary of Mitakshara’s unimpeded heritage, which is by virtue of birth and since the right is granted by birth, that is a precedent case, and provisions operate retroactively on and from the date of the Amendment Act. The Court also added that it is evident from the provision set out in Section 6(4) that the provisions of Section 6 are not retrospective.

Having regard to this latest decision, the only eligible conditions for seeking succession benefits under the 2005 amendment are, first, birth and, secondly, being alive when the 2005 amendment comes into force. Therefore, any partition suit that has yet to result in a final decree being drawn up pursuant to the proceedings of the final decree will now be affected and will be liable to be disposed of in accordance with the judgement of Vineeta Sharma[3]. In order to absolutely resist an argument under the amended section 6 of the Act, the defenses of notional division are no longer valid under the proviso of section 6 of the unamended Act. In addition, in order to justify the dismissal of such a claim under Section 6 of the Amended Act, the protection of an oral partition against a claim under Section 6 of the Amended Act now bears the responsibility of providing substantial corroborating proof, such as public records.

However, while the right of succession of female successors has been unambiguously asserted and stipulations relating to the date of death of the predecessor coparcener have been excluded, the female successor alleging under the 2005 amendment must not postpone the suit to contest the alienation of the coparcenary property if it is already alienated or the partition suit beyond the specified periods under Article 109 & 110 of the Limitation Act. In view of the fact that the 2005 amendment entered into effect as early as 09.09.2005, it is likely that a number of future partition claims under Section 6 of the amended Act might already be time-barred.

The Apex Court has specifically held that, in accordance with the Vineeta Sharma decision, any argument for partition in which the final decree is still to be drawn up will now be decided. It does not explicitly discuss certain final decree proceedings which have already been completed on the basis of the earlier law provided for in the judgement in Prakash v. Phulavati. At the same time, the court ordered that, in compliance with the Vineeta Sharma decision, any pending litigation or appeal involving a dispute concerning the implementation of Section 6 of the Amendment Act should be settled no later than six months. Consequently, the greater question remains as to what happens to such appeals pending and arising out of a final decree under which the mandate under Section 6 of the amended Act has not been complied with.

While the decision of Vineeta Sharma is indeed praiseworthy for achieving the noble and required aim of gender equality and gender justice, the fact that the conflict took nearly 15 years to be finally resolved illustrates the long road to justice. During this time, not only have several women (who are entitled to claim under Section 6 of the Amended Act) been left without the results of their share in the coparcenary property and are therefore subject to severe financial distress, but there are also several individuals who may have behaved very well on the law established by the verdict of Prakash v. Phulavati and created thirty party interests in coparcenary property after it was partitioned in accordance with earlier Section 6 of the unamended Act  This decision left all those third-party interests open to lawsuits, although, at the same time, women who are the intended beneficiaries of this law were granted justice at a late stage.

Although the final result of this latest decision is undeniably an outstanding development and advancement in the right direction, it also highlights the weakening impact of such delayed outcomes on women’s financial security and on the real estate market, where such legal fluctuations are frequently present in real estate transactions. It is hoped that the Indian judiciary will not only continue to lean towards progressive values in line with its rich traditions in the days to come, it will do so rapidly and at the same time provide predictability and clarification for investments in all fields, including real estate.