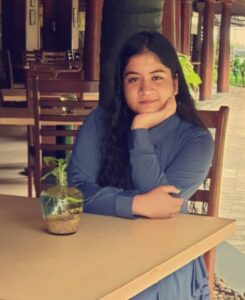 This Blog is written by Aakansha Gujjar from Manipal University, Jaipur. Edited by Ujjawal Vaibhav Agrahari.

SECONDARY SOURCES – Books and the internet.

1. The case of R vs. M’ NAGHTEN this case opens the door for the defence of insanity in the year of 1843, The rule of defence on the ground of insanity was established in this case by the house of lords.

3. In the year of 1964 when the renowned foreign psychiatrist Dr Lawrence Z. Freedman introduced the term Forensic psychiatry is a sub-speciality of psychiatry.

4. Changes had been made regarding Forensic psychiatry section 84 provides unsoundness of mind as a defence was inserted in Indian Penal Code.

1. The introduction of Forensic psychiatry gives a platform to the unheard voices of mentally ill people, they get legal representation.

2. The POSCO Act 2019 and mental health care act 2017 which brings the remarkable changes and contributed to the more feasible laws regarding Forensic psychiatry in India.

3. Because of these medical tools, a lot of prisoners get a chance to survive.

4. This branch of medical science made criminal administration more effective.

5. The burden of courts is decreased because of this time-saving process.

1) Section- 84 of IPC according to this section a person who commits a crime ought if unsoundness of mind where he/she is incapable of knowing the nature of the act or that what he is doing is either wrong or country to law is exempted from criminal responsibility. However, the insanity to be proved will be legal insanity rather than medical insanity.

2) Section – 328 to 339 of Code of Criminal Procedure 1973 gives provision to the accused person of unsoundness of mind, it emphasizes on the procedure and trial during enquiry.

Section 2 (w) of this Act defines prisoners with mental illness as the one who is under trial or convicted of an offence or detained in a jail.

4) On the other hand, this mental health care act 2017 consists of the provisions with respect to protection, treatment and transfer of mentally ill prisoners. Section – 103 of this act specifically lays down provisions with regards to prisoners with mental illness.

5) The act also makes a compulsion on the appropriate government to set up mental health establishment in the mental wing of at least one prison in each state and union treaty and makes it clear that the mentally ill prisoners should be taken care of.

Youssef vs. State of Maharashtra, 2015

The Bombay session court stared that even though the accused was suffering from suspected epilepsy severe personality disorder, it won’t be considered as of unsound mind in terms of legal insanity.

In this case, the Delhi High court recognised the gang rape and murder committed by of the accuse be a crime of psychotic nature, in this the court concentrated on the concept of psychotic personality disorder occupies a position in the heart of both the Forensic psychiatry and psychiatric criminal jurisprudence.

More research and awareness camp should be organised to acknowledge people about their rights who are suffering from medical illness, the current laws are the changes which is being made in the existing laws there is the absence of medico-legal framework guidelines and protocol that’s why separate act should be there to make the Forensic psychiatry in India more effective.

Forensic psychiatry is in its infancy in INDIA and suffers due to lack of infrastructure it is limited by a few above- mentioned sections.  Scope of Forensic psychiatry is very vast and it also plays a vital role in determining the state of insanity, medical examinations of accused. However, a separate section for forensic psychiatry has been formed by Indian Psychiatry Society but the progress rate is very slow so separate legislation is required is the need of the hour in India. Although we are already late it is time to think and modify the ways we are running our legal system of the country. I concluded by saying of Abraham Lincoln “the dogmas of the quiet past are inadequate for the stormy present and future. As our circumstances are new we must think anew and act anew.”

(10) A textbook of medical jurispurendece and toxicology, edited by J. k khanna.