Where Does Cow Vigilantism Head To? 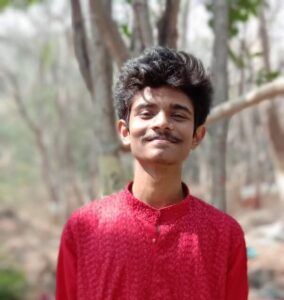 Cow Vigilantism is the use of physical force to shield cows, which are considered to be sacred in the Hindu Tradition against their slaughtering or other activities that posed risks to their lives. In Prime Minister’s election campaign back in 2014, Narendra Modi emphasized the need to protect the cow’s in India, which was followed by several State Governments opening cow shelters, directing greater police force, as a precaution to save the animal from acts like slaughtering. Despite these efforts, few people took the animal’s protection in their own hands and began torturing and killing people, inflicting great violence against those whose notions were against such people.  Subsequently, cow vigilantes began traversing and touring neighborhoods, looking to physically punish those who were allegedly consuming, harboring or transporting the animal.

The movement to protect the cow originated through the Arya Samaj, which was a Hindu reform movement founded by Dayananda Saraswati. In 1881, he started to call for the protection of the cow, publishing a paper that opposed the slaughter of the cow as an anti-Hindu act. Newspapers and magazines helped circulate the message, as did the saints who took it from region to region. Individuals were asked to contribute even as little as a handful of rice so that cow shelters could be set up. In that way, the common individual came to be part of the movement. In 1882, the movement received further impetus when Saraswati founded a committee for the protection of cows. Even the orthodox Hindus, whose practice he had opposed, joined in. This was the start of a new language of Hindu nationalism.

The movement received a further boost in 1888 when a court in colonial India ruled that a cow was not a sacred “object” as defined in the Indian law. It marked that Muslims when slaughtered cows were not being disrespectful toward Hindu religious sentiments.

Riots broke out over the issue and spread across parts of British India. Evidence from great scholars makes it clear that people from all classes and castes had an active involvement in riots. Bands of people roamed around the country seizing cows from butchers and herders. Chain letters were circulated to mobilize support. The seriousness of the violence made the British lieutenant-governor of the northern state of Punjab comment in 1894: “The cow-killing question is the question of all others, which at least for the last 20 years, has been regarded by us all as the gravest danger that threatens us in India”[i]. Despite all of all, the activities of people in colonized India rarely led to hateful killings as witnessed in contemporary India in the past few years.

Cow vigilantism has grown stronger than ever, which could be seen in several instances which have paved their way amongst common masses, such as the murder of Mohammad Akhlaq in September 2015 who was killed merely on the suspicions of consuming beef[ii], 15-year-old was also attacked for the same reason. 2017 saw the biggest wave of such gruesome activities where the numbers reached its peak; there were dozens of brutal killings by vigilante groups, who also uploaded videos of their atrocious and monstrous crimes on several social media handles.

The powerful symbol of the cow has become an amalgamating force against an apparent common adversary. The representation can rapidly appeal feelings of fortification in the form of a mother who offers food, as well as abhorrence against those perceived to be committers of violence against it. In the hands of Hindu nationalists, it can be used as a potent symbol of threat to a Hindu nation from outsiders. This symbol can be used as an easy reminder of the oppression of colonialism and to fan deep-rooted biases with long and complex histories.

As mentioned earlier, history portrays a similar symbolic language of sacred cows were used in the early part of the nationalist movement to galvanize the large population of Hindus across all caste, class, and regional provinces in the British acquired India. It helped develop a common Hindu identity against colonial rule, thus increasing the pace to achieve independence of the nation. However, in modern times, the symbol has been seen to be used to unite Hindus across varying identities, the sole difference being it is the ruling party members, spreading hatred against the Muslims of India, viewing them as outsiders, possessing threats.

The Nation’s rural economy has been crippled by the vigilante violence, affecting people of all class and caste. India is one of the largest meat export industry in the world has been significantly hit by such acts of people who contemplate violence is the solution to the existing problem. A sense of fear has been developed in the minds of farmers, who tend to go to cattle markets, travel to sell spent buffalo dairy. Farmers normally sold unproductive livestock to slaughterhouses, but in today’s time, simply let the animal roam free who in turn damage and cause havoc in the cropping fields of farmers, thus damaging the crops.

Such activities have also affected cattle trade and leather export industries which have a direct link to farming and dairy sectors. The derisory and unsatisfactory response from the Centre or State authorities to such rampant attacks has hurt the sentiments of communities including Hindus, whose livelihoods are linked to livestock, farmers, cattle transporters, etc.

Responding to the brutality of the killings in the name of cow protection, a concerned Supreme Court asked India’s Parliament in July 2018 to enact a separate law to punish the offenders. In February 2019, the government announced a national commission for cow protection. Public outrage provoked by such horrific incidents has directed States to provide some guidelines regarding the issue. Most states have failed to act on this regard but some have imposed a partial or complete legal prohibition on cow slaughtering. The severity of such prohibitions is, however, a question to scrutinize. It can be noticed that many steps have arbitrarily broadened the scope of the prohibition to criminalize other acts like transportation of cattle, sale of beef, etc. in addition to banning slaughter.

Moreover, in many states, the presumption is of guilt where the onus of proving innocence is on the accused and the offense has been made non-bailable.

It was also marked by the Hon’ble Supreme Court in a PIL filed by Tehseen Poonawlla that the acts of lynching where private citizens take the law in their hands is wholly illegal and cannot be condoned at any cost. Stressing more on the issue, the Hon’ble Supreme Court in Krishnamoorthy v. Sivakumar (2015) 3 SCC 467 marked that the law is the mightiest sovereign in a civilized society.  In Tehseen S. Poonawalla v. Union of India, Civil Writ Petition No. 754 of 2016, the court treated law and order as an exclusive ‘state’ subject and did not put the onus on the Central Government to prevent acts of Cow vigilantism. The Court further issued certain preventive, punitive, and remedial guidelines for combating mob lynching. It recommended the Parliament to draft an anti-lynching law whilst the Court continues to monitor the implementation of the same.

Those who are targeted in such a hatred environment are the ones who are most vulnerable. If viewed about the cases of Cow Vigilantism, it can be observed that much of the violence has been committed against the lower strata of the society, the ones who are marginalized. On further study of the 15-year-old murder case back in 2017 as mentioned earlier, it was marked that the argument primarily started over a seat in the particular train[iv]. However, in an atmosphere and setting where hatred has generally been stimulated against the Muslim community, the tiff escalated to brutal mob violence, which ultimately ended by accusing the 15-year old was carrying beef. Cow vigilantism has often taken a religious turn as observed in the above instance. This religious hatred not only hurts the poor but everyone in society. Lives are interlinked through friendships, common culture, and religious fronts. Police officers have seldom risked their lives to protect people from another community from the anger of such mobs. That being said, this widespread hatred from the masses in order to safeguard their holy animal has been doing greater harm than good in recent times.

Hate crimes as a product of ideological dominance, intolerance, and prejudice ought not to be tolerated. Crime knows no religion, and neither the victim nor the perpetrator can be viewed through the lens of caste or class or race or religion. It is essential to build societies that embrace diversity in all spheres of life. Mob lynching cum violence are creeping threats which may take the shape of a monster as evidenced in the wake of rising wave of incidents of recurring patterns by frenzied mobs across the nation instigated by intolerance and misinformed by the circulation of fake stories and false news. The phrase ‘unity in diversity’ has been stressed on several judgements laid down by the Hon’ble Supreme Court, like State of Karnataka v. Dr. Praveen Bhai Thogadia (2004) 4 SCC 684, Sri Adi Visheshwara of Kashi Vishwanath temple, Varanasi v. State of U.P (1997) 4 SCC 606, and St. Stephen’s College v. University of Delhi (1992) 1 SCC 558 to name a few. Such acts of Cow Vigilantism acts like a barrier in the lives of people bringing detrimental effects and thus, people of the nation need to protect themselves and others, to live a harmonious lifestyle, without taking the law in their hands, and placing trust on State Machinery.