How has EU Impacted Intellectual Property Rights in India? 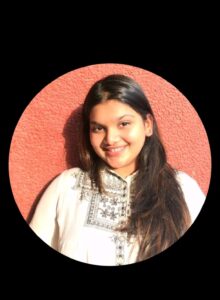 This Blog is written by Khushi Gupta from Vivekananda Institute of Professional Studies, New Delhi. Edited by Oshin Suryawanshi.

Intellectual property is protected by providing the inventors the exclusive right to use their innovation, which includes the exclusion of others from using their creations. As a result, it is simple to understand why intellectual property rights (IPR) would have a direct and significant influence on business and commerce – the owner of an IPR may, in exercising his or her right, restrict the manufacturing, use, or sale of a product that contains the IPR. Furthermore, there has been a massive movement in intellectual property law and policy in virtually every country during the last two decades or so. Many of the developments that have occurred in recent years may be ascribed to the growing convergence of intellectual property rights and international trade. Simply glancing at the international trade accords that have entered into force over this time span demonstrates this growing convergence. The fast growth in cross-border exchanges of commodities, services, and capital is another evidence of this.

The India-EU Broad-Based Bilateral Trade and Investment Agreement (BTIA) has been stalled for more than eight years since the EU banned the sale of around 700 pharmaceutical goods scientifically evaluated by GVK Biosciences, Hyderabad. Dissatisfied with the prohibition, the government of India has postponed the meeting set for August 28 to negotiate the conditions of the BTIA. The government emphasised that the pharmaceutical industry is one of India’s hallmark industries, having built its reputation via solid research and safety standards over the years.

According to the Indian government, the majority of the medications prohibited by the EU had been on the market for many years with no adverse pharmacovigilance reports from any member state. Though the Indian government is eager to implement this deal since technology and knowledge from the EU are critical to the success of its Make in India and Digital India programmes, the EU’s recent embargo has caused India to reconsider the discussions.

The bilateral trade between India and the European Union is already worth a staggering 100 billion Euros, and it is anticipated to more than quadruple following the FTA. Despite this potential, both parties have been unable to reach an agreement. The impasse over reforms to India’s intellectual property rights system requested by the EU in the stated pact is one of the key obstacles to the FTA. The Indian commerce ministry has stated that it will implement a National IPR Policy to enhance its IPR laws. However, it is extremely improbable that India will accede to the EU’s requests and conditions. As a result, it remains a key impediment to the long-awaited accord.

The ultimate goal of BTIA is to liberalise two-way commerce in products and services, as well as the flow of investments. The EU intends to defend the rights of its intellectual property holders by enacting a more stringent IPR system. However, it has been noted that legislations pursued with such an overprotective mindset tend to skew the law in favour of one side who can easily take full advantage of the same. In this situation, the EU rules skew the law in favour of IP holders, which might inflict significant harm to India’s cause while they utilise the law to their advantage.

In recent years, India’s pharmaceutical sector has grown to the point where it is now regarded as the “pharmacy of the developing world.” Because of their cost, far cheaper Indian copies of western medicines have proliferated in poor and impoverished countries, substantially benefiting public health. According to opponents, if the EU’s proposals to tighten IPR rules in India are approved, it will have a significant detrimental impact on the Indian pharmaceutical business. These effective and economical Indian generics would no longer be cheap, which would have a negative impact on the public health of not only India, but a number of poor nations that account for a large portion of the world’s population.

These low-cost, high-quality Indian medicines were made feasible in part by India’s intellectual-property rules. Under the Indian Patent Act of 1970, for example, there were no product patents on drugs. India cleverly used the TRIPS transition period to its advantage, delaying the adoption of WTO minimum criteria for IP rights protection until 2005. Using the TRIPS Agreement’s flexibility, crucial safety precautions were incorporated in patent laws, allowing the manufacturing of low-cost Indian generics even after TRIPS was implemented in 2005.  Modifications to the above-mentioned regulations that restrict the West from introducing generic medications into India might mean the end of the business as well as the right to health, particularly for the poor, who would be unable to buy them. If India agrees to the EU’s demands, it may result in evergreening of patents or data exclusivity, which will prevent India from producing cheaper versions of the medications because it would necessitate costly clinical studies. They may now avoid these trials by proving that the clones are just as effective as the originals using bio-equivalent data.

1. Changes in the intellectual property regime:

The EU has attempted to strengthen IP rights protection by requesting that India implement the ‘TRIPS plus’ provisions, which go well beyond the protection provided by TRIPS. However, such regulations are claimed to stymie growth and have been heavily criticised.

The EU’s demands in the FTA are as follows:

Imposing TRIPS plus measures based on EU rules. For example, granting customs authorities the authority to confiscate or destroy goods on the basis of simple accusations of IPR infringements without court review or notice to the patent owners.

Extending patent terms beyond twenty years. For a longer period of time, items based on the patented technology will be unaffordable to the poor.

Data Exclusion: It will prevent regulatory authorities from registering medications based on bioequivalent evidence. This will have a direct influence on public health.

A wide definition of “investment” that encompasses IPR, as well as know-how, good will, and technological procedures. This is an overprotective measure that allows foreign IP holders to reference laws pertaining to investment protection in addition to the rigorous protective measures provided to defend IPRs. This gives foreign firms the ability to dispute anything that appears to be an expropriation to them. This has happened in other countries as well. It provides them unrivalled ability, for example, to treat access to medicines (vital for the right to health and life) as expropriation if they believe their IP rights have been violated.

Parties are prohibited from taking any “measure of expropriation” that may interfere with realising the advantages of an investment. Such measures include any regulatory action taken by the government in the public interest. Merck referred to a forced licence given for the antiviral efavirenz issued in Brazil in 2007 as intellectual property expropriation. Furthermore, the proposal has inadequate protections for such challenges. Only obligatory permits that are compliant with TRIPS are protected and cannot be contested. Furthermore, it is unclear whether an arbitration tribunal has the authority to determine the above when it is only vested in WTO panels.

An arbitration panel to address investor-state conflicts is yet another risky option for India, since it allows investors to simply skip the legal process as well as legal and administrative institutions by filing a lawsuit directly with the tribunal. The Indian legal system, via the powers granted to it by the Constitution, maintains the delicate balance between intellectual property rights and human rights in India. By tipping the scales in favour of investors, such circumvention of proper legal procedure might easily lead to violations of human rights.

Ambiguity in the concept of ‘fair and equitable treatment’ of investors may allow the arbitration tribunal to assess what qualifies the above on a case-by-case basis. This provides investors with an opportunity to take advantage of this confusing clause. Furthermore, the EU does not want the above-mentioned definition to be subject to the public interest proviso.

Furthermore, the European Commission appears to be limiting the extent of performance criteria imposed on foreign investors. If this is adopted, India would have a tough time convincing investors to hire locals. This would result in a decrease in the transmission of technology and know-how.

As inventors invest millions of dollars in research and development, India is under increasing pressure to strengthen its intellectual property protection. Not just the EU, but also industrialised countries such as Japan and the United States, have called for a more robust IP system. They are concerned that their intellectual property rights would be readily infringed in India, given the current Indian IP system.

The answer to the aforementioned dilemma cannot be found in India complying to the EU’s demands. The vast scope of the EU’s proposed rules allows for challenges not just to government legislation and programmes, but also to judicial rulings and verdicts. Indian courts have consistently sought to find a balance between India’s human rights and constitutional duties involving the right to life and health, as well as its TRIPS commitments. As a result, they are completely capable of handling such matters, and there is no need for a separate arbitration panel. The demands would make medications scarcer and more expensive in a country with the world’s biggest impoverished population.

The state of public health in India is already dire; if the EU’s demands are satisfied, it would be a death blow to the health of the country’s poor. The HIV-AIDS patients in various impoverished and underdeveloped countries who rely on cheaper Indian generics for survival would be the most affected. Foreign investors’ intellectual property rights must take precedence over public interest. It ought to be the other way around. Furthermore, the right to health is one of the Directive Principles of State Policy enshrined in the Indian Constitution. Accepting their requests would be in violation of the preceding.

They urge India to adhere to the TRIPS Plus provisions. After extensive consideration, the Satwant Reddy Committee concluded that Article 39.3 did not need data exclusivity (a TRIPS Plus measure) and that granting data exclusivity to pharmaceutical medication data may not be in India’s national interest. Some of the conditions requested by the EU are draconian and appear to be aimed at establishing a European monopoly in India. The aforementioned standards certainly provide foreign investors an advantage by providing uneven protection to their interests.

European firms with superior technology and technological know-how, along with these extra safeguards, might quickly overrun Indian industries that could crumble under strain and collapse. This is something that the Prime Minister, who has launched his “Make in India” campaign, may not desire. The EU wants to enter the Indian market but is unwilling to share its technology and knowledge. Such a “suit yourself” strategy cannot result in an effective and mutually beneficial agreement between the two parties.

At the same time, knowing how important the agreement is for a developing country like India, it appears that the EU is abusing its dominant position to put undue pressure on India to comply with its demands. Examples of the aforementioned ‘theoretical concerns’ have been seen in both Canada and Uruguay. The EU, ironically, is a Nobel Peace Prize laureate. It should live up to its expectations and not make demands that smack of monopolisation while ignoring public interest. While appearing optimistic about the FTA, Joao Carvinho acknowledged that the Indian government must make concessions, but he neglected to address the same (or even larger) requirement from the side he represents. It is all about giving and taking in a commercial arrangement. Both parties will miss out if the BTIA is not finalised. However, in order to be carried out with certainty, the agreement would necessitate concessions on the side of both parties.