Implications of The War on Terror on the Enforcement of Criminal Law: A Case Study of India 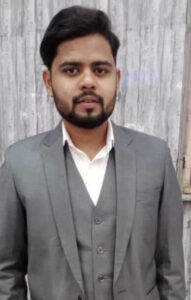 A common definition of terrorism is the systematic use or threatened use of violence to intimidate a population or government for political, religious, or ideological goals. Basically, terrorism is not defining in the UNO.

Terrorism in India, according to the Home Ministry, poses a significant threat to the people of India.  Terrorism found in India includes ethno -nationalist terrorism, religious terrorism, left-wing terrorism, and macro terrorism.

• Society’s impact creates an atmosphere of suspicion, fear, and panic all around.

The Terrorist and Disruptive Activities (Prevention) Act, 1987, was at one time the main law used in cases of terrorism and organized crime, but due to rampant misuse, it was allowed to lapse in 1995. The Act defined a “terrorist act” and “disruptive activities”, put restrictions on the grant of bail, and gave enhanced power to detain suspects and attach properties. The law made a confession before a police officer admissible as evidence. Separate courts were set up to hear cases filed under TADA.

In wake of the 1999 IC-814 hijack and the 2001 Parliament attack, there was a clamor for a more stringent anti-terror law, which came in the form of The Prevention of Terrorism Act (POTA), 2002. A suspect could be detained for up to 180 days by a special court. The law made fundraising for the purpose of terrorism a “terrorist act”. A separate chapter to deal with terrorist organizations was included. The Union government could add or remove any organization from the schedule. However, reports of gross misuse of the Act by some state governments led to its repeal in 2004.

The law was amended in 2008 after the Mumbai attacks, and again in 2012. The definition of “terrorist act” was expanded to include offenses that threaten economic security, counterfeiting Indian currency, and procurement of weapons, etc. Additional powers were granted to courts to provide for attachment or forfeiture of a property equivalent to the value of the counterfeit Indian currency, or the proceeds of terrorism involved in the offense.

The Union Home Secretary told a Parliamentary Committee in 2012 that the proposed amendment in the principal Act was in order to comply with the guidelines of the Financial Action Task Force (FATF), an inter-governmental organization set up in 1989 to develop policies to combat money laundering and terrorist financing. India got FATF membership in 2010 on the assurance that it would make suitable amendments in the Act by March 31, 2012. Non-compliance would lead to a diminution of India’s stature, and the country could be placed under the “enhanced follow-up procedure”, which would require giving a progress report every four months to the FATF, the 160th Report of the Department-related Committee on Home Affairs noted. The report was tabled on March 28, 2012.

Dutt was arrested under the TADA and the Arms Act in April 1993 and was convicted for violation of the Arms Act for possession of illegal weapons procured from other accused in the 1993 Bombay bombings After serving his sentence, he was released in 2016.

The 2008 Mumbai attacks (also referred to as 26/11) were a series of terrorist attacks that took place in November of 2008, when 10 members of Lashkar-e-Taiba, an Islamist terrorist organization from Pakistan, carried out 12 coordinated shooting and bombing attacks lasting four days across Mumbai. The attacks, which drew widespread global condemnation, began on Wednesday 26 November, and lasted until Saturday 29 November 2008. At least 174 people died, including 9 attackers, and more than 300 were wounded.

As per my analysis criminal is UPPA act is enough the control terrorist activities. Indian constitution is also provided peace and safety. This terror activity is against the preamble of the constitution. The graph of terrorism reduces India year to year. Some politicians misused the UPPA law in the CAA protest.

[4] SANJAY DUTT VS STATE OF MAHARASTRA