Presumption As To Paternity Of Child 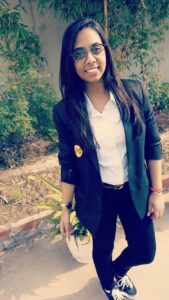 Rahul and Siya were together in college. They married after graduation and three years later had a beautiful baby boy, Rahul Jr. Six years later, the romance ended and Siya filed for divorce from Rahul. After the divorce became final, Rahul began paying alimony and child support to Siya, who had full custody of Rahul Jr. During his weekend visits to his son, Rahul began to suspect that the child may not be his own child. Half a year after the divorce, Rahul, who had olive skin and dark eyes, decided to find out the truth about Rahul Jr.’s fair skin and brown eyes, booked a DNA test, and the results confirmed his worst fears excluding him to be the child’s father with 98.5% accuracy. When Rahul severed all ties with the boy he believed was his son and stopped paying child support, Siya filed a lawsuit demanding payment. What happened next surprised Rahul, as much as the results of the DNA test did. The court refused to admit the results of the DNA test, stating that Rahul Jr. was born during the marriage of Rahul and Siya, so it was presumed that Rahul was the father of the child. In addition, since Rahul could not prove that he was sterile, impotent or had no access to Siya, the court found that he did not rebut the presumption of paternity and that he was not exempt from child maintenance payments.

If you found the results of Rahul and Siya’s case surprising, you may find it even more surprising that presumption of paternity is used in most cases to rule out DNA testing as conclusive evidence of biological paternity. Traditional family law often operates to favor a legal or presumptive father over a biological or putative father when paternity dispute arises.

3. Simply living together with the mother.

In the absence of the presumption of paternity, a procedure such as recognition can be used to establish paternity.

In India, chastity of the girl and paternity of the kid hold abundant worth and are problems with honor. No one would love to be referred to as a bastard nor can a lady wish to be unchaste.

Section 112 of The Indian Evidence Act, 1872 deals with the legitimacy of a child. The section was enacted at a time when modern scientific technology such as DNA, RNA tests, sperm banks, IVF, surrogacy etc. were not even in contemplation of the legislature. But now with the advancement in the medical field, DNA technology comes in handy as a latest tool of forensic science, emanating from genetic science. In sorting out grave issues such as paternity claims, establishing identity from mutilated remains etc. DNA testing is very much efficient.

The basic principle of law, that is set down in Section 112 of Indian Evidence Act, that if an individual was born throughout the continuance of a sound marriage between his mother and any man or inside two hundred and eighty days when its dissolution and the mother remains unmarried, it shall be taken as conclusive proof that he’s the legitimate son of that man, unless it will be shown that the parties to the wedding had no access to each other at any time when he may have been begotten. As for the meaning of Conclusive Proof [1], one has to fall back to Section 4 of the Indian Evidence Act 1872. This “non-access” refers to the non-existence of opportunities for sexual intercourse.

The objective behind this presumption is to prevent paternity and legitimacy from being disputed except to the extent specified in the Section.

The assumption about which Section 112 of Evidence Act, 1872, talks about, is a decisive assumption of law with respect to paternity which can be dislodged exclusively by confirmation of the specific truth referenced in the Section, in particular, non-access between the parties to the marriage when as per the standard course of nature, the spouse might have been the father of the child.

Section 112 of the Act provides an awfully restricted exception to the presumption of legitimacy. A legitimate marriage might not be conclusive proof if it is shown that the parties to the marriage had no access to each other during the time of conception. This must be established beyond reasonable doubt and not simply on the basis of probabilities. The section relies on a presumption of ethical behavior. However, one cannot utterly disregard the likelihood of such behavior, within which case the party disputing the paternity is being held unjustly accountable. The aim of law is to supply justice in an honest and economical manner. Once ethical principles become the idea for a law, it defeats its basic purpose. For Example: If two people get divorced, one of the parties may be unjustifiably required to pay child support even though there is no biological relationship between the party and the child, so the scope of this exception is too narrow and limited to be correct for the proper implementation of law.

Justice A.M. Khanwilkar said that “Social morality cannot violate the rights of even one single individual.” [2]

It is the principle of law about presumption of paternity that “Odiosa et inkonesta non sunt in lege prae sumenda” (Nothing odious or dishonorable will be presumed by the law).

It very well may be perceived from the express language of the provision under Section 112, that the goal of the governing body is to guarantee that no child is bastardised. The social and cultural structure of the country while outlining the arrangements of the Act must be considered while deciphering something similar.

The goal of the legislature has always been to preserve the sanctity of marriage and preserve the legitimate status of any person born in the course of the wedlock until proven otherwise.

The reason behind the enactment of this section is to make sure that the child conceived via Surrogacy isn’t always bastardised because of any variations among the concerned parents. This is a safety prolonged through the State to make sure that any infant deserted through the commissioning parents, isn’t always left to fend for themselves with no rights according with Article 39(f) [3] of the Constitution of India.

In the case of Goutam Kundu v. State of West Bengal and another, “the Supreme Court held about paternity test (DNA test):

• That Court in India cannot order blood test as a matter of course.

• There must be a strong prima facie case in that the husband must establish non-access in order to dispel the presumption arising under Section 112 of the Evidence Act.

• The Court must carefully examine as to what would be the consequence of ordering the blood test, whether it will have the effect of branding a child as a bastard and the mother as an unchaste woman.

• No one can be compelled to give sample of blood for analysis.”

It should be noted that the result of a genuine DNA test is said to be scientifically correct, but even that is not enough to evade the conclusiveness of Section 112 of the Act. For Example: If a husband and wife were living together during the time of conception, but the DNA test showed that the Child was not born of husband, the harshness of the law would remain irrefutable.

In Sham Lal & Kuldeep v. Sanjeev Kumar and others, (2009) it was held that “Once the validity of marriage is proved then there is strong presumption about the legitimacy of children born from that wedlock. The presumption of paternity can only be rebutted by strong, clear, satisfying and conclusive evidence.”

In Bhabani Prasad Jena v. Convenor Secretary, Orissa State Commission for Women and another, (2010) the Supreme Court expressed its view on DNA test that “In a matter where presumption of paternity of a child is in issue before the court, the use of DNA test is an extremely delicate and sensitive aspect. One view is that when modern science gives the means of ascertaining the paternity of a child, there should not be any hesitation to use those means whenever the occasion requires. The other view is that the court must be reluctant in the use of such scientific advances and tools which result in invasion of right to privacy of an individual and may not only be prejudicial to the rights of the parties but may have devastating effect on the child. Sometimes the result of such scientific test may bastardise an innocent child even though his mother and her spouse were living together during the time of conception.”

In summary, there is a loophole in the law that many people seeking redress fail to remedy. In cases where there are dealings between the parties and one of the parties nevertheless wishes to contest paternity, DNA testing is not yet fully permitted due to the limited scope of the exceptions to this law and the standard of evidence.

It was reasonable for a Court to allow the holding of a DNA test, on the off chance that it was prominently required, subsequent to adjusting the interests of the parties. Section 112 of the Evidence Act does not make a legitimate fiction however accommodates assumption and this assumption is supportive of paternity. Be that as it may, court may request to direct DNA test to decide the veracity of the charges, which comprise one of the grounds, on which the concerned party would either succeed or lose.

[1] Section 4 Conclusive Proof: When one fact is declared by this Act to be conclusive proof of another, the court shall on proof of the one fact, regard the other as proved, and shall not allow evidence to be given for the purpose of disproving it.

[3] that children are given opportunities and facilities to develop in a healthy manner and in conditions of freedom and dignity and that childhood and youth are protected against exploitation and against moral and material abandonment.