The freedom of speech and the privacy right in the press and the media: when should the journalists’ rights for the freedom of expression be restricted? 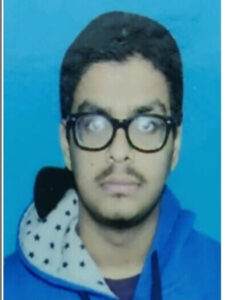 This Blog is written by Anish Bachchan from Amity Law School, Noida. Edited by Prakriti Dadsena.

As of this writing, the question of freedom of speech is becoming more and more concerning. With the rise of government interference and internet censorship, people’s ability to express anything is disappearing. The government and the internet are not the only ones at fault. And in a time like this, the Covid-19 pandemic represents the failure to listen. This concern was once shown by Padme Amidala in Star Wars Episode III, when she expressed her opinion about the inability to listen in a time of war [1]. When we face cataclysm like Covid-19, we saw how the element of democratic system collapses during and after it is over. People’s right to protest gets suppressed immediately because they can’t do it together with the risk of being infected. And when a government’s critic calls out the governmental bodies for the recent blunders while handling the pandemic, he/she gets penalized by the media and the masses. He/she was called names like deshdrohi, anti-national, tukde-tukde gang and what not. And then we have people who believes in “freedom of speech” as long as it favors them. It means that the masses have become one-sided and opportunists.

One factor that this article will talk about is the privacy of media and the press. The media always have a love-hate relationship with the masses. Sometimes the masses support them and sometime the masses wanted them gone. In the current day and age media’s role is becoming more divisive where some people believe that it is a relic of an old era. With the age of the internet, the media is becoming more biased and out of touch with the realities of the situation in context to Covid-19 pandemic. On the other hand, media plays a huge role in maintaining the democracy of a nation. And if their workings and their privacy are encroached then it damages the pillars of a democratic nation. Same goes for the journalists who risk suffering the worst fate at the hands of the person in power just so they could provide information to the masses. (he/she doesn’t have to be from the government).

However, there is a dark side of media as well. With the rise of Media Trials, over-sensationalisation of current affairs, sugar coating of trivial information, etc. people’s trust towards the media and journalism is at all-time low. It is worth noting that the media anchors and journalist don’t care about facts and truths anymore, they care more about the entertainment, ratings and clout. They have the power and influence to attack someone who doesn’t fit in their status quo because they know that people will eat it up. It just gives more reason to the constitution and the laws on why they should restrict the media and the journalists.

PRIVACY AND MEDIA: A CRITIQUE WITH EXAMPLES AND CASES

Privacy is like fossil fuels that are getting rarer and rarer these days. The word has become synonymous with major scandals. The Patriot Act, Facebook- Cambridge Analytica, TikTok-China nexus, you name it. These scandals are the epitome of the endangerment of the personal information of the person. For example, a person making Tik-Tok videos is probably selling his personal data to China, albeit unintentional [2]. This is merely an example but it gives a bigger picture on how privacy can be invaded. The novel 1984 also describes the government survelliance through telescreens. In other words, the government i.e. the Big Brother can see what people are doing in their homes, as if their private lives mattered in a miniscule way [3].

As law students, we know that freedom of speech and expression exists in Article 19 (1)(a) of the Indian Constitution. Freedom of the press and media is also mentioned in the said article. On the other hand, right to privacy exists in the rays of Articles 19 and 21. But these rights do not matter to media. They just throw them out from the window. As of now we are living in the age of infotainment. In infotainment, the information itself becomes the medium of entertainment. The celebrities, people in authority, entrepreneurs, and other influential people are the spotlight of infotainment. Their public and private lives are reported daily on the tabloids or newspapers. At times the ethical and legal question can be raised in this new era of infotainment.

The British Royal Family is one example of how media reports their daily lives in their outlets. An article by Washington Post says that the media might have a role in the death of Princess Diana of Wales. Her private life is publicised, not to mention her relationship with her former husband Prince Charles as well as two lovers, post-divorce [4]. In the Indian context, when the Sushant Case was at its height, the media made the deceased actor’s girlfriend Rhea Chakroborty a scapegoat. The media not only made fanfiction, conspiracy theories but they harassed Rhea and her family. They disregarded her privacy, her mental health for two things. Ratings and Pushing the narrative that Rhea had something to do with Sushant’s unfortunate passing [5]. These are two examples of how media can stoop so low that they are willing to endanger someone’s privacy.

If the printer/publisher of a journal, magazine, or book publishes something which harms the privacy of a person and his family then he/she should be liable for the damages. There are two exceptions to this- a) The information is either public record, b) The information highlights the discharge of the public servant unless the information turns out to be malicious, lies, or fabricated.

2. People’s Union of Civil of Liberties v. Union of India

The Supreme Court expressed their concerns that interception and illegal wiretappings of telephone will put the right of privacy in jeopardy. They prepared guidelines that should be followed by the government when it comes to intercepting telephonic conversations.

RESTRICTIONS OF JOURNALISTS- WHY?

I think it’s very obvious that certain restriction has to be made towards the journalists and media so that they don’t cross the line of morality. Let’s take the Rhea Chakroborty example again. The media benevolently pushed the narrative… No, they role-played the Supreme Court and they pretended that they’re Ram Jethmalani and Nani Palkhivala and they made judgments on an innocent woman. The rule of law follows the innocent until proven guilty phrase but the media and the social media ignored it. In the meantime, they’ve ignored the floods that destroyed Assam’s infrastructure, the economy which was shattered by Covid-19, the communal strife, and the pandemic itself.

When the Pulwama attacks happened, they’ve played the patriotism card and they’ve started to demonize Pakistan for such attacks. It was despite the fact that one of the journalist’s/media anchors was accused of milking the deaths of soldiers in Pulwama when their Whatsapp chats were “leaked”. It’s also ironic that they pride themselves on supporting the army and yet they harassed Rhea Chakroborty’s father who was a retired army officer [7].

People are now being disillusioned with the current state of the media and journalists. They intentionally get aggressive, intimidated just so they get viewers, and at this point, it’s getting oversaturated. Let’s not forget that they spread fake news, misinformation, half-baked knowledge to the public which is like treading on thin ice. And the public will think that ratings and viewers are the media’s raison d’être. Let me elaborate more through case laws.

The media declared an innocent man “Dilli ka Darinda” because he was accused by the woman of sexual harassment. The accusation was made on a Facebook post but the media wasn’t having it. It’s not like they even bothered to hear the man’s side of the story at all. The media’s action cost the man his job and mental health. Eventually, he was acquitted by the court when the woman did not even attend the court proceedings and the court challenged the Facebook post’s credibility.

The entire country was shocked by the death of a teenager in Noida. The media being media, went berserk and they “held” that the teen’s parents were the perpetrators of her murder. The public went banshee mode while throwing protests like a rave party. It’s really funny because the actual trial never even took place and they’ve just reached the conclusion without even understanding the problem. No wonder the courts went bamboozled over this.

LEGAL RESTRICTIONS ON SUCH ACTIONS [10]

Although the Indian Constitution gives the citizens freedom of speech and expression under Article 19(1)(a), Article 19(2) says otherwise. The latter believes that there should be restrictions that are reasonable enough to protect the position of the State [11]. The Indian Constitution also provides free legal aid to the poor and needy in the society under Article 39A. In the aftermath of Maneka Gandhi v. Union of India, Articles 21 and 301 is given more importance when it comes to a fair trial.

The provisions have also been laid down by the Indian Penal Code. Sections 499 and 500 punishes a person for defamation. Whereas Section 228a punishes someone for revealing the victim’s identity in public. Section 354C will punish a person for voyeurism which means, taking photos without consent.

Sections 2(c) and 3(1) of the Contempt of Court Act serve as a deterrence against the media trial. They ensure that a trial proceeds in a fair manner. The courts know that any publication will lead to scandals, character assassinations, and above all would put the judicial proceedings in a grinding halt. This is why the courts ensuring to the masses that something like this never happens.

We live in a country where journalists are actually killed, just because they do their jobs well [12]. And at the same time, we also have journalists who disrupt the privacy of a person over a narrative. Their incompetence also disrupts the court proceedings which ensure a fair trial to a person. Not only that, but their actions also destroy the essence of freedom of speech that our forefathers gave us just so we can express our opinions on the workings of the state. But now we and the media are misusing it for our own benefit. The media’s over-sensationalization in cases like the Kanhiya Kumar Sedition case raises an alarm about the current state of affairs [13]. If they don’t realize that-

1. People have freedom of speech.

2. They’re not courts. And Article 19(2) and the above-mentioned laws prohibit them commit illegal and immoral acts.

3. They need to do their jobs as arbiters of truth, facts, and democracy.

4. Not everyone are deshdrohis because they are the dissenters of the government.

5. They need to focus on issues that actually need and deserve attention.

6. They’ve become a pale shadow of their former self.

Then they can not only damage the structure of India’s democracy but it damages the country itself.

[2] Bachchan, A. (2021, June 8). The Recent Issues are setting a dangerous Precedent on the internet. Youth Ki Awaaz. https://www.youthkiawaaz.com/2021/06/the-recent-issues-are-setting-a-dangerous-precedent-on-the-internet/

[7] Bachchan, A. (2021a, May 12). Opinion: Pseudo Culture Is Harming The Internet And India. Youth Ki Awaaz. https://www.youthkiawaaz.com/2021/05/the-pseudo-culture-is-harming-the-internet-and-india/

[10] Bachchan, A. (2021a, January 4). Recent Developments in the arena of Freedom of Speech and Expression and Concept of Media Trial: Explained. Anish Bachchan. https://www.latestlaws.com/articles/recent-developments-in-the-arena-of-freedom-of-speech-and-expression-and-concept-of-media-trial-explained/