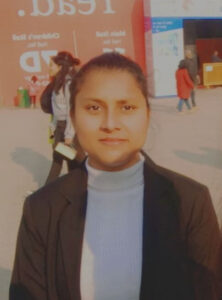 The word environment refers to all ecological units which are naturally present on earth in the form of the land, water, air, soil, forest, sunlight, minerals, living organisms, etc. This earth is full of the natural surrounding some are biotic and some are non-biotic.

We truly cannot understand the real worth of the environment. But we can estimate some of its importance that can help us understand its importance. It plays a vital role in keeping living things healthy in the environment. Likewise, it maintains the ecological balance that will keep a check of life on earth. It provides food, shelter, air, and fulfills all the human needs whether big or small.

Moreover, the entire life support of humans depends wholly on the environmental factors. Besides, it also helps in maintaining various life cycles on earth. Most importantly, our environment is the source of natural beauty and is necessary for maintaining physical and mental health.

The environment gives us countless benefits that we can’t repay our entire life as they are connected with the forest, trees, animals, water, and air. The forest and trees filter the air and absorb harmful gases. Plants purify water, reduce the chances of a flood, maintain a natural balance, and many others.

Moreover, the environment keeps a close check on the environment and its functioning. It regulates the vital systems that are essential for the ecosystem. Besides, it maintains the culture and quality of life on earth.

WHAT IS THE ENVIRONMENTAL MOVEMENT?

The environmental movements favor the sustainable management of natural resources. The movements often stress the protection of the environment via changes in public policy. Many movements are centered on ecology, health, and human rights.

1989 – The objective of Hazardous Waste (Management and Handling) Rules is to control the generation, collection, treatment, import, storage, and handling of hazardous waste.

1991 – The Public Liability Insurance Act and Rules and Amendment, 1992 was drawn up to provide for public liability insurance to provide immediate relief to the persons affected by accident while handling any hazardous substance.

1986 – The Environment (Protection) Act authorizes the central government to protect and improve environmental quality, control and reduce pollution from all sources, and prohibit or restrict the setting and /or operation of any industrial facility on environmental grounds.

1927 – The Indian Forest Act and Amendment, 1984, is one of the many surviving colonial statutes. It was enacted to ‘consolidate the law related to forest, the transit of forest produce, and the duty leviable on timber and other forest produce’.

1948 – The Factories Act and Amendment in 1987 was the first to express concern for the working environment of the workers. The amendment of 1987 has sharpened its environmental focus and expanded its application to hazardous processes.

In Ramdas Shenoy v. The Chief Officer, Town Municipal Council, Udipi [1] a rate tax payer’s right to challenge an illegal sanction to convert a building into a cinema was upheld by Supreme Court.

In Mahesh R Desai v. Union of India [2], a journalist complained to the Supreme Court that the national coastline was being sullied by unplanned development that violated a Central Government directive. The Supreme Court registered the letter as a petition, requested the court’s legal aid committee to appoint a lawyer for the petition and issued notice to the Union Government and the government of all States.

In Union Carbide Corporation v. Union of India, AIR 1990 SC 273 [3], the Supreme Court secured a compromise between the UCC and the Government of India. Under the settlement, UCC agreed to pay the US $470 million in full and final settlement of all past, present, and future claims arising from the Bhopal disaster. Also, to facilitate the settlement, the Supreme Court exercised its extraordinary jurisdiction and terminated all the civil, criminal, and contempt of court proceedings that had arisen out of the Bhopal disaster. It was declared by the court that if the settlement fund is exhausted, the Union of India should make good the deficiency.

The powers vested in the Pollution Control Boards are not enough to prevent pollution. The Boards do not have the power to punish the violators but can launch prosecution against them in the Courts which ultimately defeat the purpose and object of the Environmental Laws due to long delays in deciding the cases. Thus, it is imperatively necessary to give more powers to the Boards.

One Thought to “Protect And Improve Environment”