SC On Permanent Commission To Women In Army 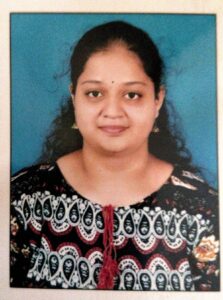 This Blog is written by Sarada Rasagnya Olety from Sastra Deemed to be University, Tamil Nadu. Edited by Saumya Tripathi.

Army the unknown warriors we are proud off. As same as the other fields of work contain gender stereotype the army has also been partially containing it. The women in the army were not considered for permanent commission jobs as the men were. Section 12 of the Army Act 1950, states the ineligibility of females for enrolment or employment. The section states that any women will not be eligible for enrolment or employment in the regular army, except some such as corps, department, branch or other body forming part of, or attached to any portion of the regular army as the central government may specify by notification. Later the union government had issued a notification in the year 1992, in the month of January making women eligible women for appointment as officers in some specific branches namely Army postal service, Army education corps, Army service corps- food scientists and catering officers ,Judge Advocate General’s Department, Army ordinance corps- central Ammunition Depots and Material Management. This notification was to remain in force for a period of five years from the date of publication of it in the official gazette and it was published in February 1992.

And in October 2005 a notification was given by MoD by which union government extended the validity of scheme of appointment of women as officers in Indian army. By this notification the tenure of women officers inducted under special entry scheme was extended by 5 years, the tenure of SSC male officers and WSES was extended up to 14 years and the and the WSES cease to apply as a consequence of which women officers were to be induced through SSC in the corps notified in the previous notifications, substantive promotions were extended to both women and men. Following all these notifications various petitions have been filed in the between the period of 2003 to 2008 before the Delhi high court and  all the writ petitions heard together by the division bench of Delhi high court in 2010 issued directions for induction of women in pc’s. As per the directions the women who have not attained their retirement age for pc have to be reinstated with the service and its benefits and women in air force who have opted for pc and were not granted pc are entitled to pc and its benefits. These directions are applicable to women who have approached court and women officers in service and who have retired during the pendency of these petitions. The court ordered that these directions have to be implemented within two months from the date it has been issued. And furtherly petitions were filed in 2011 for non-compliance of courts order by the government and the court on 2 September 2011 dealt with the application of eleven women and reinstated them. During the pendency of this appeal the court allowed impleadment applications and stayed a release order 10 April 2012 and as a consequence the applicants were entitled to regular salary and other emoluments they were presently holding and similar orders were passed by the court in July 2014.

In the mean while the union of India has issued a communication in the MoD dated February 2019 for the grant of PC’s to SSC women in eight arms services of the army. And the Supreme Court in its final decision in February 2020 dismissed the union governments’ submissions and declared that women officers are eligible to permanent commission and command posts in army irrespective of their years of service.

The step taken by the supreme court of India granting women officers a place in permanent commission in army will lead a pathway to eliminate gender stereotype in many fields of job. Army is one of the greatest forces in India and by removing the gender bias it is made even stronger than ever before. Through this judgement the Supreme Court made sure that women are no less than men and has given a greatest message to the society. The carrier and job opportunities for women are now in par with men and this will be a landmark judgement.

Gender stereotype has been existing in India since ages and is existing now also. In a plethora of cases and many instances there have been decisions against these stereotypes and this adds one more. The Supreme Court has made it clear that women are also eligible for many stiff and strong jobs such as battle fields along with men. The gender stereotype that women are less strong than men has to be eliminated by everyone on their self as it is one the elements in society that will lead women backward and making them weak. Also women in the army deserve to enter in to the PC commissions after their long working tenure and this will create an inspiration in the society and a great awareness that will lead to the development of women and gradually decrease of criticism based on gender. Also this is one of those decisions by the Supreme Court that is safeguarding the fundamental rights guaranteed by the constitution of India. This being the case in the Indian army has gained its wings out to fly to the society but there are many such fields of job where the gender stereotypes exist, so these have to be eliminated by setting some particular guidelines in respect of every other field of job respectively.