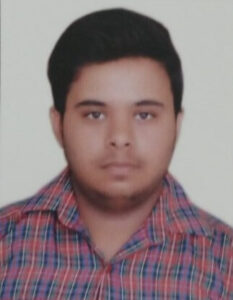 This Blog is written by Paryas Khosla from Vivekananda Institute of Professional Studies (VIPS), Delhi. Edited by Ravikiran Shukre.

Today we are going through the hardest phase of our life or may be of the century. This epidemic of covid19 that is novel coronavirus was originated from China in the year 2019. Then traveling from China to Europe then North and South America it reached India in late January 2020, numbers of cases started increasing in late March. We all know our Prime Minister announced Janata Curfew and he gave 4 days after that on 23rd march lockdown was announced all over the country it was in the history of the world that such a densely populated country goes into shutdown it was such a bold step which was taken by the central government, we followed the way all other countries did to tackle the pandemic. We stayed at our homes but after few days we have come across many migrant laborers moving back to their home we have also seem an 8-member family which includes small kids going barefoot to their native place. The reason was basic that their savings were exhausted they do not have money even for a day, they decided to go back to their homes from various parts of India. After this, the Government of India and State Government started finding solutions for the migrant crisis in India. They discussed this problem with many State Governments. They come to the conclusion that they both will arrange the transportation for the laborers so that they can go back to their home, Then Railway ministry arranged a special train for them these trains were named the Shramik Trains. In this article, we are going to discuss the impact of Shramik Trains, their provision and we going to understand some laws with the help of case laws.

First of all, we need to understand that the migrant crisis has helped us to know many realities check of our country, our actual problems, our system, our government machinery and also our politicians. The mindset of the laborers is that they consider their village or state is their Desh/Country, they thought they will die from starvation first then from the virus so they thought they must die at their own native place where they were born some of them also thought that if they reach their home back they will have the facility of both shelter and food. From the census of 2011 there are 42 crores migrant populations work in various states for earning their livelihood, the compelling reasons behind this are first they are not able to get employment at their places, there is no wage parity among them. Most of the states are able to generate resources for them and also there many states which have more resources but they need human to utilize them. Our country is 103 in the global hunger index among 113 countries.

Shramik train has played a well important role in helping the laborers to reach back to their homes the with the collective efforts of the state and the railway ministry they done a very important job in the recent data given by the government of India they have stated that the government has helped around 1 crore of laborers to reach back their home. But also we have witnessed many mortalities in trains due to starvation or from other reasons this system could have managed in a proper way but anyhow the government is doing. We see people traveling from one state to another barefoot they traveled 1000 of km to reach their home many have traveled on cycle. So these trains have come like an angel for the people.

After the lockdown was announced people have the insecurity about the food and shelter, their savings were exhausted they started traveling to their homes they traveled by various ways even by foot, many big news channels took their interview and they asked them that why they traveling although the government have assured them proper food and shelter facilities they replied they waited for the government’s support but they did not get any of them

We all have come across the videos in which the women were pulling a suitcase on which small boy was sleeping National human rights commission took Suo moto cognizance of the same and directed the government to take care of it, before the arrangement of trains we have seen women who were pregnant were going back on cycles to their home. We have also come across many incidents of barbarism by the police, as they did Lathi Charge on them. It shows that, rather than working for the welfare, the State Government is working like the Police State. Although, the analogy behind the lockdown was that prevention is the better than cure but; prevention is the only cure to this lockdown that is the impact of the epidemic has resulted in the loss of around 20 million jobs most of them were the unorganized sector. Migrants were not properly employed they do not have any access to the government’s schemes, this migration of the people with the help of the shramik train have questioned that this will create massive unemployment in the country how will they arrange the food when they reach their places, the economy might get very slow. The question which also arises is that we cannot stay in lockdown for a long time how our economy will be started? we have also seen some mismanagement by the railways as the train was supposed to reach Bihar but it reached Orrisa instead. And, also we have seen many mortalities in trains due to starvation.  Supreme Court of India in the filed petition has asked the central government to provide them with data to manage the migrant crisis, the central government has replied that till now 1 crore people have safely reached back to their places with proper screening also they have provided food for travel. During this migrant crisis, we have seen many organizations individual and also many religious institutions who have come up to help migrants they played an important role, as there was some mismanagement on behalf of State as they were less systematic in handling the problem and also there was less morale-boosting for the employees as compared to other countries.

There are many statutory provisions for the migrants which been migrated and also were not considered for them in this unplanned lockdown. There is a provision in the Minimum Wage Act, 1948 which ensures minimum wage for workers there are many Acts for food security.

We have the National Food Security Act, 2013, which was not implemented properly. Our food stock was not used properly as they could have to feed the people for more than 4 months. Also, Article 21 Of The Constitution Of India provides Dignity of Lives to people which also includes the prevention from starvation. In the case of Kesvananda Bharati v. State of Kerala (AIR 1973 SC 1461), it was said that freedom from starvation is as important as the right to life and also in the famous case of People’s Union For Civil Liberties v. Union of India (Civil Writ Petition no. 196 of 2001), the government passed more than 17 orders to prevent the individual from hunger similarly in case of  Chameli Singh V. State Of U.P. [1995 (6) SCR 827] in the above case Supreme Court said that, people have right to an adequate standard of living and for himself and his family including food, clothing, housing and continuous improvement of living conditions.

Universal Declarations of Human Rights in Article 25 (1) talks about the right to life with the standard of living and for himself and his family including food, clothing, housing, and medical care and necessary social services, and the right to security in event of unemployment, sickness, disability, old age or lack of livelihood beyond his circumstances.

There are many other Acts passed by the government such as the Essential Commodity Act 1955 which ensure food to all also article 47 ensures the duty of the state to rise nutrition and standard of living. The question here is that irrespective of the provisions we able to do nothing we are not able to become the welfare state we have not able to enforce right’s regime, about the financial package if we see the real division of the package to individual it is less than many other big countries.

We were not able to make even the required flow of food and cash to the migrant which was essential for them at that particular time. it was the high time when the government would have come with the best package by keeping both industry and labor in mind. The current economic package could be better by keeping in mind that 76% of the wealth is held by 1% of people. These Shramik trains could have been managed in better ways there would be proper food facility there more than 8o deaths reported in shramik train because of mismanagement, there could have been more involvement of the state that is more decentralization of power among the districts in particular. There should have been more power given to the nonprofit organizations so that they can work-life one of the limb of the government which would lead to efficient utilization of the energy.