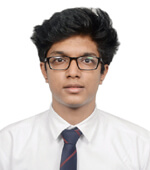 This Blog is written by Romil Shrivastava from Symbiosis Law School, Noida. Edited by Ravikiran Shukre.

The territory of Jammu and Kashmir has witnessed multiple terrible and unfortunate incidents over the years. From the exodus of Kashmiri Hindus in 1990 to the terrorist attack in Pulwama in 2019. However, the latest reason for its discussion on prime time has been the revocation of the special status of Jammu and Kashmir. Before understanding the significance and impact of this decision, a sincere effort to understand the history of the region and its politics and policies has to be made. The following article aims to give a complete rundown about The Union Territory of Jammu and Kashmir, the repeal of Article 370 and its subsequent impact on article 35 A.

At the time of independence and the period preceding that, there was an atmosphere of confusion and conflict, whether the then ‘Unified India’ would attain independence as a whole, or it would be divided in two (or more) distinct republics, based on the multiple religions practiced in the subcontinent. The primary reason being the demand by the Muslim League for a separate nation for the followers of Islam.

In the end, the princely states had the option to either accede to the newly formed Republic of India or become a part of the Republic of Pakistan or become independent. Maharaja Hari Singh, the then ruler of the princely state of Jammu and Kashmir, executed the Instrument of Accession on 26th October 1947. This document made Jammu and Kashmir officially a part of the dominion of India.

However, there were some clauses in this document which lead to the formulation of Article 370 of the Indian Constitution. This article limited the power of the central government regarding Jammu and Kashmir to external affairs, defence and communications. The Article was a temporary provision. The president could give a public notification which says that Article 370 is no more applicable but before issuing this order, he had to take permission from the constituent assembly of Jammu and Kashmir. Albeit, this removal was considered to be a virtual deadlock as the constituent assembly mentioned above was dissolved in 1957.

The low level of overall development and infrastructure in Jammu and Kashmir’s main factor was considered to be Article 35 A. The contributing members of the society and pivotal motivators for the economy such as educational and medical institutions and manufacturing sector would avoid the region due to their treatment as second-rate citizens.

Overall, Article 370 and Article 35 A were considered as the primary reason for the non-amalgamation of Jammu and Kashmir with the rest of India.

PROVISIONS IN THE LEGISLATURE

Previously, the tenure of State assembly was six years would now be changed to five years of Union territory assembly. As all Indian laws will be applicable to the territory the residents of the region will avail the benefits of laws like Right to education and Right to information. There would be no separate Constitution and separate flag for Jammu and Kashmir and the Constitution of India will be followed and the tricolour will be the only flag. This move is to progress towards unity, integrity and democracy.

There has been strong dissent against this decision with the following reasons as explanation. The Kashmiris were not asked about this decision. Hundreds of troops were called in, the internet was turned off, the landlines were turned off, Kashmiri politicians were placed under house arrest, the people were locked up inside their houses and the government took this decision without apprising the Kashmiris about it. Some amount this to illegal occupation and the move is compared to Fascism, a form of far-right ultra-nationalism characterised by dictatorial power and suppression of opposition. Having dissolved the State assembly of Jammu and Kashmir and imposing President’s rule there and not paying heed to the democratically elected politicians. Another argument made was that this decision was considered unconstitutional because a loophole was used as the changes were made when the state assembly was non-existent. Some separatists also argued that Article 370 was the sole binding factor between Kashmir and India and the only legal basis and India is now illegally occupying Kashmir. The final and most important point was that this bill was passed in such haste. There was negligible debate in the parliament and decision-making process which is the essence of democracy was hampered.

Revocation of special status was clearly mentioned in the election manifesto of the BJP government. This decision, which was long pending; was not implemented democratically. The Indian government, which is already criticized in the global arena for its lack of free speech and journalism’s approach to the whole situation is undemocratic in the very least and criminal at highest. After the announcement, the government effectively reduced communication, journalists faced many difficulties in transmitting information. The government even accused reputed news organisations such as BBC and Reuters, which are respected in the global stage of lying and fabricating news about large scale protests in Kashmir, even as they were recorded on camera.

The Kashmiri economy was already under stress due to the constant curfew and military disturbances. This move was considered to be improving the economy as well. However, the closing of many financial institutions, markets and lack of specific economic zones is not helping the cause. Due to the coronavirus, a nationwide lockdown was implemented in India; which affected the mental health of many individuals as they felt caged and insecure. Similar parallels can be drawn with the people of Kashmir who are constantly under government lockdowns and curfews for prolonged time which adversely affects the mental health of the citizens.

Every decision of government invites criticism. As Justice Gupta said “To question, to challenge, to verify, to ask for accountability from the government is the right of every citizen under the constitution. These rights should never be taken away otherwise we will become an unquestioning moribund society, which will not be able to develop any further.” If democratic values are not upheld and the voices of people are suppressed, the government as an institution is failing.

The irony of the revocation of the special status of Jammu and Kashmir has been that it was introduced to make the country more democratic, inclusive and united. However, in the short period post this decision, it has been witnessed that the citizen and elected officials’ opinions were not considered, those challenging the decision were treated unfairly and even the voice of people could not be heard due to the ban in communication. Honourable as the intentions of the central government were, they failed to act in a justified manner. The decision which was wanted by hundreds of millions of citizens around the country was not implemented properly. Hopefully, the government will learn from the criticism and moving forward will make the decisions for the betterment of citizens in an effective and efficient manner.