RBI And Crypto Currency: The Story So Far 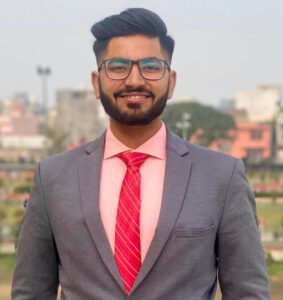 This Blog is written by Mayank Malhotra from School of Law, Christ (deemed to be University), Delhi-NCR. Edited by Debargha Mukherjee.

A Cryptocurrency is a digital or virtual currency that is secured by cryptography which makes it almost impossible to counterfeit or double-spend. Many cryptocurrencies are decentralized networks and are based on blockchain technology. A cryptocurrency is a digital form of asset based on a network that is distributed across many users. This decentralized structure allows them to exist outside the control of Governments and Central Authorities. The word “cryptocurrency” is derived from the encryption techniques which are basically used to secure the network. Cryptocurrencies are systems that allow for the secure payments virtually which are denominated in terms “tokens,” which are usually represented by ledger entries internal to the system. “Crypto” refers to the various encryption algorithms and cryptographic techniques that safeguard these entries, such as (elliptical curve encryption, public-private key pairs, and hashing functions). The first blockchain-based cryptocurrency was Bitcoin, which remains the most popular and valuable till now. Today, there are thousands of alternate cryptocurrencies with various functions and specifications.

The Apex Bank of the Country which is the Reserve Bank of India (RBI) had ordered financial institutions in April,2018 to break off and cut all its ties with individuals or businesses dealing in virtual currency such as Bitcoin within three months. It directed all the entities regulated by it shall not deal in virtual currencies or Cryptocurrencies or provide services for facilitating any person or entity in dealing with or settling those currencies. After the ban by RBI, many companies and traders also received warning statements from their respective banks stating them to either stop their cryptocurrency activities or have their accounts suspended.

The ban led to straight fall in trade volumes and exchanges shutting their businesses. The RBI had earlier issued circulars cautioning users, account holders, and traders of virtual currencies, including bitcoins, regarding various risks associated in dealing with such virtual currencies.

The Internet and Mobile Association of India, representing various cryptocurrency exchanges, in respect to the ban had argued that trading in cryptocurrencies in the absence of a law banning those was a “legitimate” business activity under the Constitution. The RBI could not have denied them access to banking channels to carry on such business in the country. India’s central bank, the Reserve Bank of India, replied to finally be clarifying its stance on financial services for cryptocurrency-related businesses.

In a response to a right to information request filed for the ban imposed on Cryptocurrency, the RBI clarified that there are no such restrictions levied on banks preventing them from providing an account to cryptocurrency companies or traders. The request (RTI) was filed by Harish BV, a cofounder of local cryptocurrency exchange Unocoin.

DECISION OF THE SUPREME COURT

India’s central bank, the Reserve Bank of India (RBI), had confirmed through its order that there is no longer any banking ban on crypto exchanges, companies, or traders. As the Hon’ble Supreme Court decision to quash the RBI order which was prohibiting banks from providing services to any customers dealing in cryptocurrencies. The ban lasted for almost two years.

After several hearings, the Hon’ble Supreme Court of India quashed the RBI circular which banned banks from providing services to anyone or any businesses dealing in cryptocurrencies in March. The circular was issued in April 2018. Soon after the court’s order to quash the ban imposed by RBI, cryptocurrency exchanges began bringing back INR support after about two years without it.

As some banks are reportedly still refusing to open accounts for crypto exchanges, claiming that they are waiting for further instructions from the RBI regarding cryptocurrency. “Bankers have been saying that they are in wait of new RBI circulars mentioning that there are no more restrictions for them to provide bank accounts for crypto businesses,”. However, the central bank is not obligated to inform commercial banks of the supreme court’s ruling. The RBI also previously confirmed that cryptocurrencies, such as bitcoin, are legal in India.

After the banking restriction was lifted, several cryptocurrency exchanges began seeing 10X trading volumes and a substantial increase in new users. While some of the economists have predicted the worst recession ever for India, the crypto industry is booming despite the extended nation-wide lockdown. Peer-to-peer (P2P) marketplaces for bitcoin are growing in India, new crypto exchanges are launching and new investments are flowing in.

The Decision is essential for many reasons. Apart from lifting RBI’s restrictions on crypto exchanges, and consequent enabling of operations of crypto exchanges, there is a fair number of other signals that may be read into or interpreted from this verdict.

• The order upholds the principle of fairness and equal opportunity. As the apex court outright shot down a strong policy step by RBI against a whole industry has consequences on the fairness of the regulators given their quasi-judicial status. Since the RBI curbs impact a whole innovative industry it also means the industry was probably not provided equal opportunity to exist and grow.

• The verdict would raise questions on how the regulators understand themselves and their role and jurisdiction. RBI was formed under an act of Parliament and that act gives it powers to form regulations. Those regulations cannot, therefore, supersede the rights and freedoms given to citizens and corporations through acts of the Constitution. The right to create something that does not violate any existing law is an unsaid fundamental law (similar to the right to privacy –which became fundamental law only after a SC judgment, but was unsaid before that). When combined with the fundamental right to trade, it is not constitutional for the regulators to shut down industries, when they do not violate anything fundamental or are not fraud.

• As of the extension the SC verdict tells the regulation is not an absolute right or power, it’s a duty as well: Since the authority to regulate is vested with a single identified regulator, companies do not have a choice to go to anyone else. Similarly, the regulator also does not and must not have an absolute choice of killing an industry. It can surely decide the nature, degree and extent of regulation or even decide not to regulate, but stifling and choking is not one of the choices that may have A reluctance to regulate something which cannot be the reason enough to stifle or kill a full industry.

So, as the impact of Supreme Court order gives a thumbs-up to the crypto exchanges and crypto as an asset class, as indirectly they have not been found violating any other law of the land. The Reserve Bank of India (RBI) is planning to file a review petition in the Supreme Court against the quashing of a central bank circular aimed at curbing cryptocurrencies, said people with knowledge of the matter. The central bank is concerned that the apex court’s decision could pave the way for trading in virtual currencies and put the banking system at risk.

2 Thoughts to “RBI And Crypto Currency: The Story So Far”