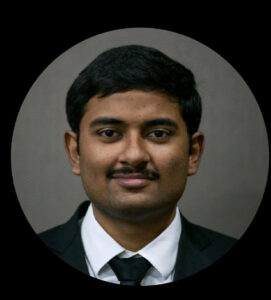 Reservation is one of the debated topics in the contemporary times. In India, reservation policy is the process of reserving some percentage of seats for backward sections of the society, schedule caste, schedule tribe, in government jobs, institutions, etc. In my opinion reservation based on the caste is detrimental to society and its interests. This form of reservation instils enmity in society and fosters a sense of inequity among people, which is completely counter to the goal of reservation. There was a period when the Gujarat community in Rajasthan went on a rampage in order to gain a reservation quota.

Reservation is viewed as a weapon of social reform in India, with the goal of bringing about change in the current social order by providing representation to the underprivileged. The rationale for reservation stemmed from Article 14 of the constitution, which guarantees “equality before the law” and “equal protection under the law.” Policymakers in British India saw the need to provide special protection to SC and ST people, as well as to improve their social, economic, and political conditions by granting them reservations in employment, education, and legislatures. As a result, the ‘Census of India, 1931′ was prepared, which detailed the existing race, castes, and tribes in India. Reservations were implemented in India during the later decades of the nineteenth century, at a time when the subcontinent was separated into two primary types of governance: British India and the 600 princely kingdoms. Some of these states were progressive, keen to modernize through the promotion of education and industry, as well as maintaining internal unity.

A five-judge Constitution bench led by Justice Ashok Bhushan queried on March 19, 2021 that for how many generations reservations in work and education will continue.[1] In a written reply to Parliament in 2019, Ramesh Pokhriyal Nishank stated that students from the SC, ST, and OBC groups account for 48% of IIT dropouts and 62.6 percent of IIM dropouts.[2]

The caste-based reservation system was first proposed by William Hunter and Jyotirao Phule in 1882. In 1933, British Prime Minister Ramsay Macdonald delivered the ‘Communal Award,’ which established the reservation system that persists today. Separate electorates were established for Muslims, Sikhs, Indian Christians, Anglo-Indians, Europeans, and Dalits in the award. In December 1978, the President appointed a backward class commission under the chairmanship of B. P. Mandal, in execution of the powers provided by Article 340 of the Constitution. The commission was established to provide criteria for classifying India’s “socially and educationally backward classes” and to make recommendations for their progress. According to the Mandal Commission, approximately 52 percent of India’s population is OBC, hence 27 percent of government positions should be designated for them. Eleven indicators of social, educational, and economic backwardness have been created by the panel. In the Indra Sawhney Case of 1992, the Supreme Court upheld the 27% quota for backward classes but overturned a government notification reserving 10% of government positions for economically disadvantaged castes within the upper caste. In the same decision, the Supreme Court upheld the concept that the total number of reservation beneficiaries should not exceed 50% of total seats.

Reservation in state services fostered resentment and division among government personnel, harming the workplace culture. The goal of the quota policy was to eradicate caste, not to prolong it, however Caste Based Reservation simply serves to perpetuate the notion of caste in society. Reservation was established to ensure that historically deprived communities have equal access to resources, yet they continue to be socially disadvantaged despite economic gain. Reservation erodes self-esteem to the point where competition is no longer for the best but for the most backward. Reservations is the foe of meritocracy, which is at the basis of many progressive countries. It has evolved into a strategy for achieving specific political goals by invoking class loyalty and fundamental identities. The benefits of reservation have been taken by the backward castes’ dominant and elite classes, while the most marginalized castes have remained marginalized.

As many upper caste poor’s face discrimination and injustice, reservation has become a vehicle of exclusion rather than inclusion, causing frustration in society. Fear of losing privilege and incapacity to cope with change are also driving growing reservation demands among upper castes. Upper castes have starting to feel disadvantaged, particularly in government positions, because they do not enjoy the same benefits as lower castes. Reservation is increasingly being considered as a way to mitigate the negative consequences of poorly thought-out development initiatives. In this context, it is easier for governments to talk about reservations than to make a course correction. Initially, the reservation policy was only in place for ten years following independence, with the goal of socially and economically stabilizing the underprivileged. Despite this, even after 68 years of independence, the government has unable to properly uplift the underprivileged.

PROVISION IN LAW RELATED TO RESERVATION

The reservation of SC and ST in the Central and State legislatures is addressed in Part XVI.

The Constitution’s Articles 15(4) and 16(4) allowed central and state governments to set aside seats in government services for members of the SC and ST communities.

Article 15(4) of the constitution

“Nothing in this article or in clause (2) of Article 29 shall prevent the State from making any special provision for the advancement of any socially and educationally backward classes of citizens or for the Scheduled Castes and the Scheduled Tribes”.

Article 16(4) of the constitution

“Nothing in this article shall prevent the State from making any provision for the reservation of appointments or posts in favor of any backward class of citizens which, in the opinion of the State, is not adequately represented in the services under the State”.

The 81st Amendment Act of 2000 placed Article 16 (4 B) into the Constitution, allowing the state to fill unfilled SC/ST vacancies in the next year, effectively nullifying the fifty percent reservation cap on total vacancies for that year.

According to Article 335 of the constitution, the claims of STs and STs must be taken into account in conjunction with the administration’s efficacy.

According to the Court, the creamy layer of OBCs should be eliminated from the list of reservation beneficiaries, reservations should not be made in promotions, and the total reserved quota should not exceed 50%. The 77th Constitutional Amendment Act, which established Article 16(4A)., was passed by Parliament in response of it. If the communities are not adequately represented in public employment, the provision gives the state the ability to reserve seats for SC and ST in promotions in the public sector.

In this case the apex court held that the state is not required to acquire quantifiable data on the backwardness of the Scheduled Castes and Scheduled Tribes.

Reservation advantages should be distributed to the great majority of impoverished children from deprived castes, not just a few fortunate youngsters who have a caste tag. High-ranking officials’ families, high-earning professionals, and anyone earning more than a specific amount of money should not be eligible for reservation advantages, particularly in government professions. It is possible and vital to support poor people from all around the country through reservations in a fair and practical manner. The reservation procedure should sift out those who are legitimately economically disadvantaged and bring them all to justice. Changes in the school system at the grass-roots level are highly needed. While the unreserved parts continue to oppose the provision, the most vulnerable sections of the reserved segments are largely unaware of how to gain from it or even that such provisions exist.

The radical proposals include eliminating the entire creamy layer of all castes from reservation and enhancing their potential rather than handing them a reservation for higher education or jobs. Meritocracy should not be tainted by lowering entrance barriers; rather, it should be bolstered by providing financial assistance to the poor. To strike a balance between justice for the backwards, equity for the forwards, and overall system efficiency, a strong political will is required.

This article does not fully overlook the reservation system after analyzing the benefits and drawbacks of caste-based quota and the core premise of reservation in India. Instead of caste-based quota, the report suggests Economic Status-based/Individual-based Reservation, which is based on socio-economic status and other relevant parameter irrespective of the caste, creed, color or the religion in the country should be provided. If the protection or reservation is truly for the impoverished people of the country, there are families in the general category who are considerably poorer than the ST/ST/OBC or any other protected categories in India. Reservation may not be essential to categories communities into separate castes or sub-castes (reservation among reservations) because the main idea of reservation is to safeguard the weaker elements of society.