The Patriarchal Society and the Permanent Commission for Women in Army 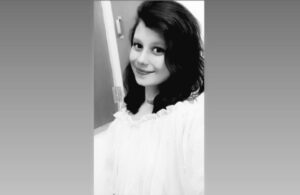 This Blog is written by Soujanya Boxy from National Law University, Odisha. Edited by Karan Dutt.

Women have had been deprived of equal economic, social and political opportunities for the idea of patriarchy or male superiority is still being followed by the society. Women have been discriminated against and marginalized because of their gender. Patriarchy has played a significant influence in causing gender disparities. The idea of patriarchy has been stuck in the soul of the society and different attempts have been made by social activists to remove it out. Many scholars suggested ways to abolish gender roles as set by the patriarchal society, so as to liberate women from the cage of injustice and inequality.

For a country like India, where culture and customs are given a great value, it is difficult prevent them from influencing the socio-political stance of the society. India is also a country with firmly established religious views. Women find it difficult to avoid prejudice in their homes, in urban or rural communities, and also in the workplace, because of their gender or social background. In fact, women are caged within different institutions, for instance family and marriage, that are tied to the patriarchal beliefs.

In February, 2020, it was directed by the Supreme Court to grant permanent commission to all the eligible women irrespective of their gender.  The SC believes that the patriarchal mindset must be eradicated from the military and a pragmatic policy must be taken up to slowly induct women for ensuring equality among both the genders. The article attempts to analyse the provision of permanent commission of women.

HISTORY OF WOMEN’S STRUGGLE IN THE ARMY

Women officers started to be inducted in the Army in the year 1992. Women were commissioned for a five-year term in the Corps of Signals, Army Education Corps, Corps of Engineers and Intelligence Corps. Women Special Entry Scheme (WSES) recruits had pre-commission training for a period shorter than that of their male counterparts who were commissioned under the scheme of the Short Service Commission (SSC).

In 2006, the SSC scheme replaced the WSES scheme. This scheme extended to women officers. Women were commissioned for a tenure of 10 years, that was extendable up to 14 years. Active officers under the WSES were offered the choice of switching to the new SSC scheme or staying with the old one. The arguments against the larger role of women officers were rejected by the Supreme Court, stating that such arguments go against the principle of equality under law. They were barred from command positions on the grounds that women commanding officers would cause problems among the primarily rural ranks and file. The biological rationale was also dismissed as a source of concern.

While SSC men officers might choose to be permanently commissioned after ten years of service, women officers did not have this choice. As a result, they were barred from holding any command positions and were unable to be eligible for the government pension, which begins only after working for a period of 20 years as an officer. It was in 2008 that the Army received its first batch of female officers under the new scheme.

DISPUTE IN THE COURTS AND THE ORDER

In 2008, a PIL was filed in Delhi High Court to award permanent commission (PC) to the SCC women officers in the Army. Major Leena Gurav filed another writ suit on October 16, 2006, principally to dispute the terms and conditions of service mandated by circulars earlier last year, as well as to obtain PC for female officers.

According to a Defence Ministry regulation issued in September 2008, PC would be provided prospectively to women SSC officers in the Army Education Corps (AEC) and the Judge Advocate General (JAG) department. Major Sandhya Yadav and others challenged the circular in the Delhi High Court, claiming that it only provided PC prospectively and in particular defined streams.

Three cases were heard together by the High Court in 2003, 2006, and 2008, and it issued its decision in 2010. It was ruled that female Air Force and Army SSC officers who had applied for permanent commission but were denied would be granted to PC on the same basis as male SSC officers. Later, the order was challenged by the government in the Supreme Court and despite the fact that the High Court’s decision was not stayed, the Defence Minister did not follow the directions. While the case was being heard, the government issued an order in February 2019, granting PC to women SSC officers in 8 Army streams, also to the AEC and JAG, that had been established in 2008. However, they would not be awarded leadership positions and would instead be assigned to staff positions.

Different arguments were presented by the government in the Supreme Court for justifying the proposal on the basis of permanent commission, grants of pensionary benefits, limitations of judicial review on policy issues, basis of discrimination against women, occupational hazards, SSC like a support cadre, and justification on physiological barriers for employment in staff appointments. These arguments were, however, got rejected by the apex court, by stating that these are “based on sex stereotypes premised on assumptions about socially ascribed roles of gender which discriminate against women”.

The apex court has also noted that it majorly exhibits the requirement “to emphasise the need for change in mindsets to bring about true equality in the Army”. The SC has removed the root of all the discriminations on the grounds of years of service for granting PC in 10 streams of combat support services and arms, to bring them on a par with male counterparts. The restriction that women officers could only serve in staff positions has also been lifted, which is the most far-reaching and important aspect of the ruling. This suggests that women officers will qualify for all command positions, on par with men. This will open doors for them to advance to higher ranks: if women officers had only worked in the staff, they would not have risen above the rank of Colonel.

It also implies that women officers will be taking the same training courses as males in junior ranks and career courses, as well as holding crucial posts that are required for higher promotions. The Army’s human resources management department will be responsible for the consequences of the ruling, which will necessitate policy changes in order to comply.

It is not very easy to bring women at par with men as it is a matter of long-lasting culture and ideas that the society has been following. Indian culture is more inclined to the needs of men and overlooks the competence and role of a woman. Even though, the judgement favours women as a group but there is still a long way to achieve equality in true sense. This has been a steady process that began with the entry of women into the Army in 1992 and was accelerated by the decision of offering women officers Permanent Commission in the Army. Values of gender equality is yet to be instilled in the society, especially in a country like India which blindly follows its culture and rituals and does not bother to reframe them. As equality is a complex notion with many facets, it cannot be confined to traditional boundaries. There needs to be a strong foundation with the constitution supporting for non-discriminatory nation. It is not about empowering women but ensuring everyone that they are treated equal.

Women must be considered part of the army first and women as a gender second. Qualification and advancement must not be influenced by masculinity, but rather by talent, calibre and performance. Due to a critical shortage of officers in the Indian army, retired men officers get reappointed. However, this is not the case for women because of gender prejudice. These positions can be filled by qualified female candidates. Women officers are entitled to a pension and a permanent commission only after putting in all of their effort and sacrificing their families. The Armed forces need to evolve and adapt to the new changes. Now, following the apex court’s decision, it is the perfect time for the government for modifying policies based on permanent commission, pension, rank, for upholding the constitutional values that are enshrined in the Indian constitution. It is vital to reform the Indian Army’s culture, customs, and ideals of rank, which is the duty of senior political and military leadership. In fact, this has been scientifically established that women are far more analytically competent than their male counterparts at a variety of odd activities. All of the causes for women’s non-appointment can be addressed with adequate training, and later, can be rendered biologically capable.