An Analysis of Police Brutality in Law Enforcement in India 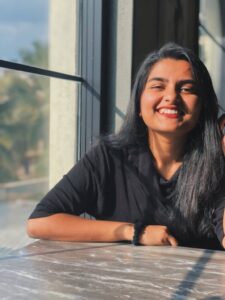 This Blog is written by Rithu from Ramaiah college of law, Bangalore. Edited by Ravikiran Shukre.

Police brutality is not something that started recently, the conflict dates back to the establishment of the police forces under British rule. After India’s independence in 1947 despite hope from India’s political leaders, a new age of peace did not dawn in the country. Riots broke out in the cities and police continued to use force against demonstrators who were protesting the new government. Police used tear gas to control the situation. Through the years India’s tumultuous relationship with police excess continued.  In the 1970s the police used force against political dissidents during India’s period of emergency. This period lasted for almost two years and then put in place by the then prime minister Indira Gandhi who was under political pressure from the protest by the opposition parties. The move saw backlash and when demonstrations broke out the police were there to suppress the protestors.

Critics say the problem is in India’s law some of which date back to the 19th-century British rule and condone or even encourage police violence. Police manuals in many regions allow police officers to use violence like batons and tear gas to control the crowds. Police are also legally allowed to use admissions of guilt to initiate the recovery of stolen goods which is often as good as a conviction and encourages police custodial torture. Today, force is casually employed. Whether it is to disperse protesters, or as a punishment for minor offences.

In 2012, Delhi was the centre of a nationwide protest following a brutal gang rape. Protestors defied a ban on demonstrations clashing with police. The relatively peaceful protests were met by police with water cannons and batons. Over a hundred tear gas shells were fired and dozens were injured. India’s National Crime Records Bureau shows that between 2005 and 2018, not a single police officer was convicted for custodial deaths. India’s courts have tried to improve the relationship between the civilians and the police. It has given authority to National and State Human Rights Commissions who sort through complaints of violation. But those who seek justice don’t tend to go very far. Human rights activists allege that in numerous cases police reports and manipulated and surveillance cameras are even known to malfunction conveniently. The activists say with low conviction rates and a police force unafraid to use violence many are fearful to even come forward and provoke the police further.

India’s police force has around 158 police officers for every 100,000 people which shows a lack of manpower, along with insufficient investment in modern investigation techniques and political pressure to get results, means confessions under torture are often simply the quickest way to resolve crimes, even if they come at a deadly cost. Police officers often use it as a reason to physically abuse the public even when it is completely unnecessary to do so.

The right to use physical force on the public is given as the last option to the police to control situations which cannot be controlled with just words, but just because it gives the result come easier and faster compared to the other methods the police officers use, this as an excuse to physically abuse the common man. A police officer is supposed to make the general public feel safe but with the increase in police brutality in India, the common man has no option but to live in fear from the people who supposedly protect us. Most of the people who are victims in these situations are poor or old, the people whose voices don’t matter in the big picture, the part of the society where people can’t help themselves to survive. People who have less to zero power to fight against such behaviour even if it is to save their lives are always targeted in these situations. Influential people, people with power or authority are never found themselves in these situations.

According to a report by CNN, only 21 officers were convicted to murder out of the 600 deaths which took place between 2005 and 2010. The NGO, which uses local media reports to research and tally custodial deaths, says 76% of deaths it recorded in police custody last year were due to alleged torture or foul play, and 19% were under suspicious circumstances in which police cited other causes including suicide and sudden illness. Five children and four women were among the victims. “The police do not record these deaths if there is no outcry and often try to hide it by saying it was a natural death,” Chakma says. 60% of the custodial deaths happen within 24 hrs of the arrest. Most of the cases are from Maharashtra and Gujarat. Over the past 10 years, half of the custodial deaths are taken place in only three states in India namely Maharashtra, Gujarat and Andhra Pradesh.

Since the pandemic started in the early year of 2020, the government imposed strict guidelines to prevent the coronavirus from spreading. The police force was one of the biggest contributors in keeping people off the streets which prevented the spread of the virus effectively. The police officers were given orders to take strict action against those who are seen violating the guidelines. The police officers were seen chasing people with a stick trying to beat whoever is seen outside. This instilled fear among the citizens to not go out unnecessarily. In some regions, policemen are seen assaulting people with lathis or slapping them without first asking the reason why they are travelling. There are multiple incidents where the person has a valid reason for travelling but is still beaten up even after the police officers are aware of the reason.

On 19th June 2020, a father and son named Jayaraj and Bennicks were taken into custody for keeping their shop open 15 minutes past the curfew. Thirty deep lacerations and contusions were found on their bodies. Exactly four days after they were brought into the station, they both were pronounced dead. In between these days, the father and son spent 12 hours in the police station were pronounced fit by doctors at the hospital, then presented before a magistrate and finally dropped in jail. After two days of lying in jail almost dying, they were taken to the hospital in their last hours of life where they died. Allegedly there were 27 people present in the police station the night including the police personnel, inspector and ‘friends of the police’. Seemingly, none of them saw or heard anything but the people outside pleading for their families did. One of the DSP present there even spoke to the anxious crowd in the middle of the night assuring them that both the father and the son were completely fine. Coincidently the doctor who checked them and pronounced them as fit missed the 30 deep injuries and passed it as minor scratches, the jailer who saw them dying in the cell for two whole days suddenly missed seeing them suffer, the magistrate who sent them to jail happen to not notice the deep marks on the bodies. Public interest litigation was filed in Madras high court which was later dismissed as non-maintainable.

On 6th April 2021, a video went viral on social media of two police officers in Pune mercilessly beating a rickshaw-puller for wearing the mask loosely. The rickshaw-puller was told to report to the police station for not follow the proper guidelines but he said that he will come later as he had to go to the hospital to deliver food for this father who was admitted. The police officers pinned him down on the road and threw punches and kicks at the helpless man while his son begged the officers to let his father go. Due to similar situations, this incident was known as ‘India’s George Floyd moment’. Just a few days after this incident on 20th June 2021, a police officer in Raichur was seen kicking and smashing vegetables of street vendors who were violating the weekend curfew imposed by the government. This type of violence was unnecessary in both situations.

Police brutality in India is a stark reality. In a country like India where maintaining peace and harmony is very difficult despite the strong power of the law enforcement officers, it does not give them the right to violate the fundamental right to life of a citizen. Police brutality can sometimes be seen as only one side of the coin; the police might need to use physical force to control a crowd. However, that is not a reason that should be used by the officers to misuse the power given to them. In spite of repeated demands for police reform, activists say education and training for police about human rights issues and proper investigatory techniques are woefully lacking and the police implicated in abuses, regardless of rank, must be prosecuted.