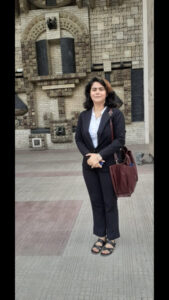 The first thing which strike the mind after reading the topic its self is why are we even talking about safety public, that means public are not safe at large and why is that as this problem is not only faced by the developing nations but yet developed country like US, Canada and France are facing the same issue in their society so what are the Broder spectrum to this?

As if we see in the criminal laws most of the nations while penalizing the convicts with death sentences are somehow taking over the individual civil liberties and yet is still consider justify as it is taken away by the means of law and order.

There are some basic rights which are possessed by every individual from their birth in any country such as the means of freedom, life, freedom to speech, to choose, to move etc. and this are needed to be backed up by the means of support from natural justice. such are the basic civil liberties but yet they can be inflicted by the means of the punishments , the prime and the most important work of the state is to maintain safe environment in the society not only from the other nations but also individually hence we have to understand this by the means of maintaining a balance of interest between the individual civil liberties and public safety and the crime against the one is the crime against the whole society and such are not only personal in nature hence the pardoning of such would even result into more heinous crimes and fear in the society hence there is a need and the balance of interest is tilted more towards the public safety rather than individual civil liberties as if the human wants to continue enjoy such liberties then they have to do so while keeping respecting others civil liberties as well , internationally every nations have a fear of war from another country from the vintage time , thus this means the fear is also from the outside but yet as we have developed international justice system to look into issue between the each other nations which have reduced the fear of nuclear war as well .

The most current example of issue can be witnesses by the US government facing to high no of criticism on the freedom of purchasing weapon without taking prior consent of the state, yet being the most developed and largest number of educated population even they are facing the problem of making a balance between the public safety and civil liberties and the balance on convenience and titled towards the public safety so to justify death penalties by the court. similarly in India yet we have a proper mechanism or licensing of the weapons but as per the 2011 survey most of the crime which involves the weapons such as country made pistol or tamancha , this are illegal yet are easily accessible to the public and are cheap and does not require people to have license , to it is clear that India even after being the concept of licensed weapon, are dealing with such country made weapons issue and it’s getting crucial yet compulsory for government to curve out such issues in the public safety interest. The right to liberties are yet confirmed to very one but we have formal duty while maintaining and enjoying our liberties we need to respect the liberties of others as well and once a person in inflicting  such liberties and is doing a crime it is consider as crime against the whole society and till the time such persons are not detain the element of fear and the anxiety to enjoy their own liberties cannot be accomplished fruitfully hence the balance is titled towards the public safety then personal liberates of any individual yet we are adopting formative system to improve the criminal as when the time comes they could understand the value their liberties.