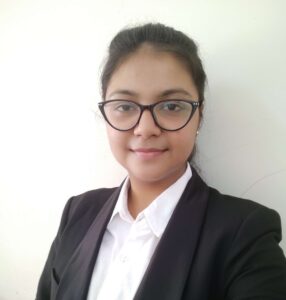 United States (US) issued a notice on 21st May, 2020 that it will exit the Open Skies Treaty (OST). US President Donald Trump stated that the reason for exit from the treaty was that Russia was not adhering to the terms of Treaty and so until Russia decided to adhere to the terms of treaty the US would continue to pull out of the pact. The President also gave an indication of making another pact or reassessing the present treaty, as deemed necessary. Officials said that Russia refusing for flights over its sensitive areas was the main motivation for US withdrawing from the Treaty. Senior officials stated that the formal withdrawal would take place in six months, depending upon the terms of the original agreement.

The Open Skies Transparency Pact is a treaty signed by the then members of the North Atlantic Treaty Organisation (NATO) and Warsaw Pact. The pact became effective in the year 2002. The main idea of the pact is to promote openness and lucidity in military forces and a vigil on their activities through “mutual aerial observations”. The idea is that more the rival countries know about each other’s activities, less is the chance of conflict between them. Its current members tally is 35 countries, including US, Russia and many European and Eurasian countries.

HISTORY OF THE PACT

The idea of Open Skies Treaty was first put forward by President Eisenhower in 1955 at a Geneva conference meeting. The concept proposed that the United States and the Soviet Union conduct surveillance overflights over each other’s territories to reassure each other that one country was not preparing for an attack on the other. However, the idea was struck down by Nikita Khrushchev, Soviet General Secretary due to the fears and suspicions of a Cold War.

The concept was again proposed by President George H.W. Bush thirty- four years later in 1989 as a means for the build-up of confidence and security between all the member countries of the North Atlantic Treaty Organization (NATO) and the Warsaw Pact and the concept was accepted by Soviet leader, Mikhail Gorbachev. In February 1990, an international Open Skies Conference was held in Ottawa, Canada involving all the member countries of NATO and Warsaw Pact. Several successive negotiations took place in Budapest, Hungary, Vienna, Austria, and Helsinki, Finland. The Treaty held in Helsinki, Finland on March 24, 1992 was signed by James Baker and foreign ministers from 23 countries. After the completion of ratification procedures by Belarus and Russia, the Open Skies Treaty came into force on January 2, 2002. Eventually, the Treaty has 35 member countries in the present state.

The Treaty in its centre, aims to lower the desire and the fear of surprise attack by any member country by assuring of photographic evidence of any military movements and activities across the Euro- Atlantic region. Each party is allowed to conduct a certain number of flights over a member country and also has to allow the conducting of similar observation flights by the other member country over their territories. The observing countries need to use camera with a resolution well below the state- of – the- art technology and should be verified. The treaty permits only limited kinds of technology to be used and then the imageries can be made available to any member countries.

SIGNIFICANCE OF THE TREATY

The concept of the Treaty is simple and clear but the operation under this Treaty is intensely detailed and comprehensible. With the formation of Open Skies Treaty, the post cold war era has converted in to an era of accountability and openness among the countries. The Treaty has opened the territories of the member countries to each other with the liberty to even capture photographs. This has reduced the fear among the countries of any surprise attacks by other member countries and has also built confidence between them. The pact not only has given the opportunity to analyse the military activities in other countries but to monitor the non- military activities like environment in the other countries also. The notion that the countries may seem to attack others seems unrealistic with this Treaty.

IMPACT OF THE US WITHDRAWAL

Over the last few years, frustrations and disputes among the members of the Treaty have arisen due to peculiar Russian activities. However, former European military and defence chiefs signed a statement on the issue that the US withdrawal from the treaty would be a major blow to the security of the member countries. Some Democrats also put forward their concern that the withdrawal of the US would result in sabotaging of alliance with the European allies as these allies depend upon the aerial imageries monitor the Russian military activities.

NATO allies and countries like Ukraine bordering Russia had urged US not to withdraw from the Treaty as this would end overflights on Russia, loosening the European security at a time when the Russian- backed separatists are holding parts of countries like Georgia and Ukraine.

The disputes of any kind within the Open Skies Treaty are managed by the Open Skies Consultative Commission (OSCC). The OSCC considers topics of treaty- compliance, treaty- membership decisions, etc. With 35 member states and an enormous book of rules, there are sure chances of disputes between the members. The OSCC ensures effective implementation of the Open Skies Treaty and its members include the representatives of all states- parties.

Observation aircrafts used in the mission are equipped with sensors for the identification of important military equipment by the observing party. Only four kinds of sensors are permitted which can be equipped on the observation flights. These include- optical panoramic and framing cameras, video cameras with a real- time display, infrared red- lining screening devices and sideways looking synthetic aperture radar. A copy of the entire observation data should also be provided to the host member country. The other member countries can only obtain the mission report but do have the option to obtain the observation data by purchasing the collected data from the observing member state.

International security is not an easy condition. The countries need to have co-operation and confidence among each other to have a peaceful arrangement and transparency. This peace and security take years to build up and one of such pillars of peace and security is the 1992 Open Skies Transparency Pact. This Pact has proved to be an essential step to build peace and trust between the countries as the observation flight allowed under the Pact provides confidence to the other countries that there is no fear of any surprise attack on them. Even when situations are tense between some countries, the observation flight helps to preserve the veil of transparency and trust covering these countries. However, with the US taking its exit from the Treaty, the monitoring of Russia’s military activities will be affected and so this veil of trust and transparency will be removed and the US allies will also be endangered.

Since the countries started developing nuclear arms, the Treaty had sought to avoid a war by the overcoming of distrust, negotiation of military agreements and thus avoiding tensions of a surprise attack. Without proper information of each other’s capabilities and developments in military activities would lead to worst- case decisions and lead the countries to take wrong decisions which could lead to unavoidable wars.

Although, there are certain political and territorial disputes of Russia with other countries, it is not justified of US withdrawing from the Treaty. There can be disputes in any Treaty but these issues can be solved professionally or by sensible dialogue. The withdrawal will lead to more damage as the security of the US and its allies will be endangered, instead the US needs to stick to its commitment to the terms of the Treaty. The US should aim to preserve the visions of this Treaty.

The Open Skies Transparency Treaty aims to foster the confidence and transparency among countries on military activities through collection of information with the aid of aerial imaging technique. The aim of the Treaty to develop openness between the countries on military activities and openness has made it one of the biggest arms control efforts by increasing trust and confidence throughout the globe.

The most important and basic fact about the withdrawal of US from the Treaty is that if the US withdraws, then Russia may also withdraw due to non- observation over the US territories and Russian withdrawal would lead to non- observation of the Russian territory by the other countries which would lead to endangering of security as a fact of ongoing border tensions between Russia and other European countries cannot be denied. So, the US should reconsider its decision of withdrawing from the Open Skies Transparency Treaty.