The Intellectual Property Regimes: Compare and Contrast in India and UK 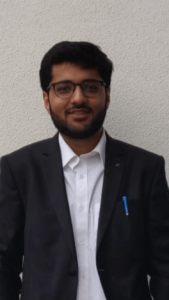 This Blog is written by Shaurya Nagpal from Bennett University, Greater Noida. Edited by Pranoy Singhla.

Intellectual Property Rights (IPR) are the legal rights which protect the creation of a human intellect. These rights are of prime importance and prove to be very beneficial for the owner by granting protection and monopoly over the use of such creation. The development in the field of intellectual property over the recent years has proved to be very pivotal in various sectors through preserving the rights of the innovators along with facilitating the promotion of innovation, technology, Research and Development through well implemented policies and statutes. The key aim of bringing in IPRs was to curb the infringement of inventions, R&D processes etc. of the companies or individuals and subsequently promote invention, design and other forms of creation. Intellectual Properties are considered to be valuable intangible business asset and therefore, the IP regime of a nation determines the investment pattern. Globally, the IP has tremendous contribution in the national and state economies. Numerous companies and individuals across the global economies rely on transparent and smooth enforcement of their patents, trademarks, copyrights and designs. These are vital not only from a business supplier or manufacturer perspective but also provide satisfaction to the consumers that the product is safe and guaranteed. Well established and strong IP laws tend to instate confidence in the consumers along with ensuring reliability and authenticity of the product. Furthermore, IP laws have aided in the prevention of the infringement of critical developments which are taking place in the field of medicine, technology etc. and has thereby facilitated working on serious global challenges. For eg: From approximately 300 products on the World Health Organization’s Essential Drug List, which have been declared critical to saving or improving people’s lives around the globe, came from the R&D-intensive pharmaceutical industry that have relied on the patent protection granted through the IP laws. Therefore, the IPR field is a growing and progressive one, with various developments around the world, IPR laws have proved to be very crucial in preserving the interests of the developers.

Both India and UK follow the principle of common law, thereby making their IP regime similar in few aspects. However, the differences in their respective IP laws still exist from varying eligibility criteria to different registration process to ratification of different conventions and treaties dealing with preservation of IPRs. The IP regimes of both UK and India majorly covers 4 aspects which have been discussed herein:

Copyright laws in both of these countries are similar to a large extent and mainly focus on the concept of originality. The aspect of copyright has been covered under the Copyright, Designs and Patent Act (CDP Act), 1988 in UK and in India it has been dealt under the Indian Copyright Act, 1957.  A crucial point in UK intellectual property regime has been that even the online copyright violators have been equalled to direct copyright violators through the enforcement of Digital Economy Act of 2017. Also, UK has ratified the Beijing Treaty which aims to grant intellectual property rights to audio-visual performers, India on the other hand has not ratified any such treaty. Moreover, the duration of term of copyrights varies in both regimes with India granting it for 60 years from the beginning of the calendar uniformly for all types of work, under the UK IP regime, the duration of copyright is not uniform and varies from work to work.

In India, the statute dealing with patents, i.e., The Patents Act, 1970 under section 3 and 4 tends to exclude the inventions which are not patentable. Similar provisions have been provided in the U.K. Patent Act, 1977 under subsection 2-5 under the first chapter of this Act. Furthermore, section 6 of the Patents Act, 1970 permits application for a patent from a legal representative of a deceased person who before the death was entitled to file such an application however, in UK under the Patent Ac, 1977 there is no such provision for a legal representative of a deceased person. Moving further, when it comes to the duration of patent, the term of a patent is the same in both India and UK under their respective statutes, i.e., 20 years from the date when application for patent is filed.

In UK, the trademarks have been dealt under the UK Trade Mark Act, 1994 whereas in India it has been covered under the Trademark Act, 1999. A key difference in the provisions of these Acts is that under the former, provisions have been enshrined from sections 3-8 which deal with refusal of registration with the trademarks that have been specially protected under section 4 of this Act but, there is no such thing specified in latter. Also, the Singapore Treaty which aims to develop an international modern and dynamic framework for trademark registration procedure has been ratified by UK but not by India. In India, a trademark registration can take upto 2 years and is granted for a duration of 10 years and thereafter can be renewed for a further period of 10 years. In UK regime as well, the initial duration of a trademark is 10 years but permits it renewal after the time lapses.

Although, the Indian IP regime has largely been based on the British IP regime, there still lie some small yet significant differences. As there is a progressive rise in international business and trade, Intellectual Property Rights have become all the more important. Major investment decisions by big companies in a nation are dependent on the IP regime of the land with foreign equity traders undertaking a thorough inspection of the Intellectual Property laws and their loopholes. This has prompted numerous countries including India to strengthen its IP regime to avoid any legal or economical drawback in the current IPR structure. From the Indian perspective, the IP regime faces a crucial challenge in its enforcement. From time to time, various issues have been raised dealing with lack of transparency or instances of bureaucratic delay, and considerable time being taken in court proceedings. These lacunas in the Indian IPR regime can pose critical challenges in the long run for overall growth of the nation. The UK system on the other hand is although complicated in some fields, but the process of registration and the related proceedings is smooth to a large extent. Overall, from a global perspective, there has been a notable role of IPRs in driving economic growth and competitiveness. Therefore, the immense importance of Intellectual Property in generating solutions to global problems and challenges and promoting innovation calls for an IP regime across all nations which protects the interest of all the stakeholders, flexible and transparent laws and duly awards all the innovators and entrepreneurs in order to ensure the benefit and well-being of the society and its citizens in the long run.