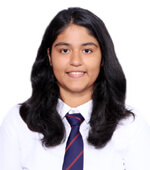 This Blog is written by Ridhima Mehrotra from Symbiosis Law School, Noida. Edited by Prakriti Dadsena.

South Korea announced on 3rd May 2020 that a cross-fire had taken place within the Demilitarized Zone (DMZ) between North and South Korea. Through shooting the four small arms-raids at the South Korean guard post, North Korea had breached Armistice Agreement 1953.  In reaction to the attack of two volleys of gunfire, South Korea breached the pact.

After two and a half years, the shootings happened and, according to sources, no victims were killed. In addition, North Korea was warned by South Korean broadcast messages that the shoots resulted in violation, following the meeting between the leader of North Korea Kim Jong Un and President Moon Jae-In from the inter-Korean military agreement in 2018. The Pyongyang Joint Statement of September 2018, which stated that military tensions between two countries would be reduced [1], was one of the terms of the agreement. The country was also investigating the shooting and sending messages to North Korea to find out the reason for the shooting, but it had no response.

The United Nations Headquarters, now headed by General Robert B. Adams of the United States, investigated the shooting and found that the two sides had broken Armistice agreement. The inquiry did not, though, decide whether the bullets were intentionally or accidentally fired. North Korea’s military did not give a formal response when the UNC invited the military to join.

The Korean War began on 25 June 1950 when South Korea was intruded by the North Korean people’s army after the five years of sparkling tension by attacking strategic spotlights along the line that divided North Korea’s communist party from the North Korean Republic in the South. The North Korean Army advanced and retreated down the South Korean Peninsula for several months during the war and the South Korean army did not plan the sudden assault. In an attempt to take Seoul, as well as Uijong-bu in the north gate of Seoul, North Korea invaded the south from east, west, and central directions. Upon recommendation from the United States, Washington, and the United Nations Security Council agreed to suspend the attack upon North Korea on the 38th parallel line and vowed to also assist South Korea. North Korea ignored the decision and continued marching in the direction of Seoul. The U.S. decided to deploy its military force to South Korea, which turned the tide of the war and soon pushed the U.S. and South Korean forces into North Korea and its borders with China. The people of China launched massive attacks in November and December 1951 on American and South Korean armies by hundreds of thousands of troops.

On July 27, 1953, the Two year and six months Korean War ended when the United Nations Commander-in-Office William Harrison of United Nations, Jr, Lieutenant-General of North Korean Army and People’s Volunteer Army of Korea, signed the Korean War Armistice Declaration, which was ratified by the U.S. Army. The armistice created a committee of neutral country representatives to decide for both sides about the fate of the thousands of prisoners of war. There was also a new border between South Korea and North, supplying South Korea with extra territories and the demilitarized area between the two nations. However, because President Syngman Rhee refused to consider despite failing to unify Korea by force, the Armistice agreement has not been signed by South Korea. There was no official declaration of the end of the war and therefore the countries officially fought at war. It was only a truce between the two countries.

Millions of Koreans, Chinese and more than 50,000 Americans lost their lives during the fighting. It was a frustrating war for Americans who used to force their enemies to surrender unconditionally. Many were also unable to understand why the US had not extended the war to China or used its nuclear arsenal. Yet these behavior would certainly have escalated to World War III, as government leaders were well informed. [2]

2• Removed all army and equipment from an area of 4,000 m, which established the Demilitarized Area as a buffer between forces;

3• Prevented the air, the ground or the sea areas controlled by both sides from entering;

4• The release and repatriation of prisoners of war and displaced persons is arranged;

5• The Military Armistice Commission (MAC) and others have been formed to address any abuses and ensure conformity with the Terms and Conditions. [3]

LOOPHOLES IN THE ARMISTICE AGREEMENT

In spite of all the conditions laid out in the armistice resolution and the persistent decline of the frameworks for enforcing armistice provisions, the DMZ (Demilitarized Zone) has retained a remarkable status quo. Over decades, the existence of the buffer zone itself has not been seriously challenged, apart from several serious but isolated incidents, although fears remain on both sides that war could be reopened any moment, as only a tenuous armistice agreement remains in effect between the two sides. This is primarily because, in spite of effectively avoiding an emergence of a major armed war, the armistice was never meant to be a lasting peace treaty but a brief cease-fire which as such left a disturbing legacy of unfinished conflicts. [4]

Maritime borders were one of the most controversial and troubling disputes. The armistice stated that in the Yellow Sea, near the land divisions between the two Korean islands, the five adjacent offshore islands remained under UNC and, therefore, de facto under South Korean control. However, the armed wing does not specify any maritime line for the demarcation, mainly because the UNC (United Nation Command) wanted to base it on 3 nautical miles (5.6 km), while North Korea was insisting on 22 km. This was postponed to a later date, due to the impasse. Rather, the UNC has established a de facto northern boundary line (NLL). In the meantime, the lack of a formal agreement led to a number of limited and sometimes fatal events between two Koreas over years involving access to maritime areas that are high in marine resources. The absence of a maritime boundary remains a potentially dangerous point of departure for further conflicts.

PERMANENT PAUSE IN THE BITTER WAR

The Korea Peninsula Peace Treaty was proposed as a follow-up to a post-war Korean Armed Forces Conference of 1953 to settle the military tensions on the Korean Peninsula formally. If the outbreaks of small-scale conflicts on the Korea Peninsula were not fixed, a peace settlement would restore the armistice that stopped war on Korean Peninsula. The armistice was a diplomatic agreement, which lay out the terms for a cease-fire. A peace deal would have been more difficult. Korea, a Japanese colony, was divided into two zones after 1945 the end of the Second World War. The Soviets took the north, the Americans the south. [5]

With the signature of the declaration of Panmunjom, the two leaders expressed their resolve to end the long-term cold war and proclaimed that

1) The blood ties between North and South Korea are to be reconnected and Koreans’ welfare and reconciliation progressed.

2) Both parties have agreed to hold dialogs and talks in various fields, including in early consultations at a higher level, and to take concrete measures to enforce the agreements concluded at the Summit.

3) Both countries will stop all acts of hostility in all areas and will also turn the DMZ into a peace zone.

4) The two sides agreed to end the war on the 65th Anniversary of the Armistice Declaration and, by substituting a peace deal for a lasting and stable system of stability, they have agreed to join trilateral meetings involving North and South Korea, the United States and China.

5) Two nations have reiterated their shared goal to achieve the nuclear-free Korean Peninsula by complete denuclearization.

As no official announcement of the end of the Korean War has occurred, North and South Korea would then work for a change in their relations and pursue a possible compromise through bilateral negotiations and talks that will ultimately lead to a peace deal that officially put an end to the Korean War. The denuclearization of the Korean peninsula and the United States from South Korea by its nuclear capability is a precondition for maintaining security, stability, reciprocal cooperation and prosperity.